The new Land Rover Defender V8 packs in a 5.0-litre and clocks triple-digit speeds in around 5.0 seconds. 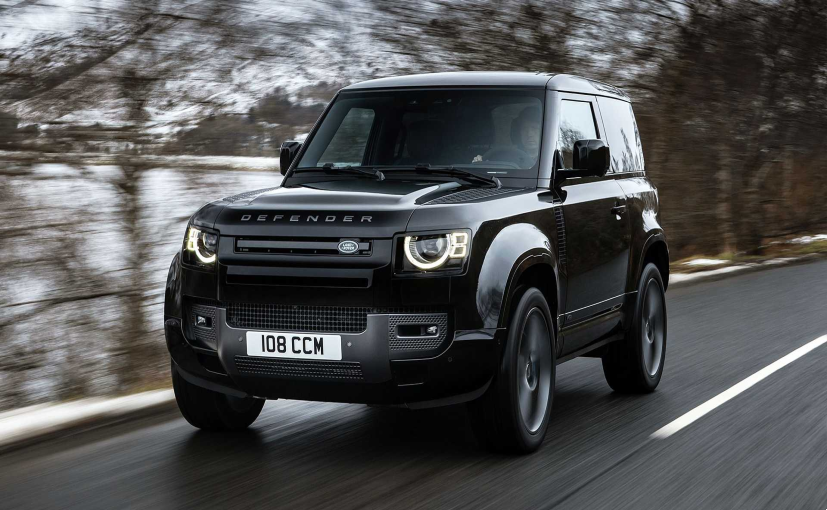 View Photos
The new Land Rover V8 Defender gets a 5.0-litre V8 motor under its hood.

Land Rover has unveiled the new Defender V8 and it comes finished in the Grey paint shade with Navrik Black roof which looks absolutely stunning on this new iteration. Then, these models are also equipped with Satin Black headlights and xenon blue brake calipers which look really sporty. The new Land Rover Defender V8 packs in a 5.0-litre, V8 motor that puts out 511 bhp and 625 Nm of peak torque and can clock triple-digit speeds in around 5.0 seconds while clocking a top-speed of 240 kmph. 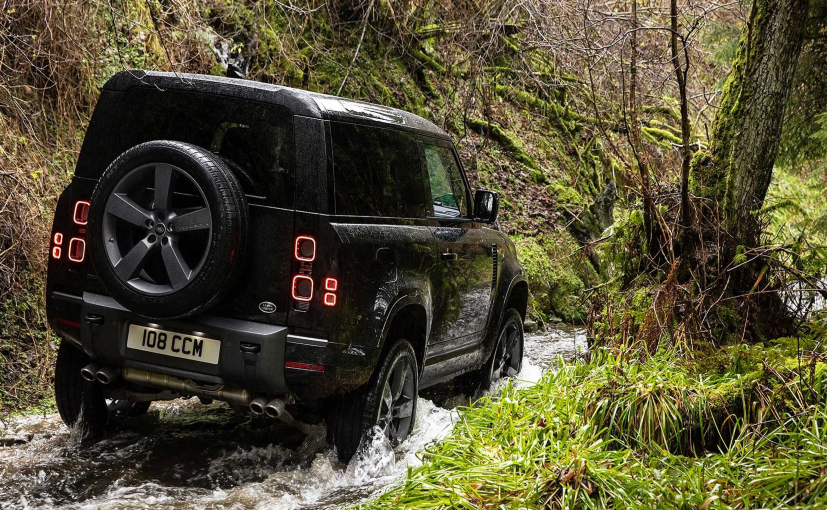 Just to give you an idea, the last iteration of the Defender launched in India was the PHEV P400e which is powered by a 2.0-litre, four-cylinder, BS6 petrol engine and in combination the hybrid powertrain belts out 386 bhp and 640 Nm of peak torque. The powertrain is mated to a torque convertor automatic transmission that channelizes power to all four wheels through Land Rover's latest Terrain Response four wheel drive (4WD) system. The PHEV iteration Land Rover Defender at 5.6 seconds is also pretty quick to 100 kmph from standstill. 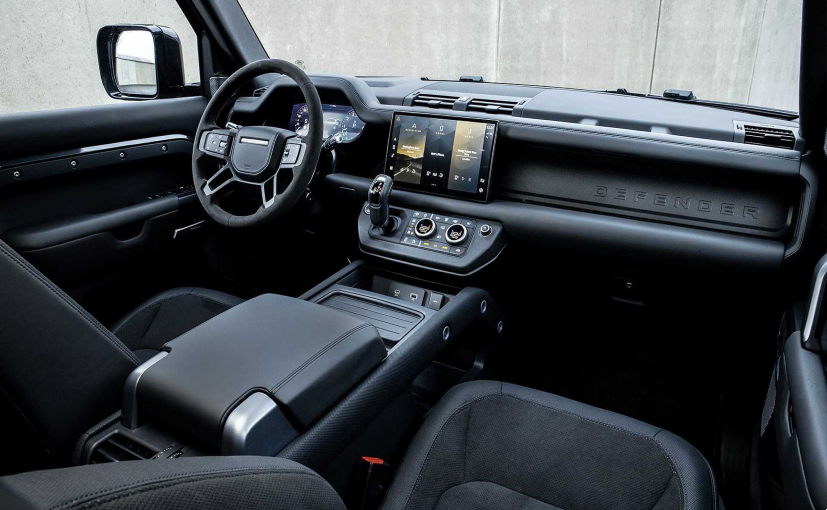 The new Land Rover Defender gets an all-black cabin.

Even on the inside, the new Defender V8 is finished in all-black which looks really sporty, while everything else remains standard to the standard model. Land Rover has added plenty of elements that pay homage to the original Defender including the Aluminium castings on the windows and the split taillights that now get LED treatment and all that while retaining its boxy silhouette. The Terrain Response 2 system can be configured to optimise traction and also automatically raise itself by 145 mm when going off-road. The pneumatic suspension can reduce the ground clearance by 50 mm to improve the ingress and egress. The SUV has a maximum wading depth of 900 mm. The new Land Rover Defender V8 will cost around $ 108,000 for the base trim in US which is around ₹ 78 lakh in Indian currency.