In the first phase, the Apterra AT2 has been launched in 8 rim sizes to cater to most of the prominent SUVs sold in India and will introduce 6 more sizes in the second phase. 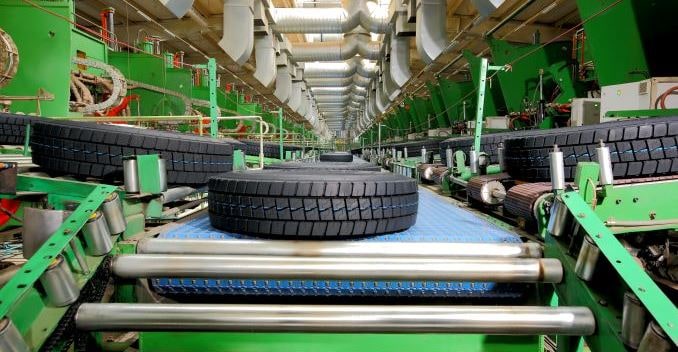 View Photos
The new Apollo Apterra AT2 range has been designed for SUVs.

Apollo Tyres has launched its new range of all-terrain tyres which have been specifically designed for SUVs. With launch of the new Apterra AT2 range of tyres, Apollo has also shifted its focus towards the burgeoning SUV segment. According to the company, the Apterra AT2 is a multi-purpose tyre which offers a smooth run on highway with controlled NVH levels and can tackle rough surface as well. Apollo's Netherland and Chennai R&D team have worked together on the product and have designed it for several markets across the globe.

In the first phase, the Apterra AP2 has been launched in 8 sizes to cater to most of the prominent SUVs sold in India and will introduce 6 more sizes in the second phase. The tread blocks of the Apterra AT2 extends to the side walls in a bid to provide additional traction on soft sand and the gaps have been designed to reduce the rolling resistance and control NVH levels. Moreover, it's been designed using DPF technology and gets 3D interlocking which offers smooth ride over rocks and gravel.

Commenting on the launch, Satish Sharma, President, Asia Pacific, Middle East & Africa (APMEA), Apollo Tyres Ltd said, "We are sharpening our focus on the SUV segment in India, with specialised tyres for different terrains, as this vehicle segment is growing faster than passenger cars. The excellent test results, and the global efforts that have gone into developing the Apollo Apterra AT2, gives us the confidence that this tyre will set a new benchmark in the all-terrain tyre space, and will further propel our leadership in the SUV segment."

The company is also planning to increase its market share in the Indian Passenger Vehicle tyre business through both OEMs and aftermarket sales. At present it has 520 Apollo branded stores in India and around 2500 retailers. Apollo branded stores at present contributes around 44 per cent of its sales and it is planning to double its reach by 2020.