The drop in market share was recorded between April to August 2019. 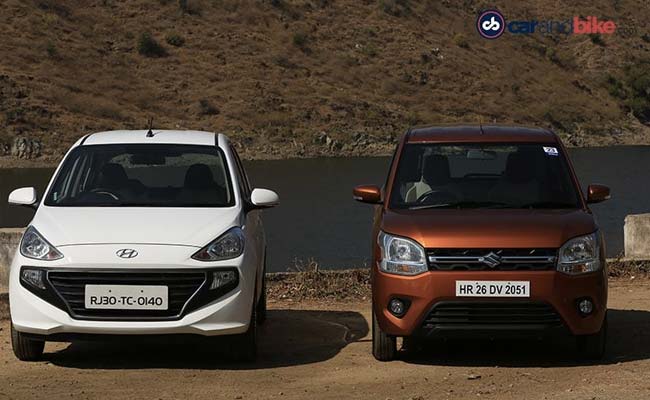 View Photos
The drop in sales have of course affected even the market share of auto companies.

The automobile sector has been a witness to the biggest drop in sales ever since 1998 and there are several factors that have contributed to this. Right from new emission norms kicking in to raw materials and fuel prices soaring, to GST rates and finally, low buying sentiment. The drop in sales have of course affected even the market share of companies in the country and it is Maruti Suzuki, which has seen the steepest decline in its share. The market share of Maruti Suzuki from the month of April-August 2019, fell by 2.34 per cent taking its market share to 49.83 per cent. The company sold 5,53,064 units during this period compared to 7,57,289 units in the same period in 2018. Tata Motors too saw its market share go down by 1.39 per cent and the company managed to grab just 5.41 per cent of the pie compared to close to 7 per cent in the same period in 2018.

The steep drop in Maruti Suzuki's and Tata's market share in India has helped car manufacturers like Hyundai as it saw its market share soar by 2.76 per cent from April-August 2019. This growth can be attributed to new car launches like the Hyundai Venue, Santro and even the Grand i10 Nios. All three cars catered to a segment which is in demand and of course delivering on the feature and pricing front too. Hyundai sold a total of 2,03,729 vehicles from April-August 2019 and this has seen its market share cross the 18 per cent mark.

Another manufacturer who has made a stride in terms of improvement in market share is Mahindra. The company, with the success of its cars like the Marazzo, Alturas G4 and even the TUV300 has managed to grab 1.19 per cent market share from April-August 2019. The company's market share in India has gone up to 8.08 per cent, from 6.89 per cent during the same period in 2018. Toyota, Skoda, Volkswagen and Renault too saw a marginal rise in market share too.