BAIC Group, which already owns a 5% shareholding in Daimler, has started buying the German company's shares from the open market. 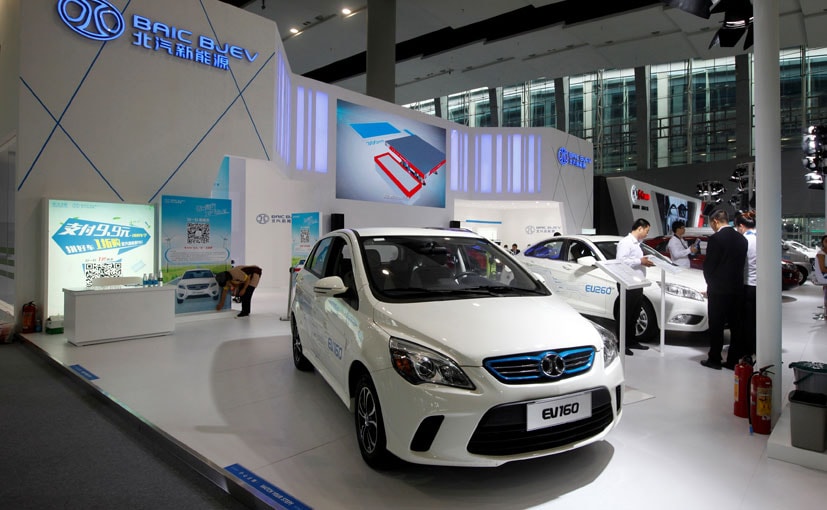 Daimler's main China joint venture partner BAIC Group has set in motion a plan to double its stake to around 10% and win a board seat in the German luxury car maker, as it aims to upstage rival Geely, two sources told Reuters.

State-owned Beijing Automobile Group Co Ltd (BAIC), which already owns a 5% shareholding in Daimler, has started buying the German company's shares from the open market, said the sources who were briefed on the matter.

BAIC is currently Daimler's third largest shareholder but a stake of 10% will make it the biggest shareholder, surpassing its Chinese automaking rival Zhejiang Geely Holding Group which owns 9.69% of the German automaker and is seeking to expand its partnership with Daimler in China.

With the shareholding of around 10%, BAIC is looking to secure a seat at Daimler's supervisory board, which Geely does not currently have, the sources said.

HSBC, which advised BAIC on its 5% stake purchase in Daimler earlier, is helping the Beijing-based group in the new investment, one of the sources said.

Daimler said in a regulatory filing last month that HSBC held 5.23% in Daimler's voting rights directly as well as through instruments such as equity swaps as of Nov. 15.

When asked by Reuters, Daimler said it had not received any notification about BAIC having raised its stake. Daimler's China chief Hubertus Troska said on Friday "we welcome long-term investors in Daimler". Asked about BAIC and its potential to become a larger shareholder, he added, "we like each other. Let us see how things develop."

A third source familiar with BAIC's thinking said that BAIC wanted to be a bigger shareholder than Geely in Daimler in order to be seen as the German automaker's senior-most partner in China.

BAIC and Geely did not respond to requests for comments made after usual business hours. HSBC declined to comment.

The sources declined to be named as they are not authorised to speak to media.

Reuters reported in November that BAIC had signalled intentions to extend its investment in Daimler, citing sources familiar with the matter. BAIC has been Daimler's main partner in China for years and operates Mercedes-Benz factories in Beijing through the two automakers' main joint venture, Beijing Benz Automotive. Two months before its 5% stake purchase was announced in July, sources told Reuters that BAIC wanted to invest in Daimler to secure its investment in Beijing Benz Automotive.

BAIC built its 5% Daimler stake after Li Shufu, chairman of Zhejiang-based private automaker Geely, built a 9.69% stake in Stuttgart-based Daimler in early 2018. By using Hong Kong shell companies, derivatives, bank financing and structured share options, Li kept the plan under wraps until he was able, at a stroke, to become Daimler's single largest shareholder. Since the investment, Geely and Daimler have said they plan to build the next generation of Smart electric cars in China through a joint venture. Geely owns Volvo and a 49.9% stake in Malaysian car maker Proton, while BAIC, in addition to Daimler, has a partnership with South Korea's Hyundai Motor.