Custom Harley-Davidson Is The Most Expensive Bike In The World

The customised Harley-Davidson Blue Edition commands a sticker price of 1.5 million Euros - that is around Rs. 12 crore! 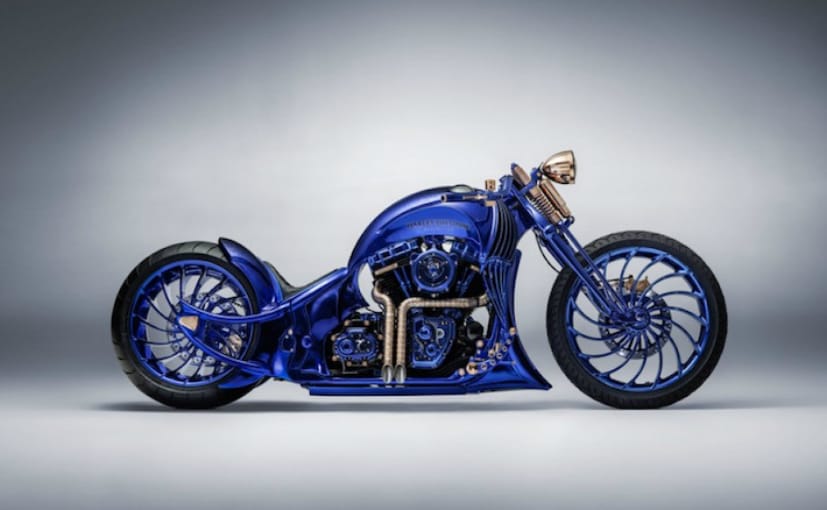 A customised Harley-Davidson Softail Slim S from Switzerland has become the most expensive motorcycle in the world, thanks to the 1.5 million Euro (around ₹ 12 crore) price tag it commands. The prohibitive pricing though isn't because of the bespoke customisation the bike has undergone, but rather due to the fact that various jewels and precious stones have been used to adorn the bike, and not to forget the various gold plated bits on the bike that gives it its near-impossible price tag. 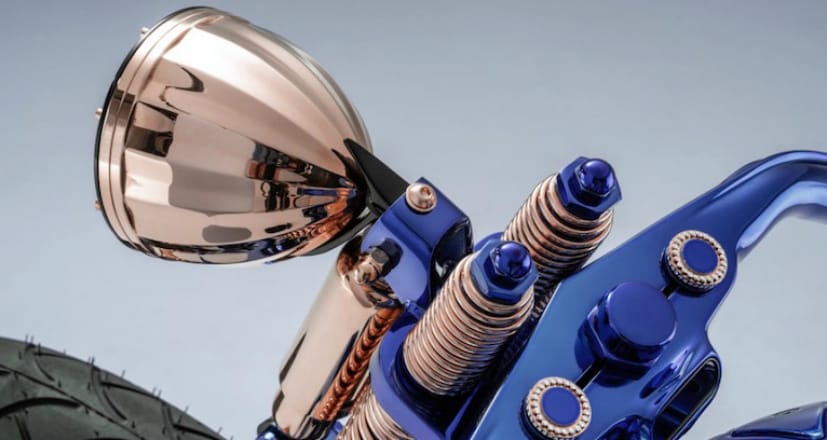 The Harley-Davidson Blue Edition has been commissioned by high-end Swiss watch and jewellery purveyor, Bucherer, to promote the company's Blue Editions watch collection. The bike started off as a stock Harley-Davidson Softail Slim S, before the cruiser was transformed into what it eventually became. The effort took over 2,500 hours of labour and the project took over a year to design and produce. Motorcycle specialists of Bundnerbike collaborated with eight members of the watchmakers of Carl F. Bucherer, the jewellers of Bucherer Fine Jewellery to finally come up with the Harley-Davidson Blue Edition. 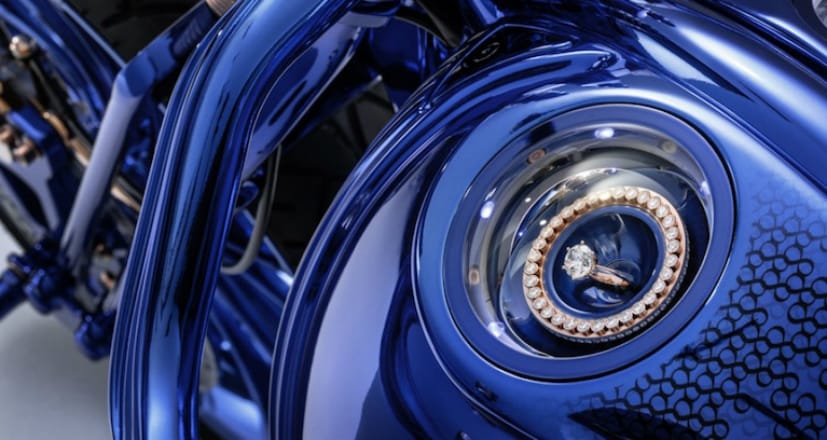 The Harley-Davidson Blue Edition even has a 5.4 carat solitaire ring

Why the prohibitive price tag? That's because, the H-D Blue Edition uses as many as 360 diamonds to embellish the motorcycle, and the screws used in the bike are gold plated as well. The Softail was stripped down and the new bodywork was fabricated giving the Harley something of a mix between a Bobber and a Chopper look. The Blue Edition was unveiled on May 9, 2018 in Zurich at a launch event for what is now the world's most expensive motorcycle. Only a single example of the Blue Edition is produced considering the stratospheric price tag it commands. 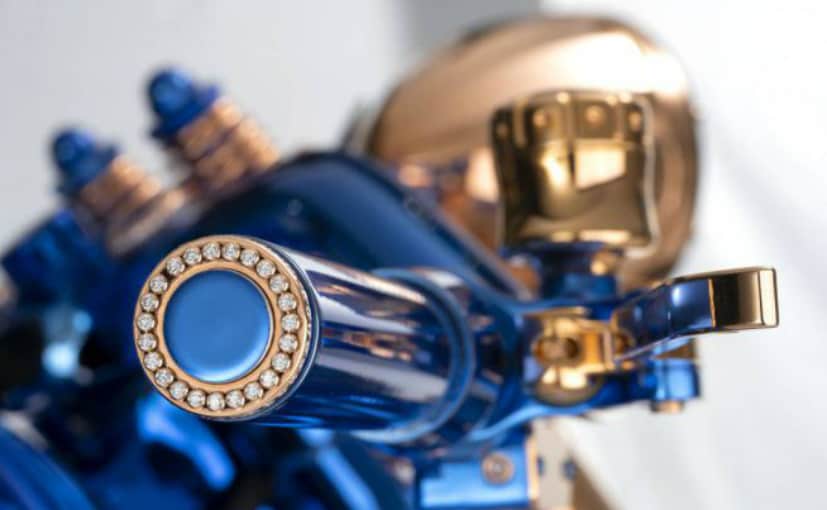 The highest paid amount for a bike in history is a 1951 Vincent Black Lightning which was auctioned earlier this year by Bonhams for $ 929,000 (around ₹ 6 crore). Given the amount of precious stones the Blue Edition has on its body, including a 5.4 carat solitaire ring as well as a special custom-made watch, and other bits of precious stones and diamonds, it's highly unlikely that the Blue Edition will ever be ridden on public roads, and could probably be more of a statement made by the two companies for promotional purposes.