Energy Efficiency Services is in talks with state officials of Telangana, Madhya Pradesh and Rajasthan for supplying electric vehicles. 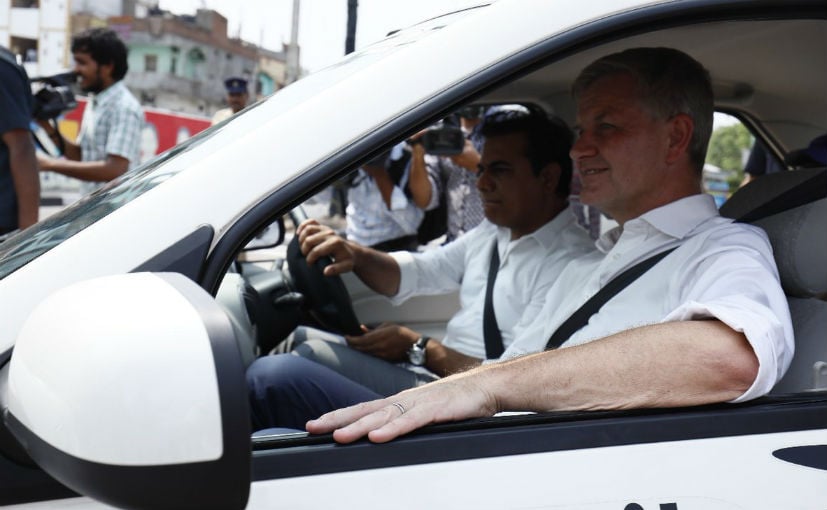 State-run Energy Efficiency Services (EESL) is in talks with state officials of Telangana, Madhya Pradesh and Rajasthan among others for supplying electric vehicles (EV). EESL, a joint venture company of government-owned four power sector companies including NTPC, Power Finance Corporation, Rural Electrification Corporation and Power Grid, has so far signed agreements with states like Maharashtra, Andhra Pradesh and Gujarat to supply electric vehicles for government use. While AP has signed an agreement to procure 10,000 EVs, EESL will be supplying 8,000 vehicles to Gujarat and 1,000 (in first phase) to Maharashtra.

Hon’ble Minister @KTRTRS & @ErikSolheim spark #Telangana’s journey towards #emobility with a drive in the 1st #EV delivered to the state!Momentous occasion in the state’s progress towards responsible #energy use & #sustainable development. @RKSinghIndia @MinOfPower @TelanganaCMO pic.twitter.com/hkSpgV3cMe

"We are in talks with various states including Telangana, which will be soon launching its EV policy, Madhya Pradesh and Rajasthan among others," said EESL managing director Saurabh Kumar.

Kumar said nearly 200 electric vehicles are already operating in the Delhi-NCR region and soon another 150 EVs will be added to the existing fleet and another 100 have been delivered in Andhra Pradesh.

"For the other states, we will not be able to give the numbers as we have not signed the agreements, but we believe it will be significant," Kumar added.

In the first phase of the EV program, EESL had floated global tender for 10,000 electric which was split into two parts 500 vehicles were to be procured in the initial phase and the rest in the second part. Tata Motors and Mahindra &Mahindra had emerged as successful bidders in the first tender of the EESL for 10,000 cars.

When asked about the company's decision to extend the bidding timelines for its second phase of 10,000 cars, he said, "we are still waiting for the department of heavy industry to finalize its new policy on charging stations before going ahead with a new tender for buying electric cars. We are told that the policy will be out soon."

Kumar further said the new policy would incorporate all the prevailing standards on charging stations, thus attracting more players to the expanding market.

As per the agreement between EESL and Maharashtra, the company will support the state's vision of generating investment worth Rs 25,000 crore in EV and component manufacturing, assembly enterprises and charging equipment manufacturing.