The F8 Spider is the latest addition to the bloodline of open-top V8 cars begun with the 308 GTS in 1977. It is less extreme than the 488 Pista Spider, but sportier than the 488 Spider which it replaces in the range 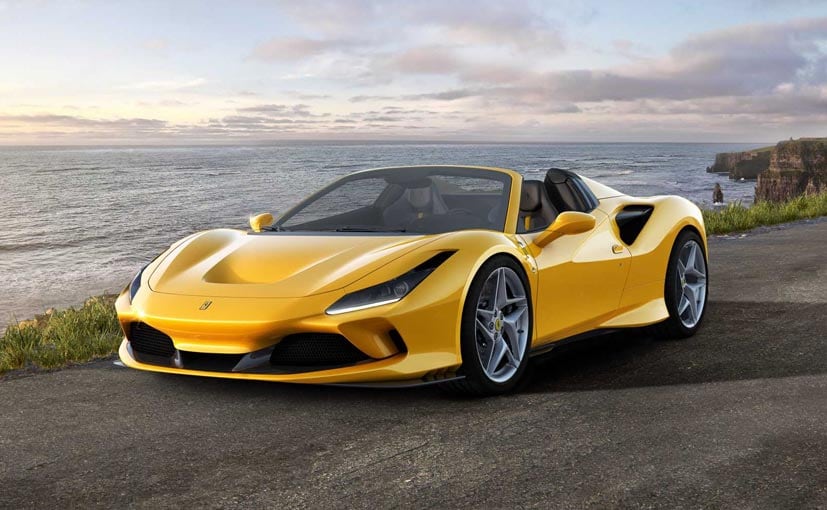 Ferrari has unveiled the F8 Spider, the new generation drop-top sports car and has equipped it with the successful mid-rear-mounted V8 in history. The Ferrari F8 Spider was designed in parallel with the F8 Tributo berlinetta and features the RHT (Retractable Hard Top). The F8 Spider is the latest addition to the bloodline of open-top V8 cars begun with the 308 GTS in 1977. It is less extreme than the 488 Pista Spider, but sportier than the 488 Spider which it replaces in the range.

The V8 powering the Ferrari F8 is a development of the same engine that won the International Engine of the Year Award for four consecutive years (2016, 2017, 2018 and 2019). Ferrari says that the F8 Spider unleashes its power instantaneously with zero turbo lag, whilst retaining this V8's unique and very special soundtrack. The F8 Spider replaces the 488 Spider and improves on all aspects of its specifications. It's 20 kg lighter than its predecessor. It weighs just 20 kg more than the more extreme 488 Pista Spider and is significantly more aerodynamically efficient too and features the new 6.1 version of the Side Slip Angle Control system. 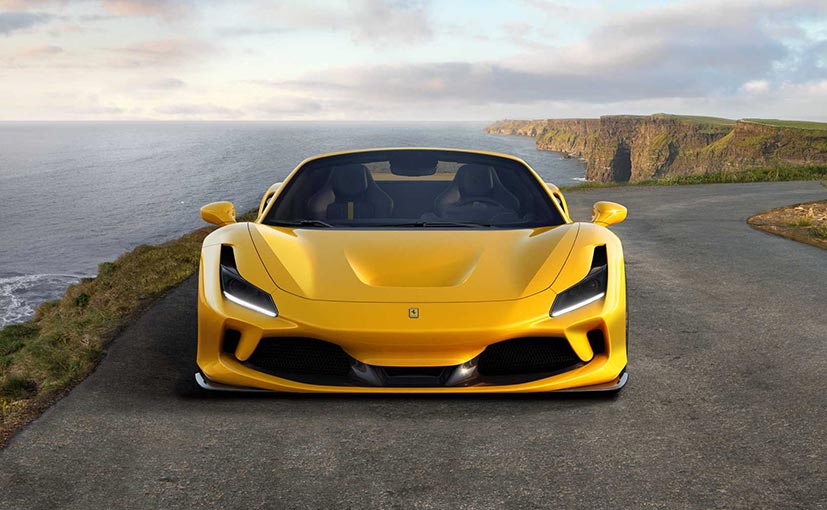 Under the hood is a 3902cc unit which unleashes 711 bhp at 8,000 rpm and a maximum torque of 770 Nm at 3,250 rpm. Thanks to the advanced vehicle dynamics solutions like the Ferrari Dynamic Enhancer (FDE+) which can now be activated in the manettino's Race position, performance on the limit is easier to reach and control.

In the F8 Spider, the air intakes have been moved from the flanks to the rear where they are located on either side of the blown spoiler and are directly connected to the intake plenums. This drastically reduces losses and ensures greater air flow to the engine, thereby increasing the power. The air flow also benefits from increased dynamic pressure created by the shape of the rear spoiler. Adaptive Performance Launch analyses grip as the car accelerates and then uses electronic controls to optimise the torque delivered to suit the road's grip level, reducing wheel slip to a minimum which, in turn, maximises acceleration. The Ferrari F8 Spider is lighter than its predecessor

The rev limiter's "Wall Effect" strategy is another leap forward in terms of extreme engine performance. Rather than gradually limiting the revs towards the limit, it cuts off right at the 8,000 rpm red-line, maximising the amount of power available in power-on dynamic driving situations and consequently improving lap times.

There's also the Ferrari Variable Torque Management strategy for all gears on the F8 Spider. Maximum torque is 10 Nm higher than on the 488 Spider and is available even at lower engine speeds. The F8 Spider's engine also inherits highly efficient weight-reduction solutions from the 488 Pista which have cut the power unit's weight by 18 kg compared to that of the 488 Spider. Reducing the weight of rotating and non-static masses, such as the titanium con-rods, crankshaft and flywheel, allows engine speed to rise very rapidly, so much so that the driver can see the rev counter needle flying, particularly in rapid transitions, such as gear shifting and scorching low-gear acceleration, making the car feel even sportier still. These reductions in the weight of the rotating masses yield a 17 per cent reduction in inertia.

Of course, it's great to look at too. The F8 Spider has been designed by the Ferrari Styling Centre. When designing a spider, the choice of the top will always play a fundamental role in the car's overall look. For some years now, Ferrari has been adopting a hard top because of the comfort it provides. As a result, the design of the F8 Spider's lines was crafted around its RHT (Retractable Hard Top). 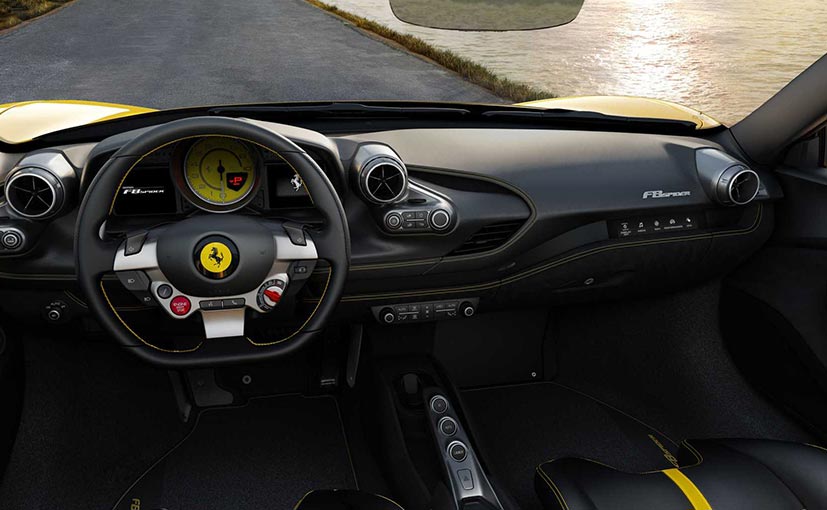 The key to the whole design was the shifting of the separation line between the car's body and the roof from its conventional position at the belt-line (occupant shoulder level) to above the B-pillar. The top itself is thus more compact and two-dimensional, with the result that it can be divided into two parts and stowed on top of the engine. The RHT takes just 14 seconds to deploy or retract and can be closed or opened while the car is on the move up to 45 kmph.

The front of the car is characterised by the S-Duct around which the entire front end has been redesigned to highlight the extensive aerodynamic modifications made to this area of the car. The clearest example is new, more compact, horizontal LED headlights. The rear spoiler has been entirely redesigned. It is now larger and wraps around the tail lights, visually lowering the car's centre of gravity and allowing a return to the classic twin light cluster and body-coloured tail.

The treatment of the engine cover is one of the F8 Spider's most distinctive characteristics. The manta-like look of the cover is created by a central spine that starts from the rear screen and disappears under the wing of the blown spoiler, following the air flows themselves.

Inside, the F8 Spider's cockpit retains the classic, driver-oriented look typical of Ferrari's mid-rear-engined berlinettas. The dash incorporates an aluminium sail panel supporting the central satellite and continuing into the dash itself. Also, to create a sense of visual lightness, a sliver of carbon fibre divides the upper and lower parts, streamlining the whole look. This section also incorporates the optional 7-inch touchscreen passenger-side display and the dash is completed by the classic instrument cluster with its central rev-counter.