Ferrari entered unprecedented territory with its adjusted earnings before interest, taxes, depreciation and amortization climbing to 29.5 percent of sales in the first quarter 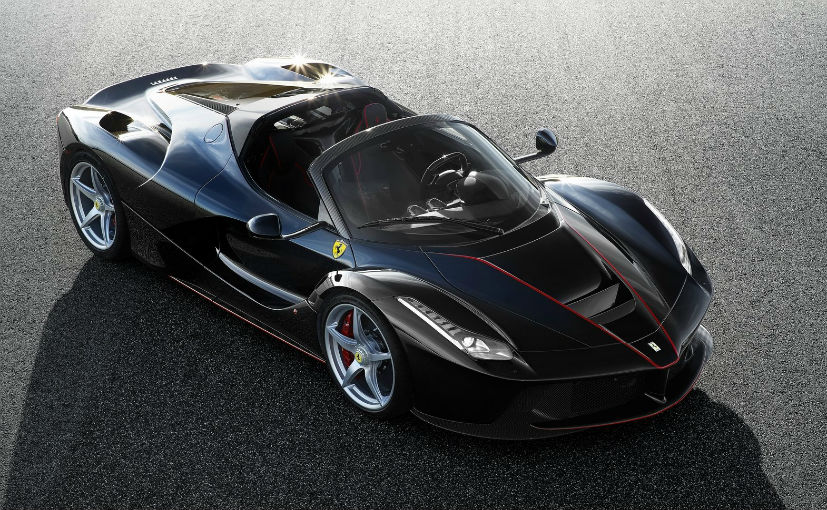 Ferrari achieved a rare feat by generating profit margins on par with Apple, as the rich clamor for powerful and pricey supercars like the $2.1 million LaFerrari Aperta.

In an industry where double-digit margins are exceptional, Ferrari entered unprecedented territory with its adjusted earnings before interest, taxes, depreciation and amortization climbing to 29.5 percent of sales in the first quarter from 26.3 percent a year earlier. That compares with a 31.6 percent profit margin at Apple and about 36.5 percent at luxury goods icon Hermes International SCA.

"Those profit margins show how Ferrari fishes in the same pool as the luxury brands," said Massimo Vecchio, an analyst with Mediobanca in Milan. "It simply uses its cars as bait."

The Italian supercar maker is tapping into the increasing wealth of the world's elite, which has helped propel demand for all kinds of luxury goods. Hermes reported a better-than-expected 11 percent sales gain, while LVMH and Gucci owner Kering were also boosted by improving consumption in China and rebounding demand in Europe.

Deliveries of Ferrari's models with top-of-the-line V12 engines surged 50 percent in the first quarter on demand for the Aperta convertible, which sold out last year before its official debut, as well as the $300,000 GTC4Lusso and the $380,000 F12tdf. Sales of V8-powered cars declined 3 percent.

"We just found an additional level of motivation to move the organization forward," Chief Executive Officer Sergio Marchionne told analysts during a conference call Thursday, referring to Hermes' increase in profit margins. "I think that really is the target" for Ferrari.

To drive further growth, Ferrari in March unveiled its new flagship 812 Superfast, the speediest production car in its history. Annual output, which was previously capped at 7,000 vehicles, is now on track for 9,000 by 2019. The Italian manufacturer stood by its forecast that 2017 adjusted Ebitda would rise to more than 950 million euros. Deliveries are projected to increase to about 8,400 cars this year from 8,014 in 2016.

Marchionne said Ferrari is studying how to expand beyond 10,000 cars a year as the carmaker will give an update on its strategy after the end of this year. He also said that the 2017 targets are a "minimum" level as the carmaker could upgrade them in the next quarters.

With the latest earnings performance, Marchionne, 64, is making good on claims made in the run-up to Ferrari's October 2015 initial public offering. At the time, he argued the company deserved to be valued as a luxury-goods maker rather than an auto manufacturer, even though there's little track record of success for a stand-alone niche carmaker.

To bolster its aura, Ferrari's Formula 1 racing team is back at the top of the standings after a series of disappointing seasons. Meanwhile, the Ferrari Land theme park opened in Spain last month, boasting Red Force, an attraction that gives a flavor of the company's cars by propelling riders to 180 kilometers (110 miles) per hour in five seconds.