Ford EcoSport Storm Edition Leaked Ahead Of Debut In Brazil

The Ford EcoSport facelift will be further spruced up with upgrades called the 'Storm' edition, specifically for the Brazilian market. Check out the leaked images. 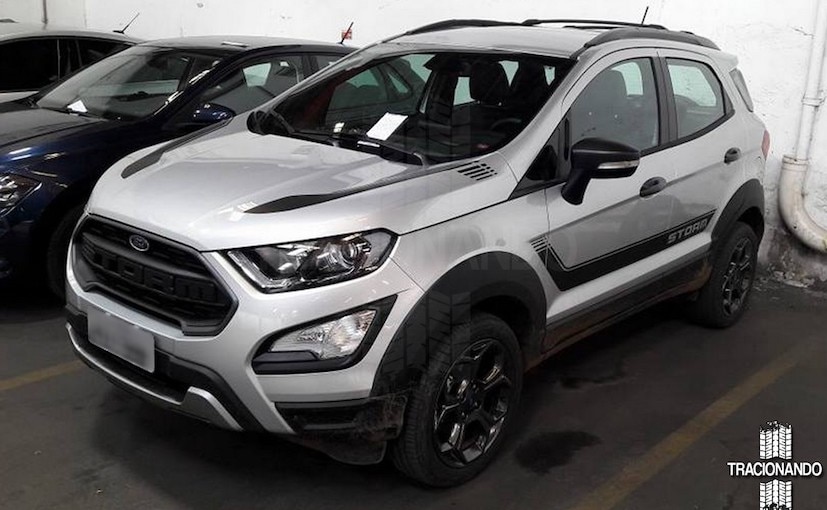 Ford Brazil recently teased the new 'Storm' special edition variant of the  EcoSport. But ahead of its official debut, leaked images of the Ford EcoSport Storm have been leaked online revealing the edgy looking model. The EcoSport Storm edition gets cosmetic updates for a rugged look of the subcompact SUV that borrows cues from some of the automaker's bigger models including the F-150 Raptor inspired grille with the Storm badging, while chrome accents have been replaced by new matte black finish all around. The EcoSport Storm Edition is specific to the Brazilian market for now, with no plans to bring the model in India. 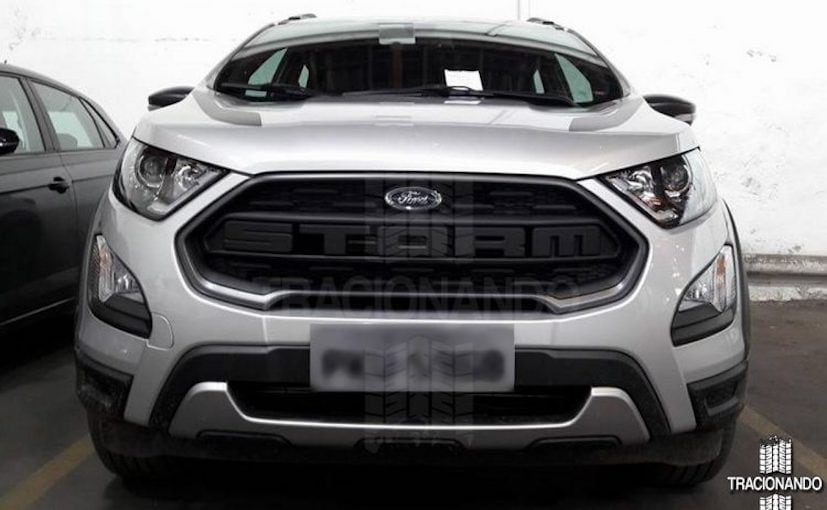 The 2018 Ford EcoSport Storm also gets new silver paint scheme that complements the tough look, along with gloss-black finished 17-inch alloy wheels and black decals on the doors. Inside, the cabin gets finished in dual-tone black and grey colours with orange accents that help break the monotony. The 7-inch touchscreen infotainment system is also on offer and comes equipped with SYNC3 and Android Auto as well as Apple CarPlay.

The leaked images also reveal that the Ford EcoSport Storm Edition will sport a 2.0-litre Direct Flex engine under the hood that churns out 168 bhp and 202 Nm of peak torque on the petrol version. Meanwhile, the ethanol version belts out 174 bhp and peak torque of 221 Nm. The motor comes mated to a 6-Speed manual transmission with the option of All-Wheel Drive. 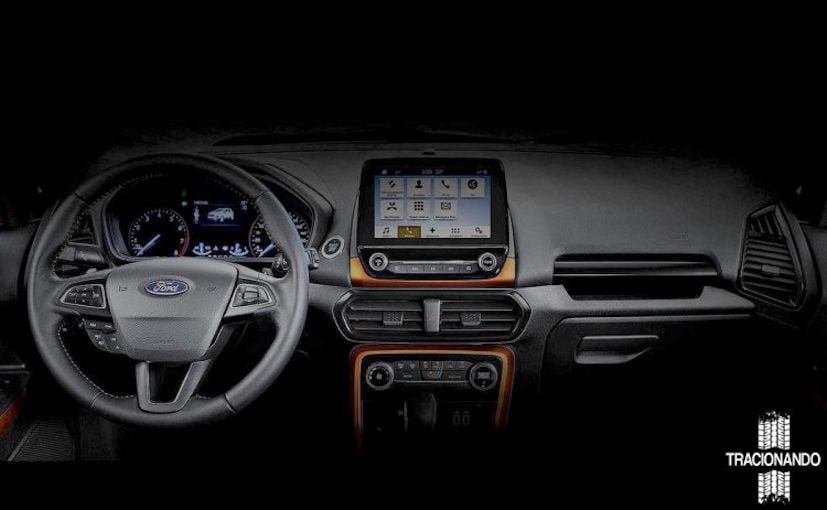 In contrast, the India-spec model uses the tried and tested 1.5-litre diesel engine powers the Ford EcoSport with 99 bhp and peak torque of 205 Nm. The facelifted version also saw the new 1.5-litre three-cylinder Dragon engine making it on the Indian model with 120 bhp and 150 Nm of peak torque. Both engines get a 5-speed manual transmission, while the petrol also comes with a 6-speed automatic.

While Ford India has no immediate plans to bring the EcoSport Storm edition, the company is gearing up to introduce the Figo and Aspire facelifts this year, along with the new crossover version of the Figo hatchback. Also, in the pipeline is the 2018 Ford Mustang and updated Endeavour SUV.