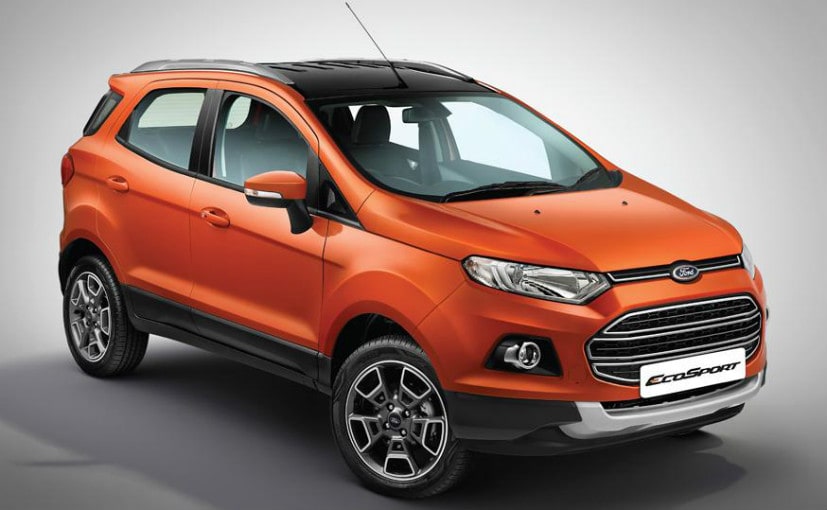 In a bid to infuse freshness in the EcoSport, Ford India has launched the 'Platinum' Edition of its popular compact SUV. The EcoSport Platinum Edition will be available on the 1.5-litre diesel variant priced at ₹ 10.69 Lakh and the 1.0-litre EcoBoost variant priced at Rs 10.39 Lakh (Ex-showroom, Delhi). We had reported earlier that Ford will be giving minor updates to the EcoSport before giving it a major facelift sometime later in the year.

Anurag Mehrotra, Executive Director, Marketing, Sales and Service, Ford India said, "The Platinum Edition is in keeping with our commitment to introduce products that Indian customers want and value. It introduces several upgrades that accentuate EcoSport's design, enhance customer convenience and improve the driving dynamics of our compact SUV."

Some of the upgraded features on the Ford EcoSport Platinum Edition are the dual-tone colour scheme for the body (A blacked out roof), 17-inch alloy wheels wrapped with wider tyres and appliques for front and rear bumpers. Step inside and you will find that there is an 8-inch touchscreen infotainment system that has satellite navigation and a reverse parking camera as well.