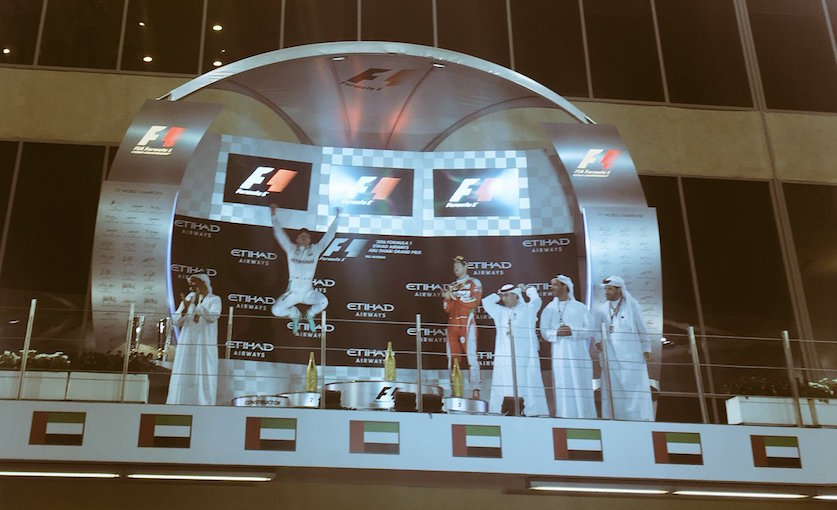 Bringing an end to a unpredictable yet fantastic season, Nico Rosberg finally secured his first Formula One title as he finished on the podium at the Abu Dhabi Grand Prix, even as Lewis Hamilton won the final race of the 2016 season. A race that promised a duel in the desert between the Mercedes teammates lived up to it as the closing stages saw Hamilton do all in his power to push the German into the flock of Sebastian Vettel of Ferrari and Max Verstappen of Red Bull who were gaining aggressively. 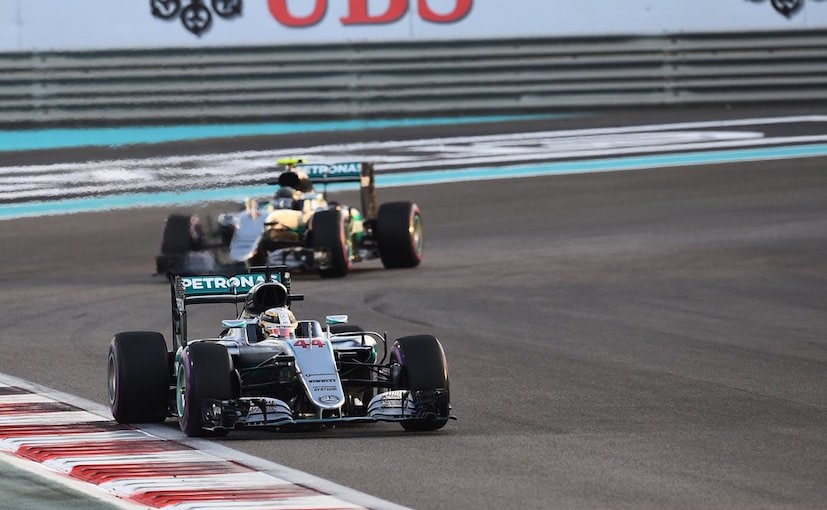 Rosberg finished the season with a total of 385 points, winning the championship with a lead of five points with Lewis Hamilton scoring 380 points. In third place is Daniel Ricciardo who finished with 256 points. The result also means Rosberg has become F1's 33rd title winner with a total of 9 race wins and 16 podiums from a 21 race season. Nico has emulated the result of his father Keke Rosberg after a span of 34 years, making him the second driver of the same family to win an F1 title, the first being Graham Hill and Damon Hill who were both world champions. As for Hamilton, the Briton's Abu Dhabi GP win is his tenth of the season, the most any driver has picked up in a single year without winning the world title. 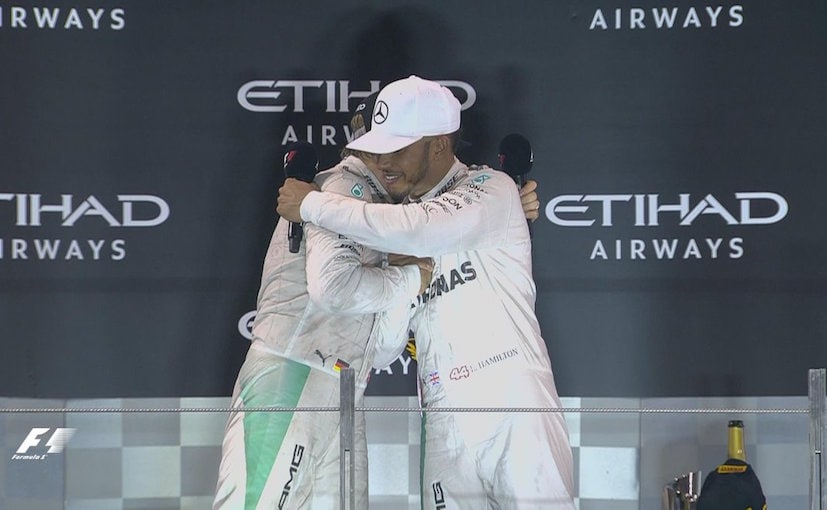 Nico And Lewis at the Abu Dhabi GP

The race started with Hamilton on the pole and the Brit managed to maintain his lead throughout the race. Rosberg followed at second while Ferrari's Kimi Raikkonen slotted into the third position, as Red Bull's Daniel Ricciardo and Vettel pushed hard. Verstappen spun at the starting of the race, making his way all the way to the back, but managed to make a fabulous recovery as he finished forth at the end of the race.

As for constructors championship, Mercedes-AMG was the undisputed winner garnering 765 points, while Red Bull finished second with 468 and Ferrari third with 398 points. The only Indian origin team, Sahara Force India finished fourth with 173 points, beating Williams Racing. This is the best ever result from Force India in its short history in Formula 1 and we expect the team to see even better results in the years to come.

It was really disheartening to see Jenson Button's final race in all probability end at such a disappointing note. The Briton faced a suspension failure after hitting a kerb too hard, thereby retiring from the race as well as Formula One at Lap 13. The McLaren driver nevertheless, received a huge standing ovation as the curtains were drawn on his illustrious 17-year career. Apart from Button, it was also Felipe Massa's last race of his F1 career and while we did see an amazing farewell at the Brazilian GP for the Williams driver, the 35-year-old managed to finish ninth in his final race, passing McLaren's Fernando Alonso who got the final points scoring position.

0 Comments
It was a terrible end of race for Daniil Kvyat as well with the driver pulling to the pit straight on Lap 16, bringing out the yellow flags. The Russian's race was over then and added to the disappointing season, which saw him being demoted from Red Bull to Torro Rosso. The other two retirements were Valteri Bottas and Magnussen that suffered mechanical failure.