We list down the top five features on the newly launched Hero XPulse and the XPulse 200T - India's most affordable adventure motorcycles to go on sale at present. The wait is finally over! Hero MotoCorp's first 200 cc Adventure motorcycle - the XPulse 200 - has been finallly launched and prices are extremely competitive starting at ₹ 94,000, going up to ₹ 1.05 lakh (ex-showroom, Delhi). The all-new offering is also the most affordable ADV on sale in the country at present and has been regarded to the capable but low selling Impulse that way launched earlier in the decade. The new Hero XPulse is available in two variants - the adventure spec XPulse 200 and the touring-ready XPulse 200T. The bikes sport a host of changes depending on the version choose with specific features added. Here's a look at the top five features you get on the new XPulse range.

The Hero XPulse gets a no-nonsense design that looks modern-retro  and functional. The body panels are minimal and also help keep the overall weight low on the motorcycle. The XPulse gets a neatly designed fuel tank with a round headlamp that keep things simple. At the same time, the bike gets modern bits including the LED headlight and taillight, engine kill switch, rear grab rail with a provision for adding a top box and a windscreen up front. The Hero XPulse 200T is the lightest here with a kerb weight of 150 kg, while the ADV version weighs 154 kg on the fuel-injected variant. 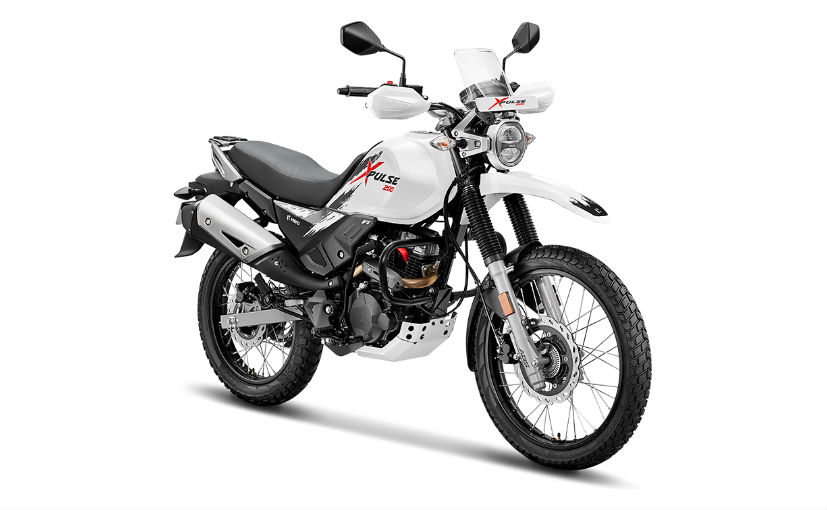 The XPulse 200 gets factory-fitted knucke guards, bash plate, upswept exhaust and a ground clearance of 220 mm

The Hero XPulse 200 is an adventure motorcycle and gets a host of dedicated off-road equipment to make it ready to take any kind of terrain. The bike is underpinned by a high tensile steel frame, while riding on spoked wheels with a 21-inch unit at the front and an 18-inch wheel at the rear. The bike comes shod with dual-purpose tyres, while there you also get an aluminium bash plate, knuckle guards, and a high-mounted mudguard. The upswept exhaust also ensures minimal damage while going off-road and better water wading capability.  A ground clearance of 220 mm is also a boon, when going off tarmac, while the seat height still remains accessible at 825 mm. 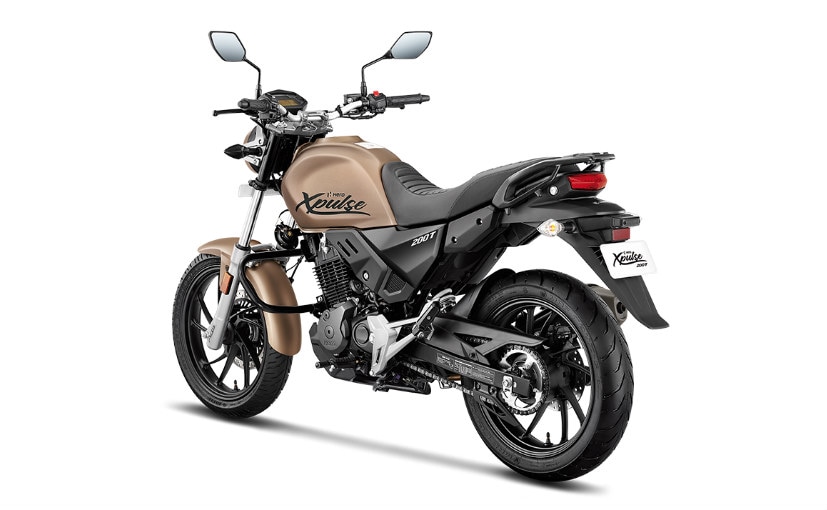 While the Hero XPulse 200T gets only a carburetted variant, the ADV version is offered with fuel-injection

The Hero XPulse line-up uses the 199.6 cc single-cylinder, 2-valve engine tuned to produce 18.1 bhp and 17.1 Nm of peak torque. The motor is paired with a 5-speed gearbox. The adventure version is available with both the carburetted and fuel-injected engines producing the same output, while the 200T is offered in only the carb version. 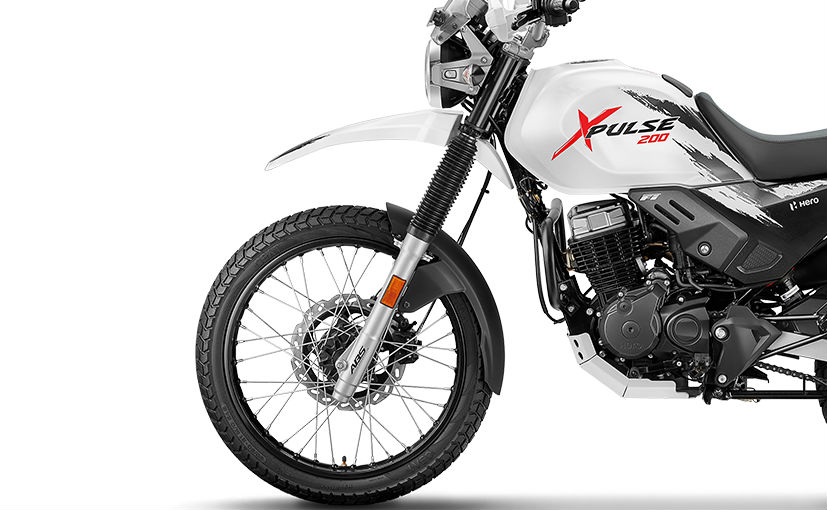 The Hero XPulse 200 gets a special suspension set-up that can do a lot more than keep the ride comfortable and handling agile. The bike gets 37 mm telescopic forks at the front with 190 mm stroke and a 10-step adjustable gas charged monoshock unit at the rear with 170 mm travel, both of which have been tuned to soak in undulations on any kind of terrain. In comparison, the XPulse 200T uses the same suspension set-up, albeit with lesser travel, while the rear monoshock is only 7-step adjustable. Braking performance comes from the 276 mm petal front disc and a 220 mm petal disc at the rear with single-channel ABS offered as standard. 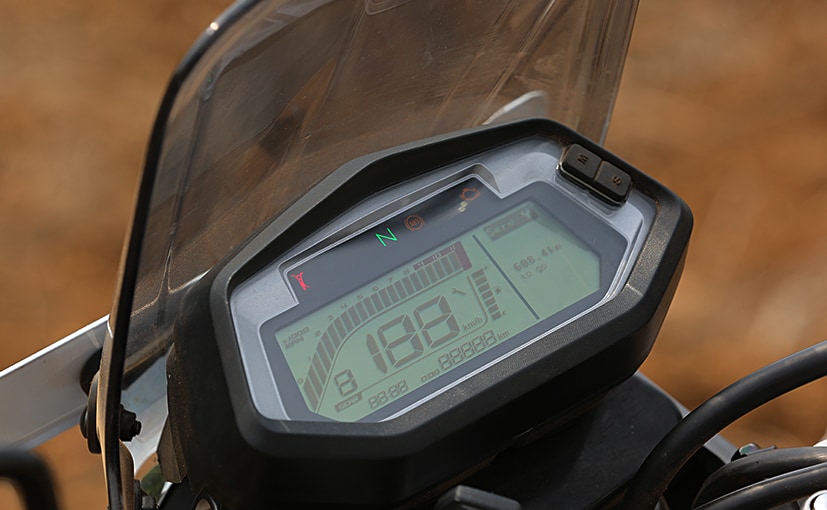 Keeping up with the rivals, Hero MotoCorp has a smart digital instrument console on the new XPulse range. The unit offers smartphone connectivity via Bluetooth and offers turn-by-turn navigation, call alert, SMS readout and more. The LCD console also comes with a gear indicator, trip metre, service reminder among other information.