The new Honda HR-V is possibly the next big launch from the Japanese carmaker in India, and the SUV is likely to arrive as a CKD (completely knocked-down) model. 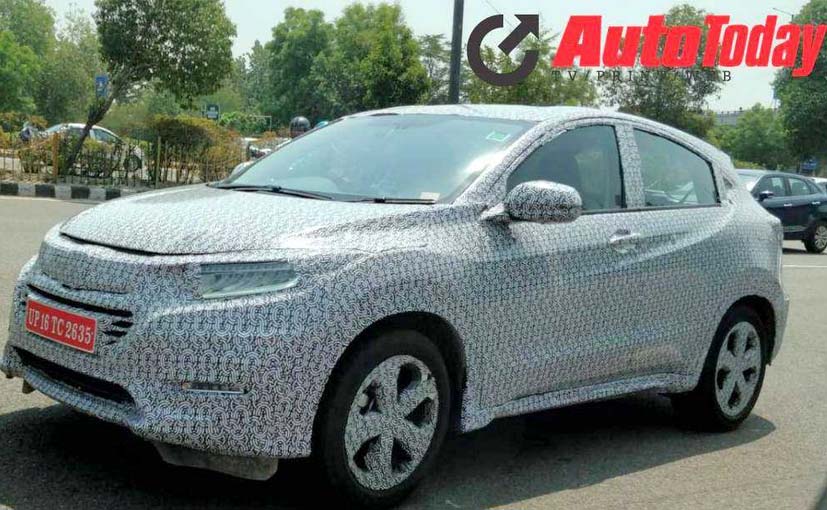 View Photos
The new Honda HR-V is possibly the next big launch from the Japanese carmaker in India.

Images of the upcoming Honda HR-V have recently surfaced online. Caught on camera while undergoing testing in India, the SUV in the new spy photos appears to be the same prototype model that we had spotted a couple of months ago, as indicated by the temporary license plates. The new Honda HR-V is possibly the next big launch from the Japanese carmaker in India, and the SUV is likely to arrive as a CKD (completely knocked-down) model. In India, the Honda HR-V will rival the likes of the Hyundai Creta, Tata Harrier, MG Hector, and the upcoming Kia Seltos.

The Honda HR-V test mule is still heavily covered in camouflage, so there is not much for us to talk about the design and styling of the India-bound model. Having said that, based on the global-spec car, the SUV is likely to borrow its cues from its bigger sibling, the Honda CR-V, which went on sale in India last year. Based on the creases under the camouflage, we can tell that the upcoming HR-V will get a bold face in line with the company's current design language, featuring a fat chrome slat on the grille with sharp LED headlamps, and sculpted bonnet and bumper with bold character lines. 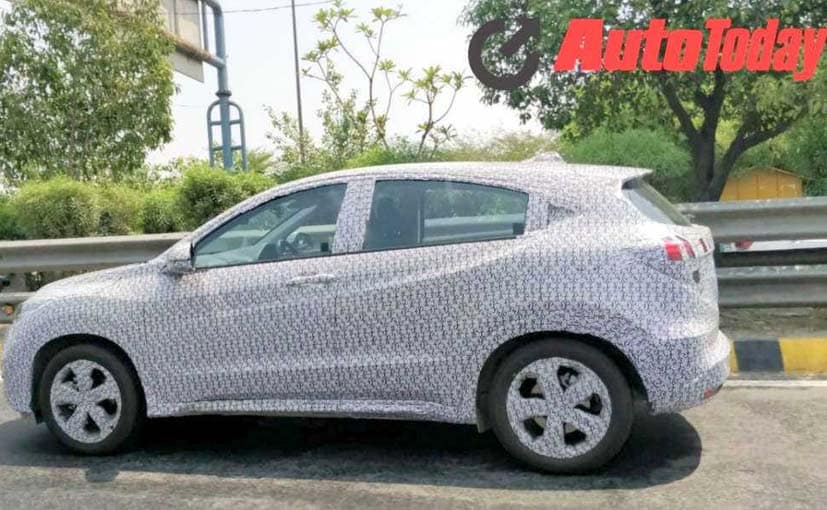 The SUV gets a sloping roofline and will come equipped with a rear spoiler, five-spoke alloy wheels and shark-fin antenna.

The SUV will come with a sloping roofline that extends to a rear spoiler, along with what appears to be a Shark-fin antenna. Furthermore, the SUV also features a set of 5-spoke alloy wheels. We assume the high and sleek rear window with the sloping roof could create a bit of claustrophobia unless Honda goes with a lighter shade for the interior. However, we do not get to see the cabin in these images to confirm that. As for the rear section of the SUV, the Honda HR-V will come with sleek sweptback taillamps, with a sculpted tailgate and beefy rear bumper.

It's too soon to comment on the powertrain options, however, the new Honda HR-V could come with a 1.5-litre i-VTEC petrol engine, under the hood, which powers the Honda City. Given the advent of the upcoming emission norms, we aren't sure if Honda will equip the HR-V with a BS6 compliant diesel engine or not.