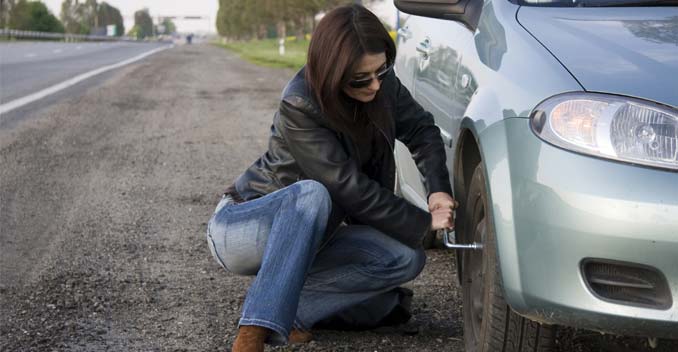 Tyre punctures and blowouts have always been the bane of motorists and there have been countless cases where they have led to fatal accidents, especially when the vehicle is moving at a fairly decent speed.

However, a group of Indian scientists might just be able to solve the problem in a cost-effective manner.

TycheeJuno, a team from Odisha, has come up with a solution called BPPC (Burst Prevention and Puncture Curative) which recently bagged an award from NASA at the Create the Future Design Contest 2015 in New York.

TycheeJuno's BPPC technology decreases the possibilities of tyre bursts and also helps to prevent punctures. In fact, it can even help a punctured tyre run like a normal one on the road. In addition to all of this, the technology improves dynamic wheel balancing, increases fuel efficiency and the life of the tyre.

"There have been technologies for limiting the impacts of punctures. However, there was no solution to decrease the chances of a burst due to tyre over-heating in a localised area, except perhaps our BPPC," TycheeJuno team leader Sameer Panda, who is doing his PhD from VSS University of Technology (VSSUT) in Odisha's Sambalpur district, said.

Udit Bondia, Dr KN Panda and Smitiparna Satpathy are the other members in his team.

Thousands of young scientists from 60 countries participated in the international contest, which was conducted by NASA Tech Brief - an event which is jointly organised by NASA and Society of Automobile Engineers, International. While 8 teams won awards, 32 inventions found a place in NASA's official publication in the special issue of November.

Incidentally, in India, 3,371 people lost their lives and 9,081 injuries were recorded in 2014 alone due to tyre-related incidents. Here's hoping this innovation can reduce those figures in the country and outside it as well.