The 2019 Mahindra TUV300 facelift will come with considerable cosmetic updates and a host of new and updated features when it launched next year. 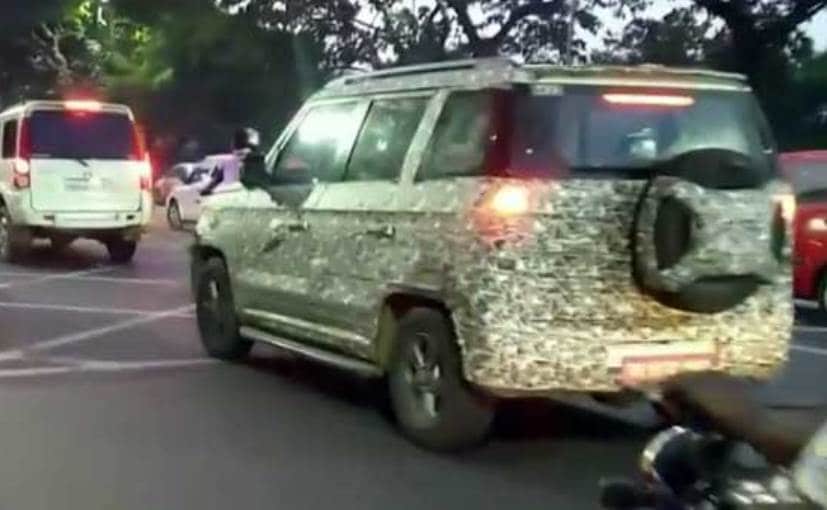 The 2019 Mahindra TUV300 facelift has been spotted testing in India. Slated to be launched sometime in the first half of next year, the facelifted TUV300 is expected to come with a bunch of cosmetic changes and a host of new and updated features for the 2019 model year. While the image is not exactly the clearest one out there, this is for the second time that the subcompact SUV has been spotted testing in the last couple of months.

Compared to the previously seen spy images, this time around we only get to see the rear section of the 2019 Mahindra TUV300, and frankly not much has changed from the last time we saw it. The SUV continues to feature the new spare wheel cover, with lesser panels, revealing more of the tailgate-mounted spare wheel. The test mule also appears to sport a newer set of alloy wheels, while rest of the bits appear to remain unchanged.

Other features that we expect the updated TUV300 to get include updated headlamps, LED daytime running lamps, revised grille and bumper, among others. The previously seen test mule also gave us a glimpse of the cabin, but the only visible change we were able to spot was what appears to be a new touchscreen infotainment system. Mahindra had mentioned that the carmaker is making some substantial investments not only on the styling part but also in terms of technology and engineering to make TUV300 a better product.

Powertrain wise, the 2019 Mahindra TUV300 facelift is likely to continue with the existing 1.5-litre mHawk100 diesel engine. The 1,995 cc, three-cylinder motor churns out about 100 bhp and develop 240 Nm of peak torque, while being mated to either a 5-speed manual or an AMT gearbox. It is a possibility that the upcoming TUV300 facelift could also be BS-VI ready.