Maruti Suzuki Stingray Might Be Rebranded As The WagonR Minor 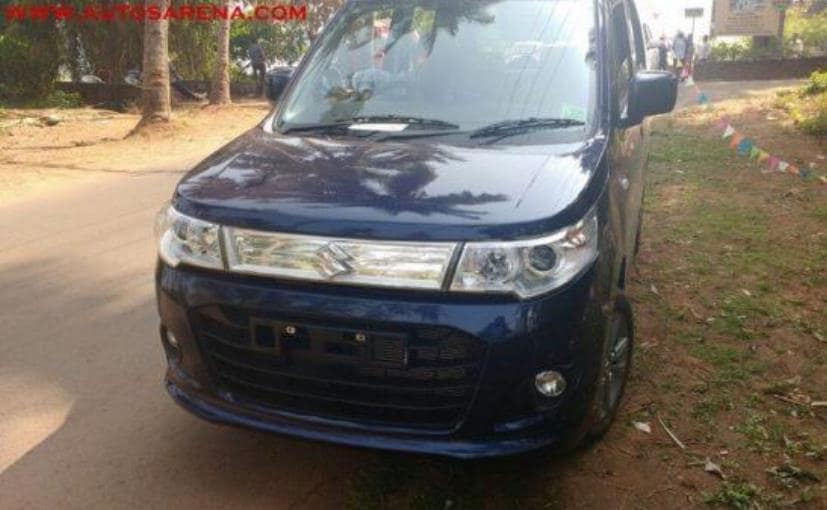 Maruti Suzuki India might soon rebrand the Stingray hatchback in India as the WagonR Minor. The car was recently spotted in India with all the styling and features of the Stingray but with WagonR badging. According to a recently leaked dealership communication, the carmaker is planning to introduce a new model called the WagonR Minor to create more excitement among its customers. And this could be it. 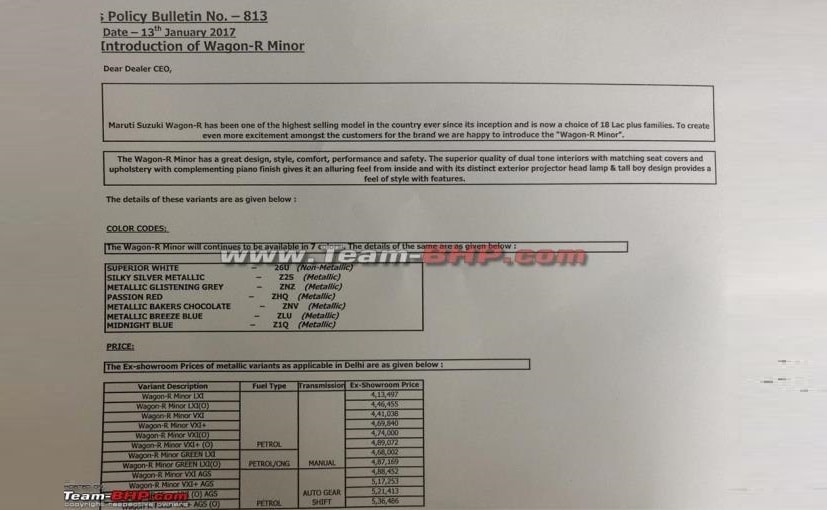 In fact, the dealership communication also has the official pricing for the car, as per which, the new Maruti Suzuki WagonR Minor will be launched at ₹ 4.13 lakh to ₹ 5.36 lakh (ex-showroom). When we tried to confirm the reports with Maruti Suzuki India, a company spokesperson told us that nothing is official yet, and if they plan to launch a new product like that, there will be an official announcement. Whether the introduction of the new Maruti Suzuki WagonR Minor will mean the end of the current WagonR is still unknown, but that seems to be the only logical move.

A couple of years back Suzuki had showcased a 7-seater concept based on the WagonR hatchback, Codenamed YJC. In fact, the concept was believed to serve basis for a new 7-seater WagonR MPV. While there is no confirmation on this, but the addition of the Minor suffix in the new name could be an indication that a bigger WagonR will be launched in the future. 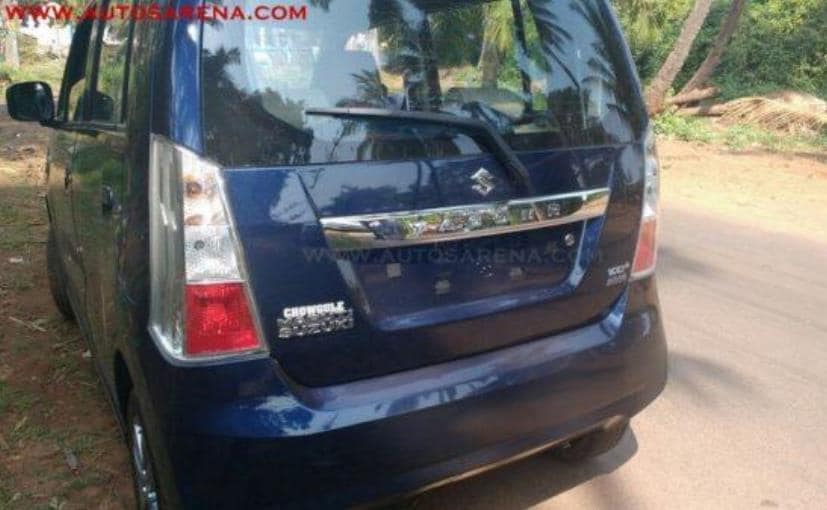 Coming to the car itself, there is no denying that the recently spotted car shows an uncanny resemblance to the Stingray. And from the outside, the only addition is the Wagon-R badge on the tailgate-mounted chrome strip. That said the car did come with a slightly updated cabin with dual-tone black & beige interior with beige upholstery as opposed to the all-black interior of the regular Stingray. Body colour options will include - Superior White, Silky Silver Metallic, Passion Red, Metallic Glistering Grey, Metallic Bakers Chocolate, Metallic Blazing Blue, and Midnight Blue. 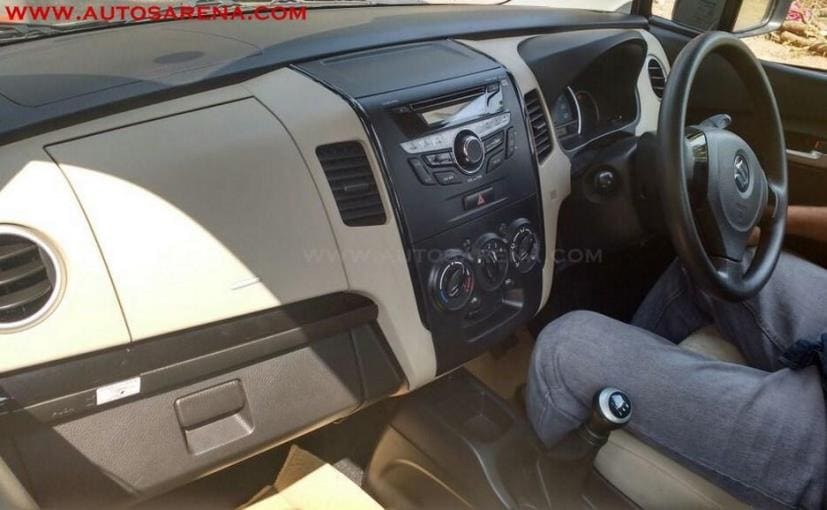 Mechanically, the car will remain unchanged and will continue to the powered by the 1.0-litre, three-cylinder engine, mated to either a 5-speed manual or an AMT gearbox. There is a new top-of-the-line VXI+ variant as well with the company's Auto Gear Shift (AGS) AMT unit. A CNG variant with factory-fitted CNG kit will also be on offer according to the dealership communication.