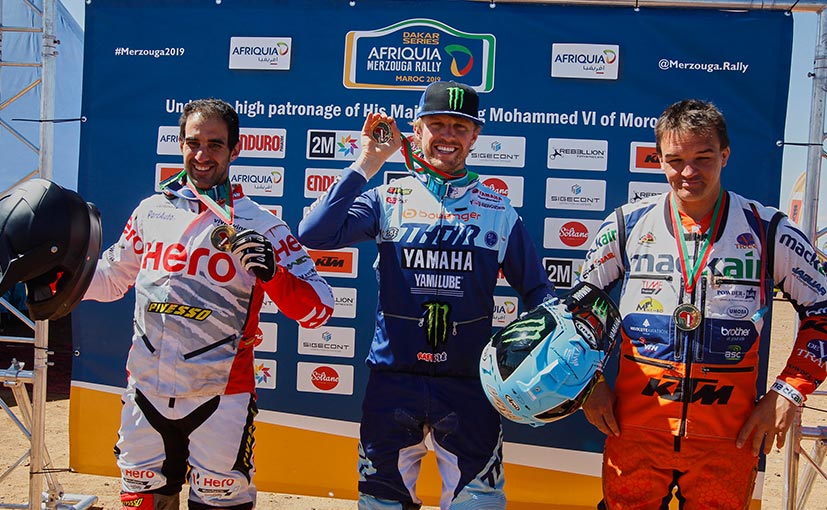 The 2019 Merzouga Rally concluded with Indian teams Hero MotoSports Team Rally and Sherco TVS Rally Team taking the top spots. The gruelling rally saw riders traverse through the challenging terrains of Morroco while keeping up with navigation issues to complete the five day run. Sherco TVS rider Abdul Wahid Tanveer bagged the top spot in the Enduro category having won two out of five stages. Hero's Oriol Mena, meanwhile, took the first podium of his career finishing third overall. Hero rider Joaquim Rodrigues wasn't too far from his teammate and took fourth overall after being one of the top three contenders during most of the stages.

Both the Hero riders showed consistent performance through the rally and a podium finish did seem certain right from the initial stages. The final stage saw the riders navigate in the Erg Chebbi dunes that did pose a threat over the 49 km run. Nevertheless, the participants completed the challenge, bringing the bikes home. 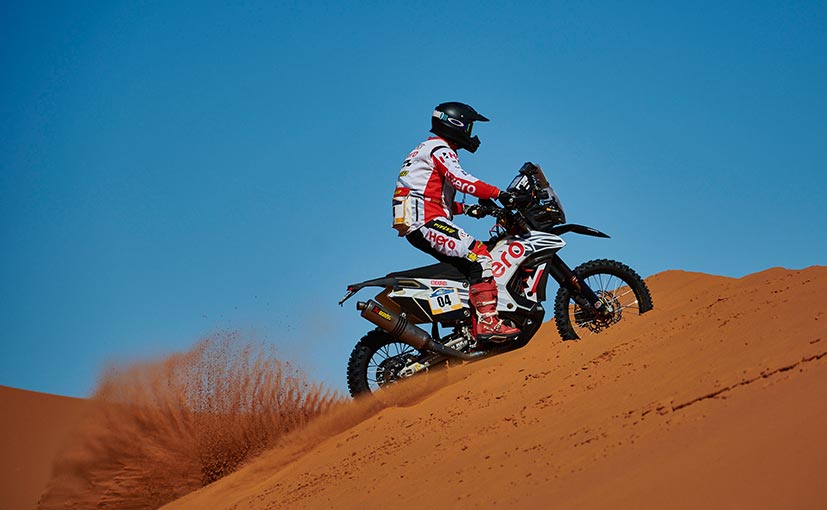 Both Hero riders showed consistent performance through the five stages

Oriol Mena, Rider, Hero MotoSports said, “It was a crazy stage today, typical of any last stage of the Merzouga Rally. I started really good leading the stage for a bit and riding well with the lead group. But a few kms into the stage I had to break hard to avoid the rider in front of me and had a minor crash. Then on I lost my reach with the lead group but maintained by momentum to reach the finish line. I finished third so it's my first podium and it is a very special feeling. My thanks goes out to the entire Hero MotoSports team, friends and colleagues and above all, our fans and supporters.”

Joaquim Rodrigues, Rider, Hero MotoSports said, “It has been a tough week at the rally that ended today with the motocross style start. I started at the back today but very quickly moved into the top 3 and really enjoyed riding with those guys. I finished third today so it was a good finish to the rally for me. Overall I am happy with my performance in this rally as I am beginning to get back my pace. It's a good feeling to know that I can still do it. My congratulations and thanks to the entire team for all their support and big thanks to all our friends and fans.”

At Sherco TVS,. it was a solid performance by all of its riders. Michael Metge led the team in the early stages taking a win with Stage 2, but had his run cut short after facing technical issues in Stage 3. India's Aravind KP showed impressive progress through the rally to finish the fifth stage in 23rd place, and 51st overall. The star though was Abdul Wahid Tanveer who consistently improved his performance with every stage taking victory in the final two days.