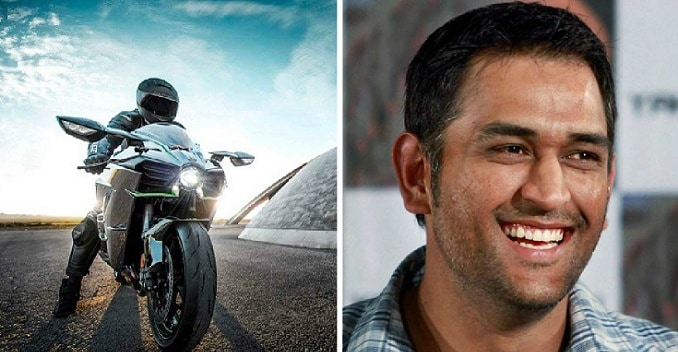 Indian ODI and T20 cricket team captain Mahendra Singh Dhoni's love and passion for biking is known to everyone. In fact, he has also been associated with the Bike Festival of India since its first edition. As far as his collection goes, he owns a bunch of exclusive bikes like the Confederate Hellcat X132, Ducati 1098, Kawasaki Ninja ZX14R, Harley Davidson Fatboy, and Yamaha YZF600 Thundercat among others - shows just how big a biking enthusiast he really is. Anyway, the latest addition to Captain Cool's garage is the newly launched Kawasaki Ninja H2, which, currently, is India's fastest bike.

The excitement of owning this mean machine was quite obvious in Dhoni's Instagram post, where he shared a picture of the bike saying - "Finally the wait is over but another couple of months before I can take her on her first ride." As mentioned before, he also owns another superbike from the Kawasaki stable - the Ninja ZX14R - which too was the 'world's fastest and most powerful motorcycle' at one point. Coming to the Kawasaki Ninja H2, the bike was recently launched in India at ₹ 29 lakh (ex-showroom, Delhi). The H2 is the street legan version of the track-only bike - the Ninja H2R that produces a mammoth 300 PS (296bhp). The H2 street model is based on the H2R but meets all market regulations. The road-legal version's supercharged unit, 998cc, liquid-cooled, 4-stroke, in-line four-cylinder, too is based on the same powertrain as the Ninja H2R.

The H2's engine, although, is less powerful than the H2R's, it still churns out a whooping 197bhp along with 133.5Nm of torque. And with Ram Air, its power output can be increased to 207bhp. Interestingly, the bike goes past the 100Km/h mark in mere 2.5 seconds, which makes it the country's fastest bike. 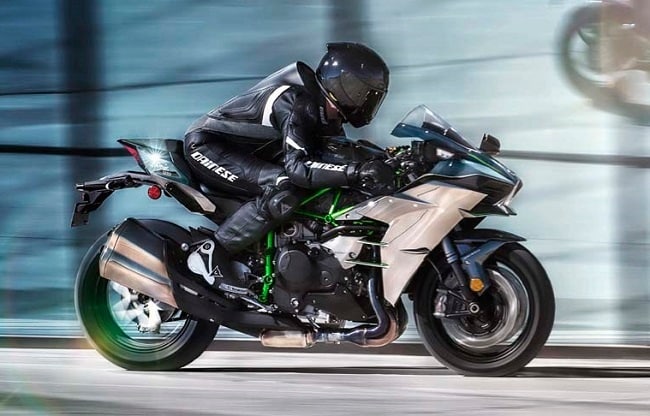 Dear MSD, we are sure that your first date with her will be worth the wait.