The recently spotted India-spec Husqvarna Vitpilen 401 was seen with alloy wheels instead of spoked wheels and it came with several production ready parts. 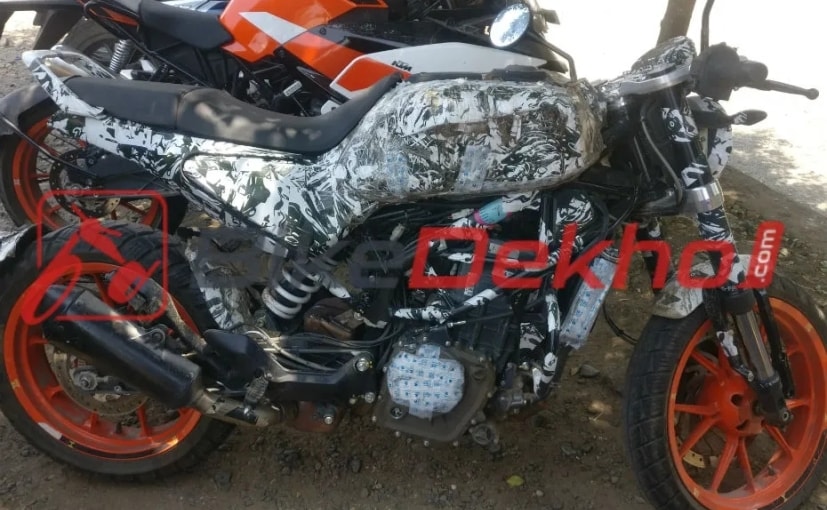 A near-production unit of the upcoming Husqvarna Vitpilen 401 has been spotted in India. Although the bike is heavily camouflaged, we do get to see a number of changes that the India-spec model will be launched with. For instance, unlike the global-spec Vitpilen 401, which comes with spoked wheels, the India-spec model is likely to get the same orange alloy wheels that the KTM 390 Duke gets. Furthermore, the bike appears to be nearing production stage considering it's equipped with Husqvarna-branded engine casing, unlike the previous test mule of Svartpilen 401 which was seen with KTM engine. Other production bits include the LED headlamps mirrors, grab rail and other design bits. 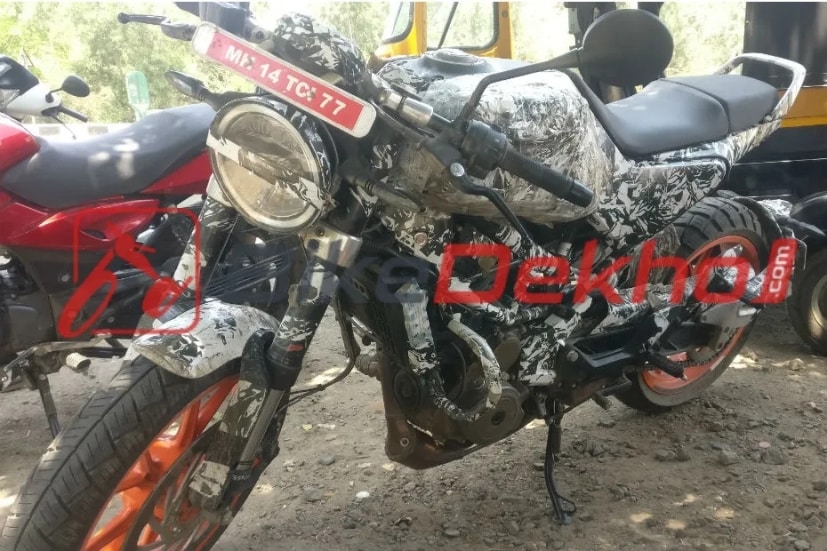 The Husqvarna Vitpilen 401 test mule also seems to be shod with a pair of MRF tyres unlike the global model or the 390 Duke that come with Metzelers. However, at the time of the launch, the company might offer Metzeler tyres as an option. Furthermore, the India-spec model will also see the addition to a saree guard. The bikes will share several of its cycle parts with the KTM 390 Duke, in fact, some of them are visible in these images as well, like the up-side-down (USD) WP suspension and a 320 mm disc up front, along with a WP monoshock and a 230 mm disc at the rear. The bike will come with dual-channel ABS as standard.

Powering the upcoming Husqvarna Vitpilen 401 will be the same 373.2 cc single-cylinder engine from the Duke 390. In the latter, the engine produces 43.5 bhp and develops 37 Nm of peak torque, while paired with a 6-speed transmission. Considering the European-spec Svartpilen 401 offers the same power output, it's likely to remain unchanged in the India-spec models as well. 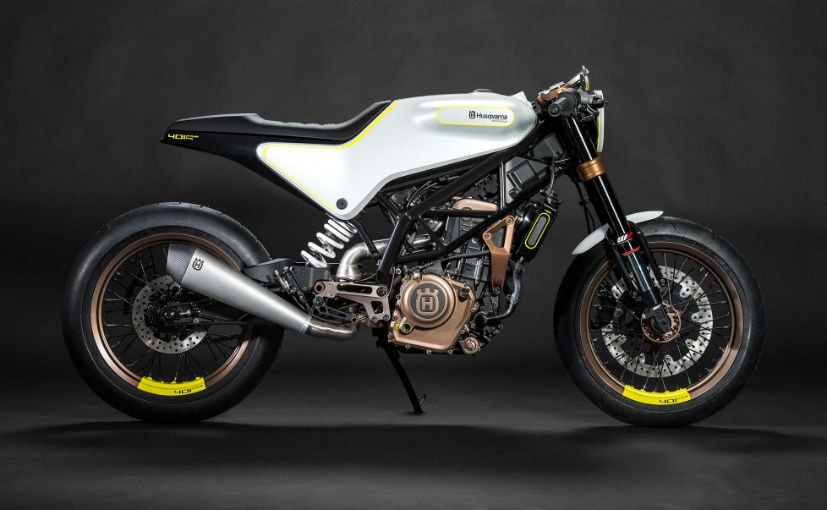 Rajiv Bajaj, MD, Bajaj Auto has confirmed that Husqvarna range of motorcycles will be launched in India in 2019 calendar year and could begin its India operations with up to six models. That said, initially, we only expect the Husqvarna Vitpilen 401 and Svartpilen 401 to go on sale in India, followed by other models. We expect the bikes to be priced higher than the KTM's 390 models, so expect a price tag around ₹ 3 lakh (ex-showroom). Competition, of course, will come from the likes of the aforementioned BMW G 310 R, Honda CB300R and even the Royal Enfield Interceptor 650 and Continental GT 650.