The 2021 Mahindra Scorpio though will continue to retain the ladder-on-frame underpinnings but will be based on an evolved version which also underpins the new-generation Thar. 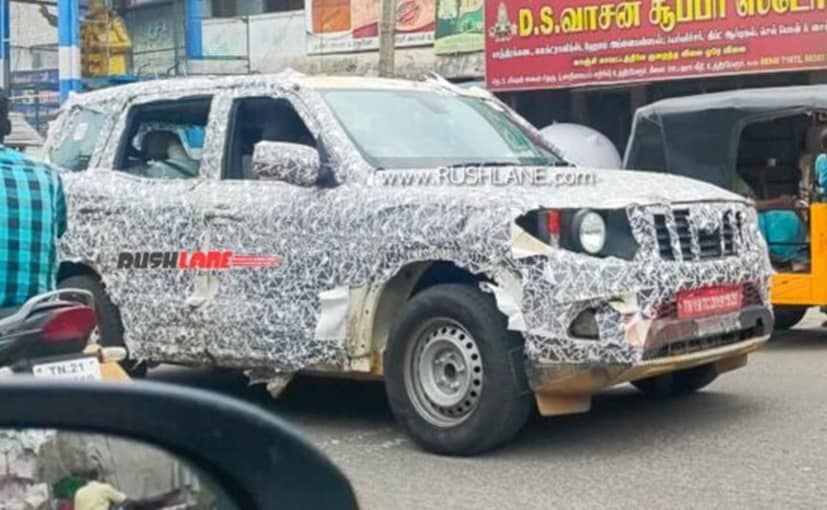 New spy photos of the next-generation Mahindra Scorpio have surfaced online, and this time around we get to see the SUV's production-spec 5-slot grille and front bumper. However, the rest of the SUV comes with temporary parts and it is still heavily camouflaged. The new image also indicates that the new Scorpio is likely to come with a bigger footprint and a more toned-down silhouette. Interestingly, Mahindra has recently trademarked different variations of the name Scorpio Sting, which could be the new moniker for the popular mid-size SUV. 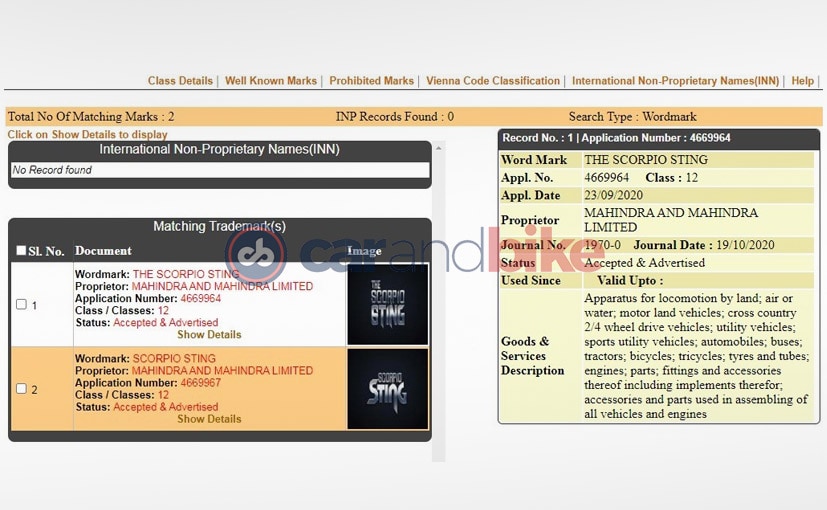 Mahindra has trademarked different variations of the name Scorpio Sting, which could be the new moniker for the popular mid-size SUV

The new-gen Mahindra Scorpio comes with a longer bonnet with what looks like a hood scoop, large bumper with wide air intakes. The temporary headlamps are halogen units, but we expect the production model to get projector lights and LED daytime running lamps as well. The test mule is running on steel wheels, but the higher variants of the SUV will get alloy wheels. We do not get to see the rear section of the SUV here, but we expect the new Scorpio to get LED taillights, possibly as standard. The SUV will also get a larger tailgate with shorter loading height for easy ingress and egress. 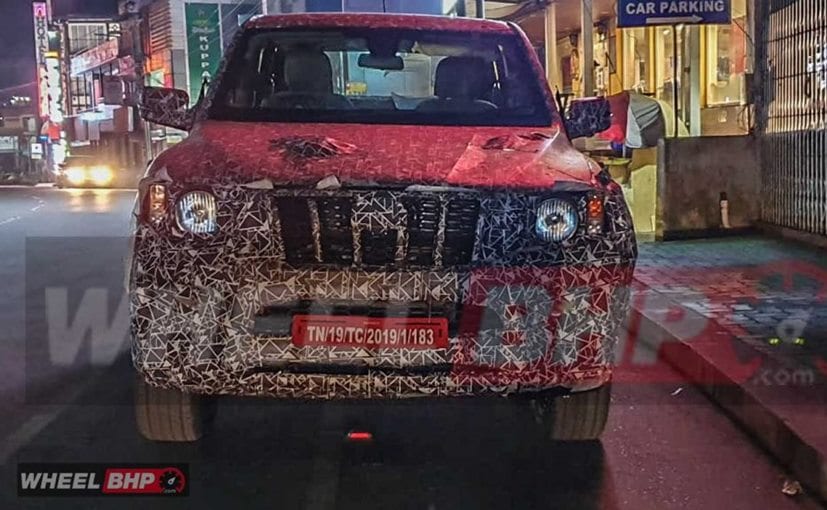 The next-gen Mahindra Scorpio will get a longer bonnet with a new face, possibly featuring LED projector headlamps and LED DRLs

The 2021 Mahindra Scorpio though will continue to retain the ladder-on-frame underpinnings but will be based on an evolved version of the same shared with the new-generation Thar. The new-generation Scorpio or Scorpio Sting is expected to be larger in proportions while also going plusher and tech-friendly on the inside. The existing model comes with two options for the third row - the side-facing jump seats and front-facing bench seat, and Mahindra might make the latter as the standard offering. While we do not get to see the cabin, in these images, we do expect to see a well-equipped dashboard with a new touchscreen infotainment system, a new multi-functional steering wheel, new rear AC vents and improved safety features.

Under the hood, the new Scorpio will come with both petrol and diesel engine options. The former is likely to be the 2.0-litre mStallion turbocharged petrol engine that will make 150 bhp and 320 Nm of peak torque. The 2.2-litre mHawk diesel was also upgraded earlier this year and now develops 130 bhp and 320 Nm of peak torque, but it could be tuned differently for the Scorpio. Transmission options are likely to include both 6-speed manual and a 6-speed automatic torque converter unit. Right now, the new-gen Mahindra Scorpio is expected to be launched sometime in 2021.