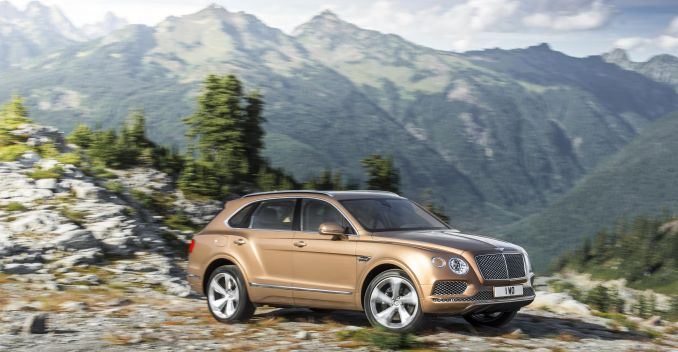 British luxury carmaker Bentley's first-ever SUV, the Bentayga, was recently unveiled at the 2015 Frankfurt Motor Show. Claimed to be the most expensive SUV in the world, the ultra-luxury SUV's first buyer will be Queen Elizabeth. Michael Winkler, CEO, Bentley told the Telegraph, "We have reserved the number one car for her."

It is said the Queen of England, who test drove the Bentayga's prototype a few weeks ago, will use the SUV on her property in Scotland for hunting jaunts.

The Bentley Bentayga - which will be the Crewe based luxury carmaker's flagship model - will not only be the most luxurious and expensive SUV in the world, but also the fastest. The upcoming Bentley SUV comes powered by an all-new twin-turbocharged 6.0-litre W12 engine that puts out a massive 600 horses along with an astonishing maximum torque of 900Nm. The Bentley Bentayga is claimed to achieve 0-100Km/h in just 4.1 seconds on its way to a top-speed of 301Km/h - which will effectively make it the world's most powerful and fastest SUV too.

The Bentley Bentayga SUV is set to go on sale in 2016.

In case you were wondering, the current record for the fastest SUV in the world is held by the Porsche Cayenne Turbo S. It can go from standstill to 100Km/h in 4.1 seconds too, but offers a top-speed of 283.24Km/h.

Bentley Bentayga
₹ 3.85 Crore *
Subscribe to Our Newsletter
Over 1.5+ Lakhs subscribers
Thank you for Subscribing to Us