Tata Sons - Chairman Emeritus, Ratan Tata has invested an undisclosed amount in Tork Motors that is all set to launch the T6X electric motorcycles in the next few months. 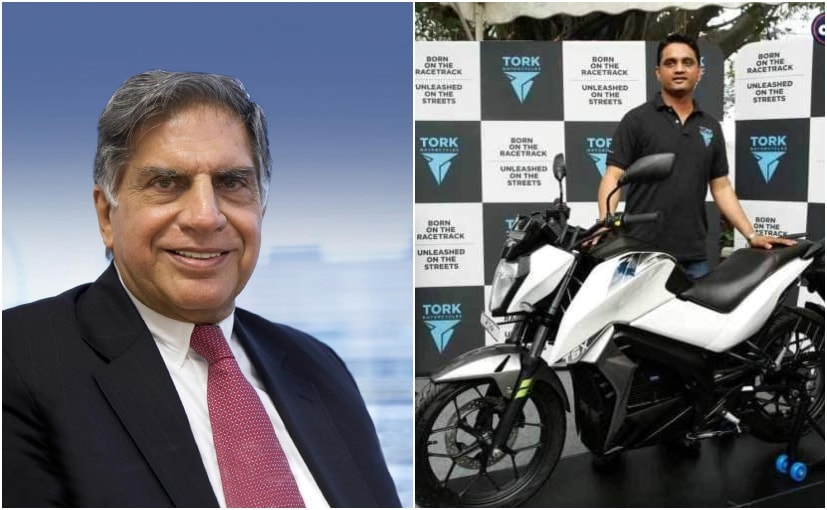 Chairman Emeritus of Tata Sons, Ratan Tata will be investing an undisclosed amount in Pune-based electric two-wheeler start-up Tork Motors. The announcement comes just ahead of the commercial launch of the Tork T6X electric motorcycle that is slated in the following months. The e-motorcycle though has been under development for quite a while. Ratan Tata joins a number of other big ticket investors of Tork, which has previously raised funds from Bharat Forge and Ola Cabs founder Bhavish Aggarwal. The start-up is known for its indigenously developed electric vehicles, with the brand having showcased its capabilities in racing.

Speaking about the investment, Ratan Tata said, "In last few years, there has been a sea of changes in the attitude towards electric vehicles. This industry is changing rapidly and I place good value on the sound logic and the approach that the team at Tork Motors has taken. Overall, I am very impressed and feel that this is the kind of spirit that should be present in every Indian entrepreneur."

Speaking on the investment, Kapil Shelke, Founder and CEO of Tork Motors said, "Mr Tata is one of the most prominent business leaders in the world. I am glad that his office representative visited the factory, understood the concept, evaluated the product, and had ridden the motorcycle post which Mr. Tata took an informed decision. An investment by him is an endorsement of the long-held belief by us that the Indian auto sector is going through a phase of huge growth and transformation. We are privileged to have him come on-board as an investor. Now with his support, guidance and mentorship, we are even more confident about carrying out our vision of promoting e-mobility in India. Our business model is distinctively differentiated with an emphasis on an in-house development in technology and product advancement, with innovation at the core of our offerings. This investment gives us a great opportunity to gain more experience from the master himself."

We first had a chance to check out the Tork T6X electric motorcycle back in 2017, when the model was dubbed as India's first motorcycle in the EV space. While the Revolt RV400 has beat the former to that title, Tork does promise an interesting product with its first offering. The elecric motorcycle promises a top speed of 100 kmph and a range of 100 km on a single charge. It will also be capable of charging up to 80 per cent in an hour. The Tork T6X will also come with TIROS (Tork Intuitive Response Operating System), which compiles and anaylses data for the rider including power management, realtime power consumption, range forecasts and more.

The new investment coming from Ratan Tata is a big step-up for the Pune-based start-up that is on the brink of commercially launching its first offering. With the newfound push towards electric vehicles from the government, Tork Motors will be the newest Indian entrant in the electric two-wheeler space and will take on the likes of Revolt, Okinawa, Ather Energy, among others.