The Revolt RV400 finally made its debut in India and while the electric motorcycle will be launched next month, Revolt Intellicorp will start taking pre-bookings from June 25, 2019 onwards. 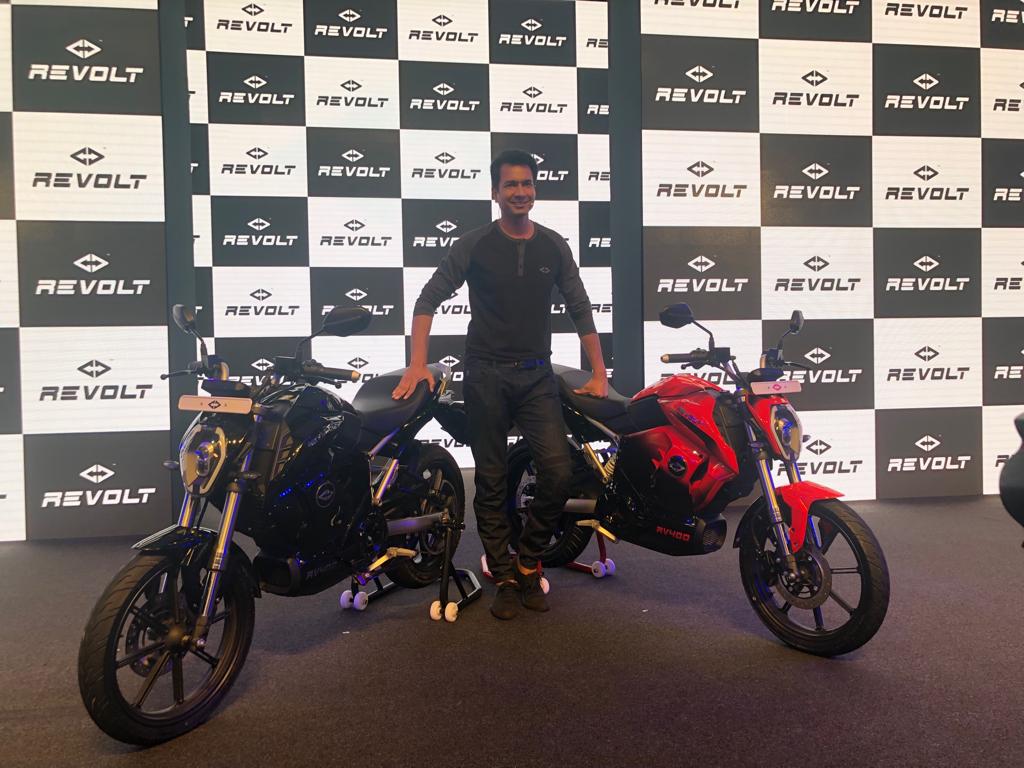 View Photos
Revolt will commence pre-bookings for the RV400 from June 25.

The Revolt RV400 has an ARAI rated range of 156 kilometres on a single charge and has a top speed of 85 kmph. It can be charged on a regular 15 ampere plug point and does not require any specialised charging infrastructure. Revolt will also offer on-board charging along with portable battery charger. In fact Revolt will also launch mobile battery swapping points in the city it begins operations in and also offer home delivery for batteries, which will definitely go a long way in addressing range anxiety among users. Revolt hasn't revealed the complete specifications of the RV400 yet and will do so once it is launched.

The Revolt RV400 is a 'smart' motorcycle, which means it will offer connectivity features such as Geo-Fencing, bike location, telematics and a first-in-class sound selection feature. Yes! That's right! The Revolt RV400 will feature four pre-loaded motorcycle sounds to choose from and the company says that it will offer more options through over the air updates.

Also Read: What We Know About The Revolt RV400

Along with the motorcycle, Revolt will also launch the revolt app, which has multiple features and is said to adapt to the user's riding behaviour. The app collects riding data through telematics from the 4G enabled IOT device in the motorcycle and uses analytics to give tips on better riding to the user. It has more than 20 features such as remote start, bike location, real-time riding information, navigation, battery ordering, finding the nearest mobile battery swapping point, changing motorcycle sounds and so on. Plus, you can also upload important documents such as bike papers, driving licence on the app itself.