The Sandstorm is expected to be launched later this year along with revisions to the base Street Scrambler and updates to the Triumph Street Twin. 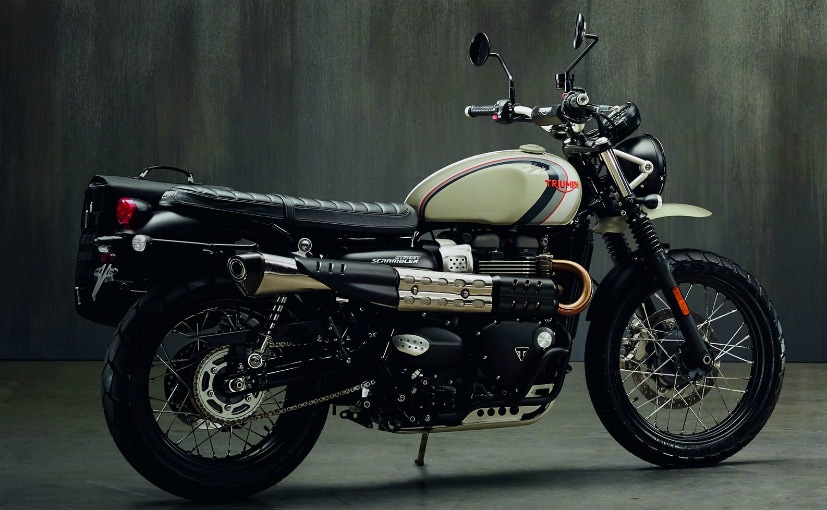 The EPA documents also confirm a new version of the Triumph Street Twin, to be called the Street Twin Goldline, which will join the range. According to reports, both set of documents confirm minor engine tweaks to make the Triumph Street Twin and Street Scrambler range Euro 5 compliant. Although peak power is still rated at 64.1 bhp, it arrives slightly earlier at 7,250 rpm instead of 7,500 rpm as on the current model. Maximum torque is still 80 Nm, which peaks 50 rpm higher than the previous version at 3,250 rpm, instead of 3,200 rpm.

The type approval documents filed in Europe show the Street Scrambler Sandstorm as having a wet weight of 228 kg, for both the updated Street Scrambler and the previous model. What is not clear is what the Sandstorm will be. It's expected that the Sandstorm will sport a high-mounted front fender, and possibly a larger front wheel with some added suspension travel to give it a fitting tribute to its name. More details will be available closer to launch, possibly in a few months from now.