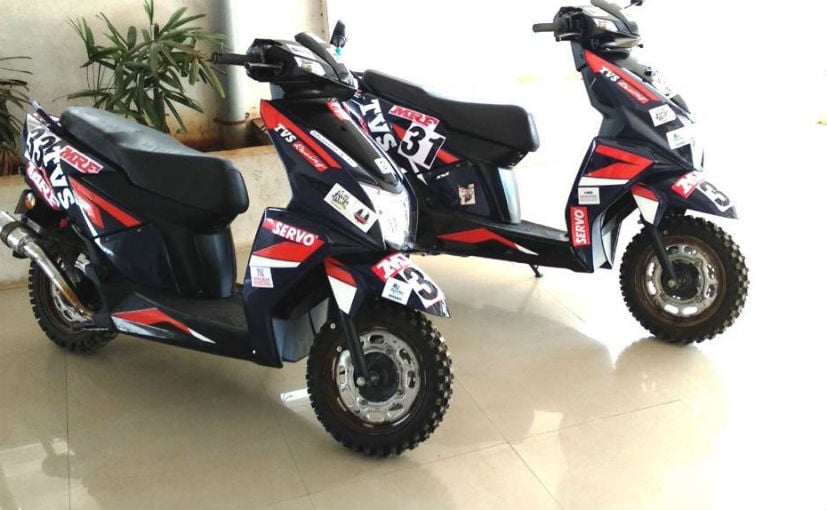 TVS Motor Company has unparalleled racing pedigree when it comes to racing, be it on the track or off it. The company is well-known to take its regular two-wheeler models and convert them for racing and this time, it is the TVS Ntorq scooter, which has been properly modified for rally racing and will be making its debut in Nashik, for the fourth round of Indian National Rally Championship on 25 -26 May, 2018. The rally-spec TVS Ntorq SXR will be piloted by three time national rally champion Asif Ali and Shamim Khan.

B Selvaraj, Team Manager, TVS Racing, said, "The TVS SXR 160 has always been a formidable machine in the scooter racing arena. With the debut of TVS Ntorq SXR, we are confident to take the performance up by several notches. We have tested the scooter for performance and reliability and I am confident that it will set new benchmarks in the scooter class. The TVS Racing Scooter team holds a strong winning record and the TVS Ntorq SXR will build on this success story."

The Ntorq SXR is a mean looking scooter and how we wish we could ride it too. Having a scooter like that is just stuff dreams are made of.