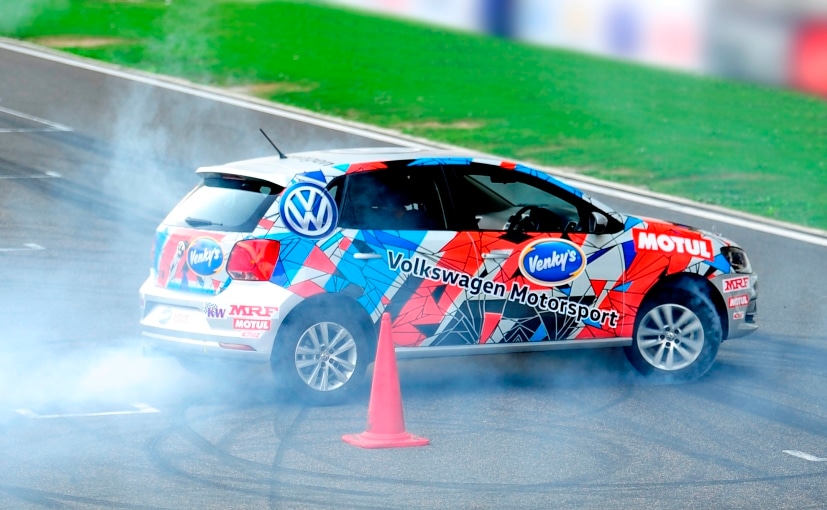 Volkswagen Motorsport India has announced its participation in the 'Race of Legends' racing event. Slated to be held on February 3, 2019, at the Raymond Drift Track, Thane, Maharashtra, the 'Race of Legends' is a supporting event at the finals of Indian National Autocross Championship 2018. Volkswagen Motorsport Team will be proving four equally prepared cars for the competition in addition to all the technical support required in terms of managing the cars during the event. The Volkswagen Polo cars provided for the event are street version Polos with modified hydraulic hand brake.

As the name suggests, the Indian racing legends will be participating in this special event will be - Katie Bhathena, Darayus Bhathena, Akbar Ebrahim, Nikhil Taneja and Bomi Mehta driving the Volkswagen Polo cars at the event being held over the coming weekend in Thane. As already mentioned, this is one of the support events, along with the finals of Indian National Autocross Championship 2018. Prior to this, the 5 regional rounds happened in the cities of Guwahati, Kolkata, Coimbatore, Goa and NCR which concluded in 2018.

Vissa further added, "It is our desire that motorsport should also be included in the popular sports category. We are happy that individual events like the Gymkhana and Autocross Championships are gaining momentum in the country and it is our pleasure to support these events in whatever way possible. It is only by successful collaboration and supporting each other that we can collectively bring motorsport to the forefront and provide better opportunities to the enthusiasts in our country."