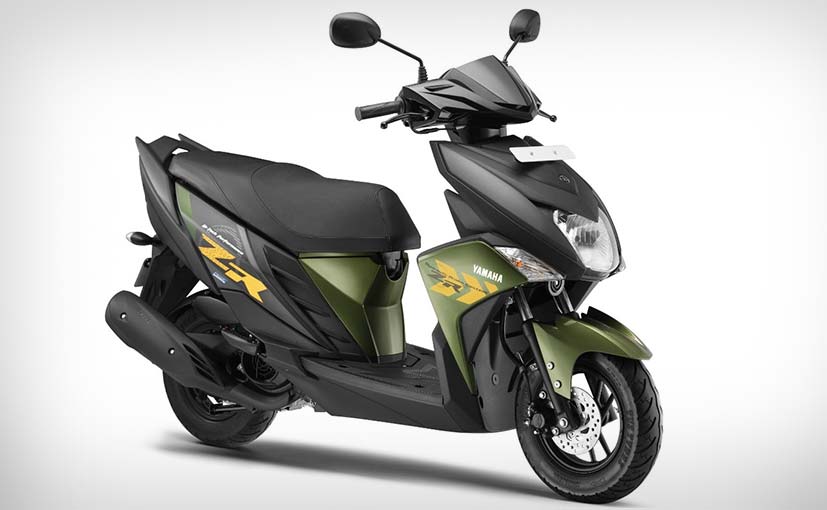 Yamaha Motor India has launched the new Cygnus Ray-ZR scooter with prices starting at ₹ 52,000 (ex-showroom, Delhi). The new scooter from Yamaha available in two variants with the top-end trim getting a disc brake and is priced at ₹ 54,500 for the disc brake equipped version. Yamaha had originally unveiled the Cygnus Ray-ZR at the 2016 Auto Expo in February this year and the model will hit the market from May 2016 onwards. Several dealerships across the country have commenced accepting bookings for the new scooter that is targeted at young male buyers.

With the concept of a 'Next Generation Real Boy's scooter', the new Yamaha Cygnus Ray-ZR has been styling on the with several sporty elements like the sharp lines, accentuated side panels, dual-tone colour scheme and trendy body graphics. The sculpted front fascia adds a masculine feel to the scooter, while adding the young touch are the alloy wheels and all-black finished exhaust. You also get this new olive green colour scheme with bronze finished wheels, handlebar and suspension forks that certainly look appealing to us.

In terms of power ,the Yamaha Cygnus Ray-ZR uses a 113cc 2-valve, air-cooled, single-cylinder engine with Blue Core technology. The same motor also powers other scooters in the company's lineup and is paired to a continuously variable transmission (CVT). The scooter comes with a higher power-to-weight ratio as well, boasting of its light kerb weight of 103 kg, much lower to most rivals in the segment including the Hero Maestro Edge, TVS Wego and Honda Dio. Yamaha claims a fuel efficiency figure of 66 kmpl on the Cygnus Ray-ZR. 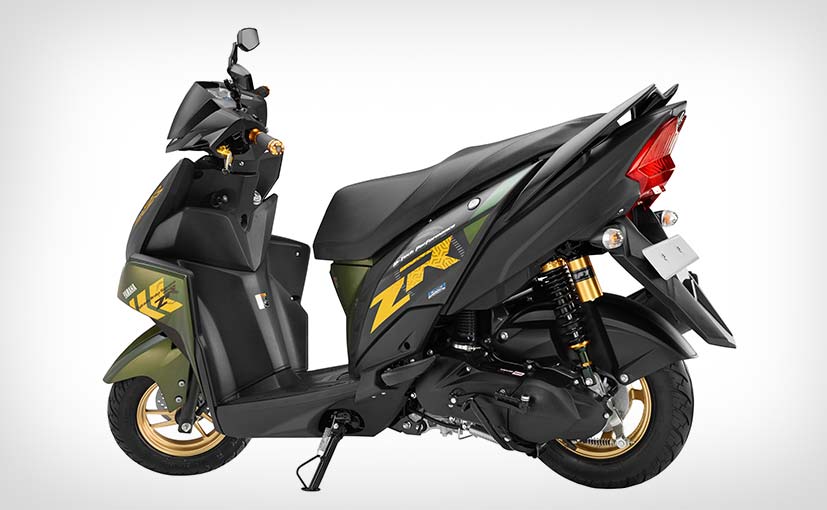 Also Read: Yamaha MT-09 Deliveries To Commence in India From Next Month

Roy Kurian, Vice President -Sales and Marketing, Yamaha Motor India Sales said, "Out of the total demand of two wheelers in India, the scooter segment is soaring with 30 per cent contribution to the sales and we are looking at a 10 per cent market share for this year. With Yamaha's forte to cater to youngsters with its DNA of style, sportiness and innovation, the new Cygnus Ray-ZR will surely be a treat for real boys, especially among the ones particularly keen on style and technology. Since 2012, Yamaha's Scooters were enthusiastically accepted in the market. With the launch of the Fascino in 2015, Yamaha further witnessed a steep growth in sales, which only testifies its strong product focus and market strategy. We are excited to launch the new Cygnus Ray-ZR which is all set to rev many hearts among Indian customers."

Talking about features, the Yamaha Cygnus Ray-ZR offers a 21-litre under seat storage option, trendy analog instrument cluster, tubeless tyres among other bits. We would have liked a USB charging point as well, even as optional, given the growing popularity of the feature these days. Nevertheless, the scooter is being offered in two colour options. The male centric Cygnus Ray-ZR will be sold alongside the Cygnus Ray, the company's offering for female riders.

Mahindra Gusto 125
₹ 58,137 *
View More
Subscribe to Our Newsletter
Over 1.5+ Lakhs subscribers
Thank you for Subscribing to Us