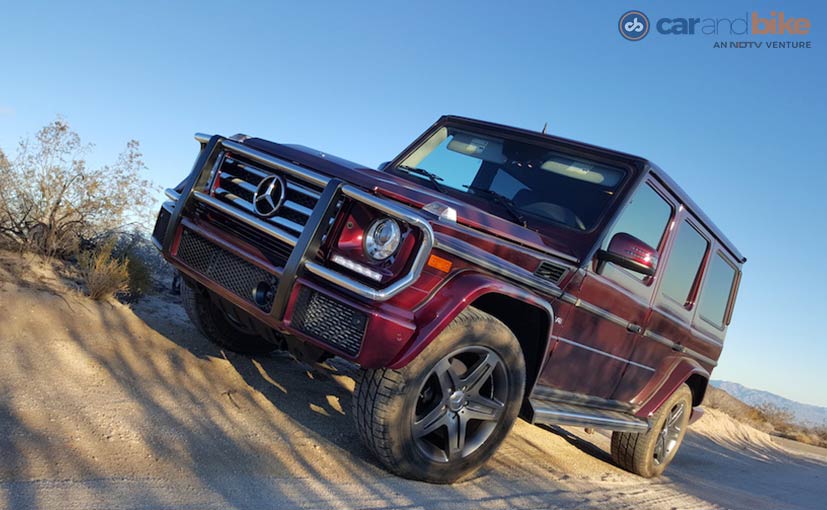 It's been pronounced dead several times, but the G-Wagen by Mercedes-Benz is more alive than ever. At the mature age of 36, it gets yet another refresh - a relatively minor one, as you wouldn't "modify a Rembrandt painting," correct? That's how Gunnar Guthenke, Daimler's head of G-Class, explained to us why the venerable off-roader receives almost no changes to its exterior. In fact, the only major revision happened in 1990. And those visual changes were kept to bumpers, lights, and decor. 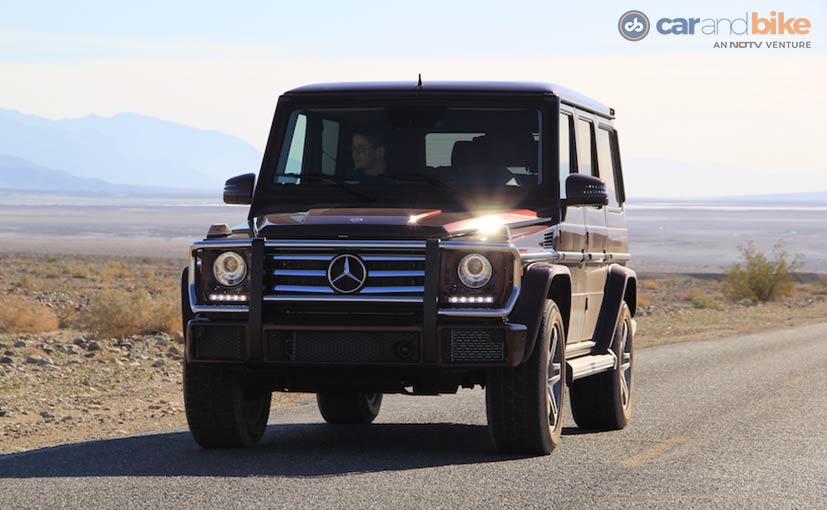 The G-Wagen is the slimmest of any Mercedes-Benz cars, yet it is so tall and its styling so uncompromising that it makes any of its sister models look decidedly modest. By definition, its box-like shape allows for maximum space utilization, and indeed, the G offers generous accommodations. Visibility towards the front is excellent, while the view to the rear is somewhat hampered by the wide D-pillars - but this vehicle lets you know precisely where its four corners are. 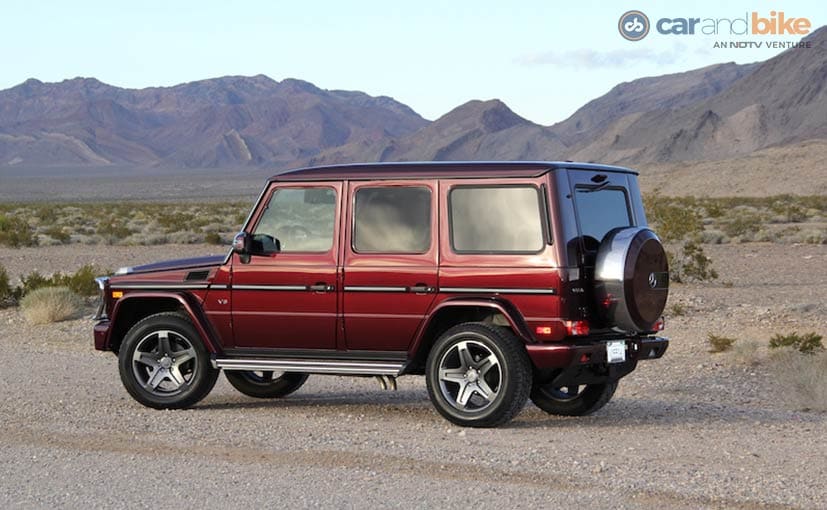 The slim, narrow dashboard has visibly been carried over for decades, although it is graced with a variety of buttons, switches, dials and gages reflecting over 35 years of interior design and development. It needs careful study if you are ever to exploit the G-Wagen's potential fully. If you do, three differential locks can be activated by the flick of a button. And, of course, the capabilities of this off-roader are simply astounding. 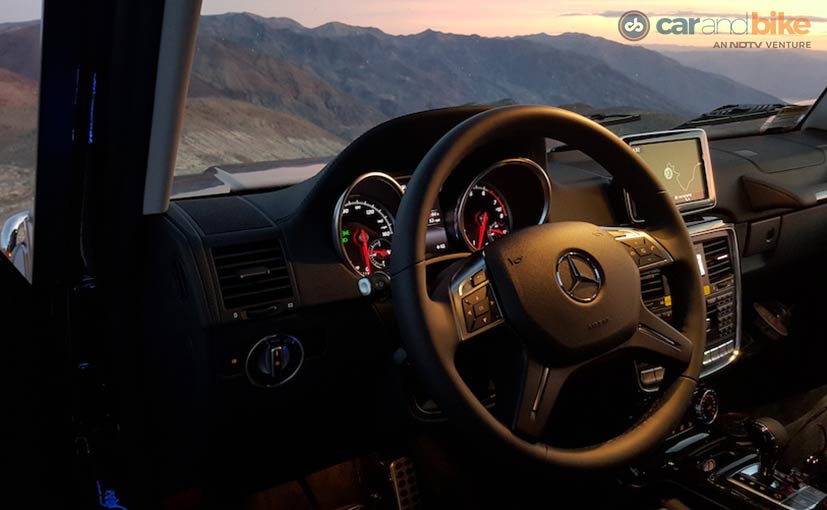 The most important changes happen under the hood. The G500 loses its naturally aspirated 5.5-liter V-8 - and gains a twin-turbocharged 4.0-liter V-8, essentially the same engine that powers the AMG GT. The biggest challenge for the development team? Preserving the awesome sound of the predecessor. After a day in the new model, we can confirm that they passed the test with flying colours. The new model sounds every bit as aggressive as its predecessor - and what's more, it goes even better. While the previous model cranked out 382 horsepower and 530Nm of torque, the new model is rated at 416 horsepower and 610Nm. 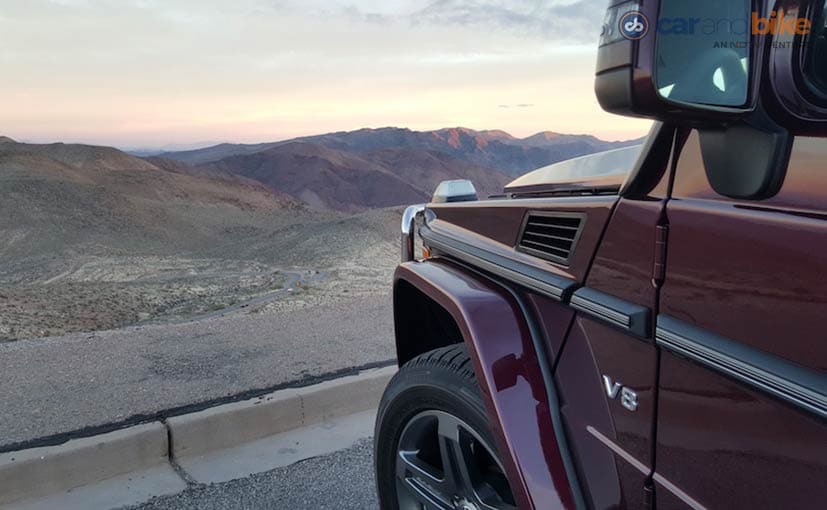 The result? A 0-100 km/h time of just 5.9 seconds - and a top speed of a governed 209 km/h. Typically, we don't care much for these governors, but in the G550, cutting power at 209 km/h is just fine, given its high centre of gravity and less-than-precise recirculating-ball-type steering. Consumption figures have not be released yet, but we predict they will be shocking, if slightly less so than on the outgoing model. 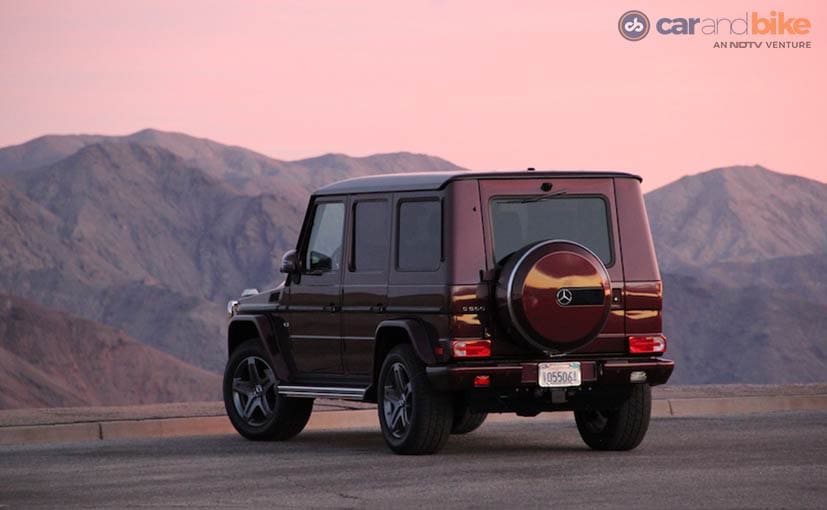 Europe also gets a diesel-powered G-Wagen that won't be offered in all markets, but there would also be upgraded engines on both the G63 AMG (which we do get in India) and the G65 AMG (which we do not). The G63 AMG continues to be the loudest G-Wagen, and its twin-turbocharged 5.5-litre V8 now makes 563 horsepower instead of 536; the G65's 6.0-liter V-12 will make 621 bhp.

The handling characteristics of the G-Wagen are still somewhat outclassed by more modern SUVs, including its main competitors - the most uplevel Range Rovers and the Toyota LandCruiser/Lexus LX twins. But they have improved: In sport mode, body roll is sharply reduced, and the stability control system cuts in later and less rigorously.

Pricing hasn't been announced yet on this car globally, but we don't expect it to deviate much from the current model - which starts at a whopping $115,400 in the United States. Will it come to India? That's a hundred thousand dollar question for now! But given Mercedes-Benz India's penchant for expanding its portfolio - even with niche offerings like the 'Crazy-Colour' Mercedes-AMG G 63 last year - we won't be surprised to see the 2016 G500 making a reappearance in the Indian market.