The Hyundai Casper is an urban car designed for the Korean market, however, it's been in demand all over the world ever since the pictures first broke out. What's so special about it? and should it come to India? We answer all that in this exclusive review.
By Siddharth Vinayak Patankar The Hyundai Casper is a small city runabout designed specifically for Korea’s younger, upwardly mobile buyers. But it has received much love and acclaim the world over. And demand too. The Casper is not a hatchback, not really an SUV, but still gets the kind of attention that SUVs are now used to.

The Casper is an urban car, and so while a compact footprint was important, it also needed to look very modern and stylish, with a distinct character and identity. There’s been a lot clamour about it in India, especially since models like the Maruti Suzuki S-Presso, but more so the Tata Punch have really opened up a new segment.

The Hyundai Casper looks modern and stylish, with a distinct character and identity that instantly attracts you.

The Casper is 3595 mm long – making it shorter than the Grand i10 Nios, Santro and Tata Punch! Its wheelbase is generous for a car of this overall size. It has a width just under 1600 mm – again that’s 80mm narrower compared to the Nios. And the height is 1575 mm which is more.

While the Casper is not a hatchback, it's also not an SUV, but it still gets the kind of attention that SUVs are now used to.

The Casper is for the Korean market and there are demands all over the world ever since the pictures first broke for other markets who also want the car. The reason I think is because of how it looks. Now the designers tell me that the whole intention here was to make a car that looked happy, friendly, and that makes you smile. The design certainly does that.

The styling is very unconventional up front, if you think about Hyundai's design, and yet it's very modern, keeping up with the new generation and what a lot of younger buyers want. So, the indicators are up top, while the DRLs on this one are unlike the other cars again from the portfolio. The position of the headlamp is lower and this car being the turbo, the air intakes are a bit different and go very well with the design up front and I like that.

The rear section of the Casper is its most distinct visual identity, thanks to the very unique looking taillights.

Now it is an SUV look and so you've got a very chunky muscular yet very compact design. So even though overall length sits below four meters the wheelbase is 2400 mm which is pretty ample, considering the size of this car overall. There’s a little bit of cladding which gives you that SUV feel – a little notch maybe. Then there is this very chunky, sporty looking wheel design. The roof rails give it that tall boy look and as you come around to the back, there's a nice little design element that you shouldn’t miss. It's a little happy face and that's supposed to be Casper if you will because again, as the design team says it wants the car to be your friend. I mean they really want it to be someone rather than something to you.

At the back is, I think, where it has its most distinct visual identity, very different use of tail light treatment. It's actually flush and integrated into the tailgate. And then you've also got these playful round elements to complement the front. But now let me get down to driving it.

Right now, the Casper has two petrol engines on offer in Korea - a 1.0-litre naturally aspirated motor and a turbo petrol.

The Casper has two engine types in the Korean market, though the designers told me its platform can take electrification or diesel solutions on without a problem. This is derived from the same platform as the one spawning the Santro in our market.  The more frugal variant has the 998 cc Smartstream, 3-cylinder engine that makes 76 horses, and has both automatic and manual variants. The turbo is the more powerful offering with 100 bhp and substantially more torque. I have begun my drive with the smartstream variant.

Hyundai Casper: How Does It Drive?

Well, my first experience of driving the Casper and yes everybody who thinks that this could be the perfect car for our market – is right – in terms of the packaging and in terms of its drivability. Since there are two iterations of the Casper in Korea, I am glad I got to drive both engine types on the roads of Seoul, and out on the highway too.

We drove the Smart Stream as well as the more powerful Kappa engine with the turbo, and both cars get the 4-speed auto transmission.

The Casper 1.0 Kappa TGDi is quick, surprisingly agile, and the two variants have distinctly different feels. Both cars get the 4-speed auto transmission. There's an obvious difference in character between the two cars I am glad, I got a chance to drive both the Smart Stream as well as the Kappa engine the one with a Turbo no doubt is more powerful. And it's more powerful, not just in terms of the figures on paper. Sure it's 76 versus 100 horses on this one, but you can tell that the performance right away is zippier, the responses are a lot nicer and the steering also feels tighter. That's the part that also will surprise you because typically on small cars like this, the steering tends to feel really light and sort of disconnected. Not the case in the Casper.

Apart from being more powerful, the Turbo petrol version is also zippier, the responses are a lot nicer, and the steering also feels tighter.

The Casper gets two drive modes – Normal and Sport. And while the drive is a lot more responsive in Sport, Normal is not sluggish either. Surprisingly there’s no Eco mode – which is something worth considering if it can make a huge difference to mileage numbers. There are traction modes like on the other SUV models – snow, mud and sand – that vary torque to the wheels. There’s no all-wheel-drive version of the Casper on the cards. An EV though, is very likely.

The theme inside the cabin of the Casper is young and sporty with a fun and vibrant feel.

Inside, the Casper is nothing like the other Hyundai SUVs or compact hatches. Yes the screen and its interface will be similar to those, but the layout and design is very individual. The theme is young and sporty with a fun and vibrant feel. The cabin is surprisingly roomy. Though the rear seats are best for two big adults or three teens at best. And the car comes with many safety features including Isofix and airbags, and even some ADAS on the higher trims.

The instrument cluster is fully digital, and the touchscreen comes with connectivity and entertainment options you’d expect, along with a very intuitive navigation system, here in Korea.

The Casper is unlikely to come to us in this exact form, however, Hyundai could consider bringing a similar product seeing the popularity of the Tata Punch.

Hyundai Casper: Will It Come To India?

The Casper is unlikely to come to us in this exact form, since the Indian market has its own intricacies. But given the success of the Tata Punch, which is larger – Hyundai is eyeing the space very keenly. So expect a Casper-like model to come in at between Rs. 6.5 – 8.5 lakh price point. This also means the second generation Hyundai Venue will be slightly larger and more premium when it arrives around 2024. That would then create a space for a model like Casper to come in below it as the entry SUV for India. 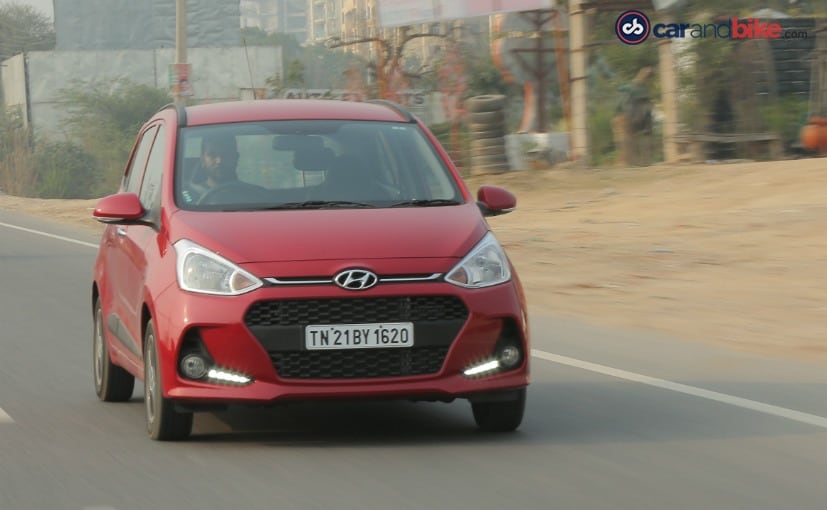 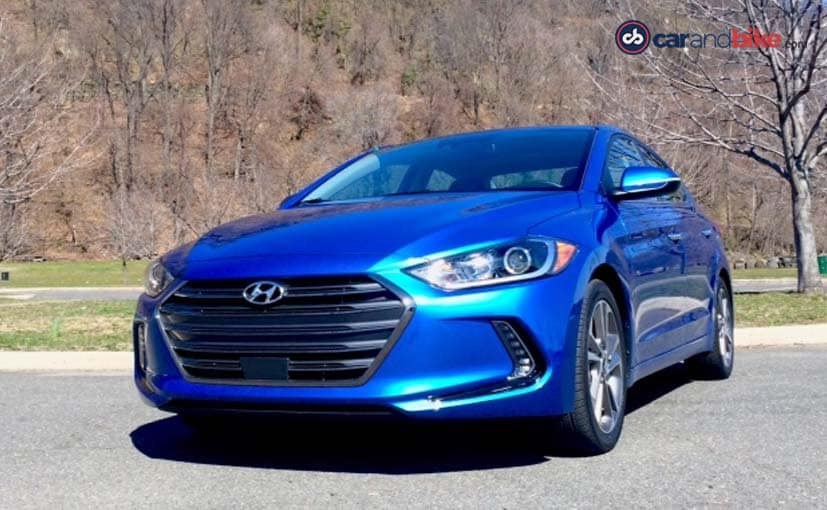 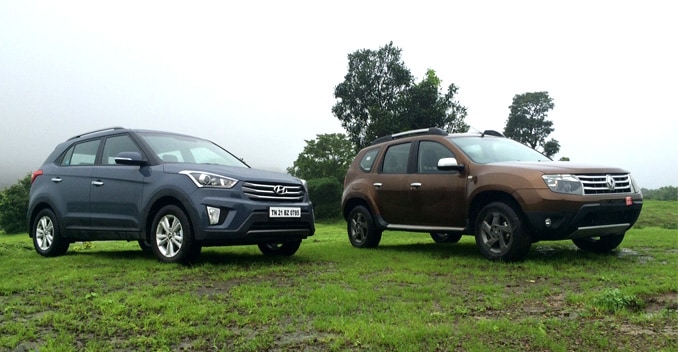 Hyundai Creta vs Renault Duster: The Search for a New Segment Benchmark 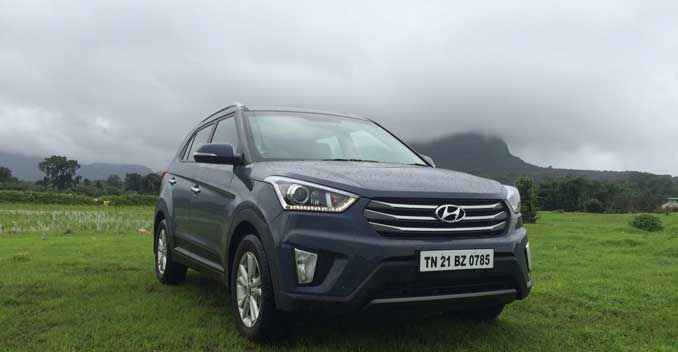