Maruti Suzuki Baleno vs Hyundai i20: Battle of the Premium Hatchbacks 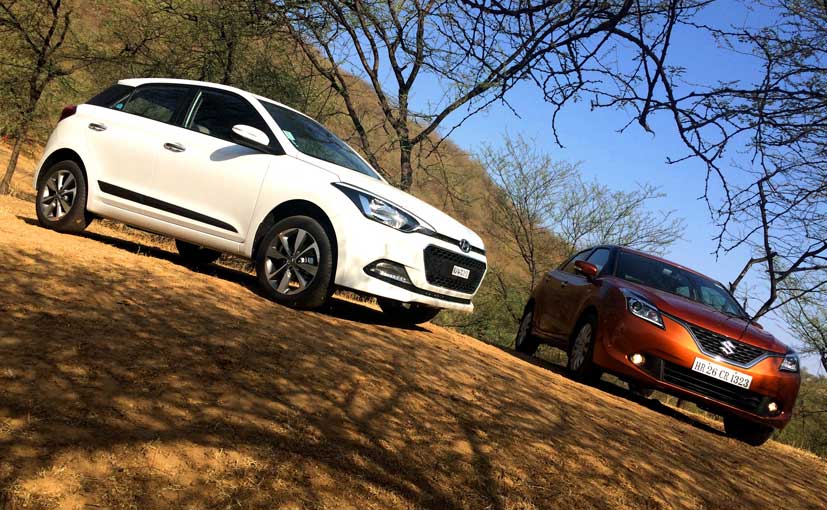 The Baleno was a crucial launch for the market and for Hyundai too! No I am not accidentally saying Hyundai instead of Maruti Suzuki! Hyundai has had an almost monopolistic run with its i20 hasn't it? Though the Honda Jazz has also done rather well since its arrival. Now the question is will the Baleno expand the segment or eat into the share of those two cars - particularly the i20 which sells almost an average of 10,000 units a month?

So the i20 is definitely the car to beat. This is also one of the cars that Suzuki will have to contend with when the Baleno launches in Europe next year. The i20 is bold, roomy, and has the best driving character of any Hyundai hatch so far - ever! In our last comparison the i20 had managed to just about beat the Honda Jazz and retain segment benchmark status, and hence we are sticking with just the i20 for today's battle.

Now the Baleno isn't obviously good looking but there are a few things about it that help it redeem itself. What Suzuki is calling the liquid flow concept design which shows a little bit of a bulge on the metal that almost organically flows back along the car's sides. The Baleno doesn't have the longest wheelbase in its class and yet visually looks like it is the biggest in its class.

That's accentuated by the second thing which I really like - which is the use if this quarter glass at the back, which sits behind the shut line of the rear door. This means the metal area gets reduced and so not only do you get a sense of space from the outside, but when you're inside the cabin, it appears airy and roomy. The bulge in the metal on the rear fender also implies that you've got a lot of cargo space, even though once again the Baleno doesn't have the biggest boot in its class! The front is where the car could have been a little sexier looking. The top end version does look nicer with the projector headlamps and the chrome element running through the headlamp. The Honda Jazz looks modern and very new age, the Fiat Punto Evo is the beauty, and then you've got the i20 which hands down remains the most stylish car in the segment. It has got that oomph factor; there's a wow to it. The Baleno is very different looking and instantly implies a lot of space, it looks more ample. So visually the two cars are so distinctly different.

The one thing that went against the i20 in that face-off was the lack of gadgets that the Jazz had. But now, just in time for Diwali (and perhaps more importantly - the Baleno launch), Hyundai has reworked the i20's interior to offer better colours, better finish and the all-important touchscreen with navigation too. This allows the i20 to once again seem fully-loaded.

Maruti is being really brave to go with an all-black interior theme on the Baleno. In India everybody seems to be obsessed with beige, and remember when you use dark colours it makes the space look a little smaller. But on the Baleno it has been executed well, and the cabin is obviously roomy anyway.

Good headroom, excellent legroom and a nice airy cabin feel are the Baleno's strengths. Now while the rear legroom on the Baleno is more than the i20's, it doesn't have a rear AC vent - which the i20 has. The i20's rising beltline though makes the rear cabin seem more cramped because the window is a bit high. The Baleno's climate control system and overall central console layout looks nicer and trendier too.

The Baleno offers 4 trims, and all have airbags and ABS as standard. That's terrific! The i20 has 6 variants, and neither are standard. It offers a driver airbag in two variants, and dual airbags in 2, while ABS is available in 4 of the 6 variants.

The Baleno has a very smartly designed and sexy looking instrument cluster. The Zeta and Alphas top trims also have the really cool TFT display trip computer with a great display and even the real-time torque and power output display that is the gimmick that really works! The i20's instrument cluster is informative but boring by comparison. Both cars now have touchscreen infotainment and navigation, but in both it's available only on the top trim. The Baleno bumps up the cool quotient though with the Apple CarPlay USP. The top trims also give you keyless entry with a start-stop button, reverse camera, electric mirrors, and a tilt and telescopic steering. 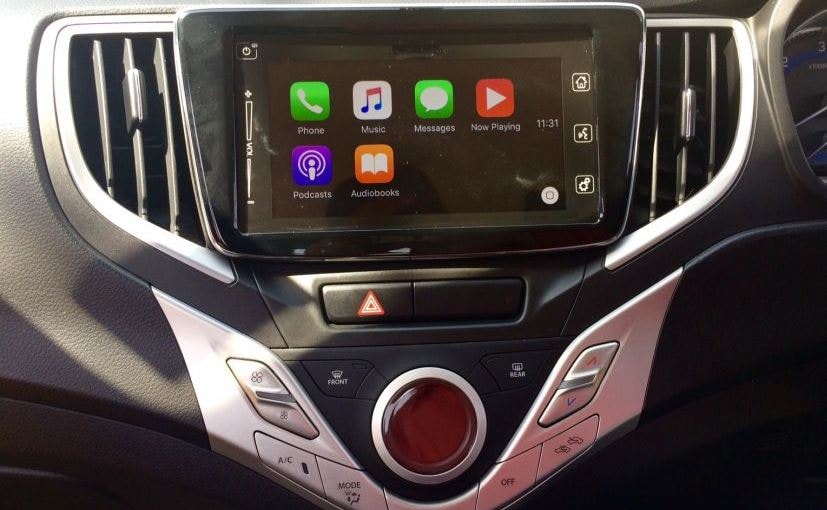 Both cars offer diesel and petrol engines. The i20 is now in desperate need of having an automatic option - and now it will need to be a fuel efficient one since the Jazz and now the Baleno have a CVT petrol option (Baleno CVT driven: http://goo.gl/fNNEN2)). The Baleno has the Fiat-derived 1.3 litre DDiS engine that's a little gem. Tuned to deliver 74 bhp, it works very well. The i20 has the more powerful 1.4 litre U2 CRDi, with a lot more torque. And so it makes you wonder why Maruti didn't opt for the 90 bhp version of that 1.3 litre engine. The answer probably lies in the mileage figures (Baleno DDiS: 27.39 kmpl, i20 U2 CRDi: 22 kmpl). The much higher segment-best mileage claim gives Maruti Suzuki a real edge doesn't it?

On the petrol side the two seem more evenly matched, almost figure for figure. And even though both use a 5 speed manual gearbox, as I said before the Baleno has a CVT option that also delivers the same mileage as the petrol (Baleno VVT: 21.4 kmpl, i20 VTVT: 18.5 kmpl).

I have driven both cars in their diesel avatars more extensively, as that will likely remain the higher selling engine variant for both. The i20 has a mature feel to it, coming across as very built and engineered. That is what had really impressed me about this second generation car when it replaced the first i20. Now the i20 handles better and has a slight nicer feel, but overall the engine performance from the Baleno's diesel unit is a lot more satisfying and more fun. Its more punchy and definitely sportier. 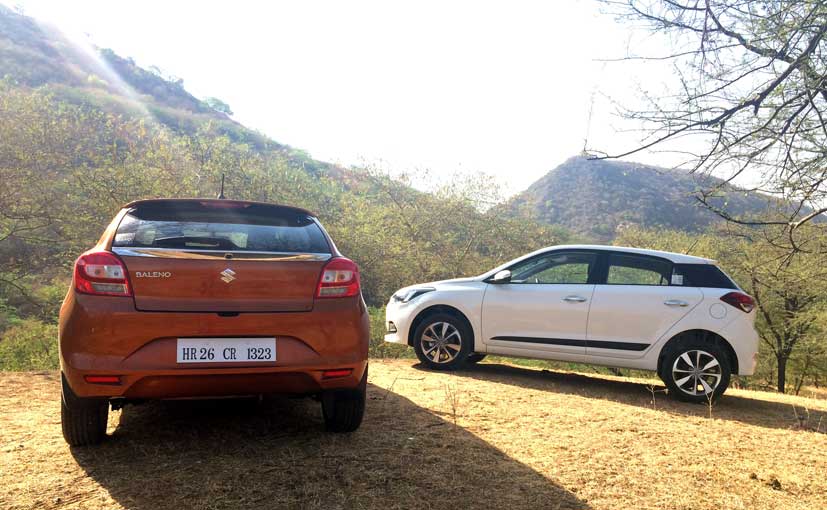 So I have to say that it's the car I've enjoyed driving more. Having said that, while the gear shift has been mated very nicely, the Baleno could use the 6th gear that the i20 offers. Both cars have ample torque so there is not much gear changing involved. That is the only real disappointment. The car's steering and sporty ride make up for it though. The diesel Baleno feels planted, and the steering and suspension feel solid. The obvious tilt of the suspension setup towards comfort will go down well with India buyers, though the i20 also enjoys good ride quality as I said.

The availability of torque as low as 2000 rpm in the Baleno and 1500 rpm on the i20 means both cars maneuver quickly and effortlessly through city traffic. The i20's gearbox comes across as more refined though. And that is more or less true on the petrol variants too. The Baleno does seem zippier - and this is no surprise considering Suzuki's prowess with small displacement petrol engines. 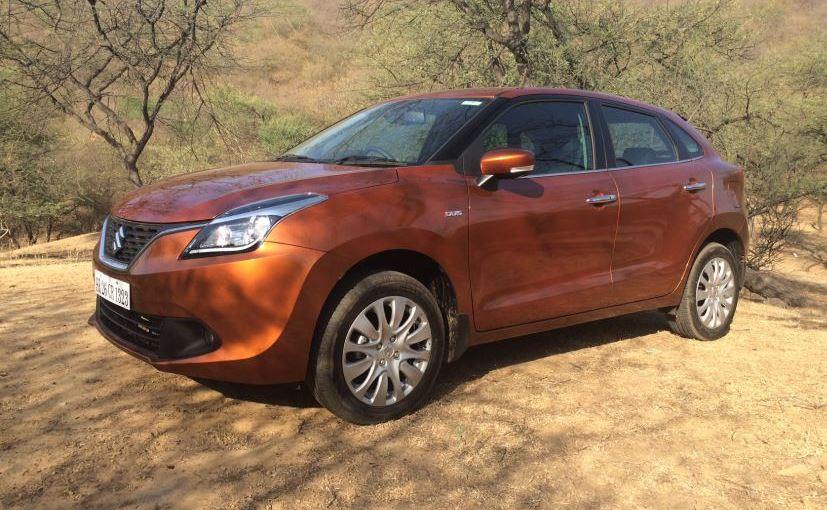 So what's the verdict? The Baleno appears to hold an edge in this contest. The Baleno undercuts the i20 by a good ₹ 30,000 on both the petrol and the diesel variants. Maruti surprised everyone by launching it at ₹ 4.99 lakh and the price goes up to ₹ 7.01 lakh for the petrol variant. The diesel on the other hand starts at ₹ 6.16 lakh to ₹ 8.11 lakh (all prices ex-showroom Delhi). So, Maruti Suzuki has won the price battle but let's see how the customers take to it.