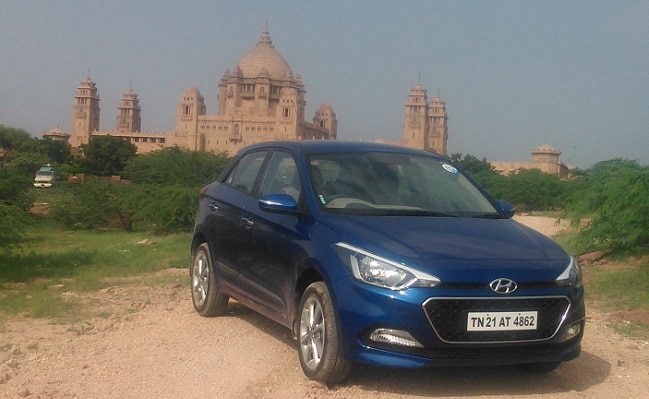 We first saw the Hyundai i20 in 2008 and we liked it alright. Fast forward four years and Hyundai introduced the mid-life facelift in 2012, which did not fail to impress either. So, to say that the second generation i20 has some big shoes to fill would be quite an understatement.

The Hyundai Elite i20's recent global unveiling in India is proof that the carmaker is intent on getting its domestic market focus right. However, it also indicates that the new Elite i20 didn't want to give the new Volkswagen Polo or the Fiat Punto Evo much of a head-start. Even the segment leader, i.e. Maruti Suzuki Swift, looks a bit dated as compared to these new models. Needless to say, facelifts and new generations are the need of the hour. 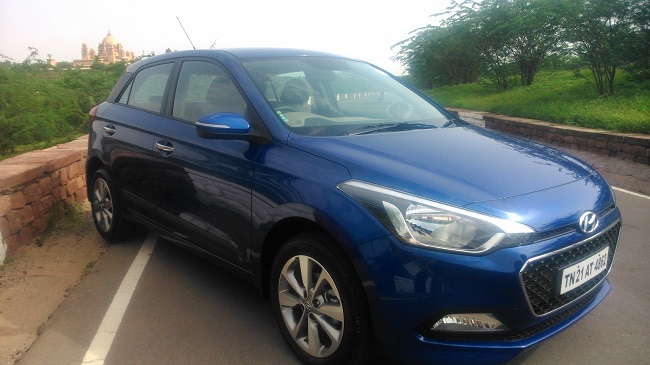 Though the previous i20's Fluidic design was received well in India, Hyundai is looking to widen its horizons with the rather European-esque Fluidic 2.0 design philosophy. The company claims this shift in the design philosophy was to transform the car's image, i.e. it wanted the Elite i20 to come across as 'bold' instead of 'youthful'. To be honest, it wasn't love at first sight for me, but I can only hope that I will eventually come around.

The new Fluidic 2.0 styling certainly allows the Elite i20 to look bolder; the hexagonal grille at the front is hard to miss. It feels like it is staring at you, a little too much, I would say. However, the sweptback head-lamps and the sleek fog-lamps on the bumper help bring the much-needed 'cheer' to the hatchback's front fascia. The absence of daytime running lights, which looked nice on the outgoing model, is quite strange. 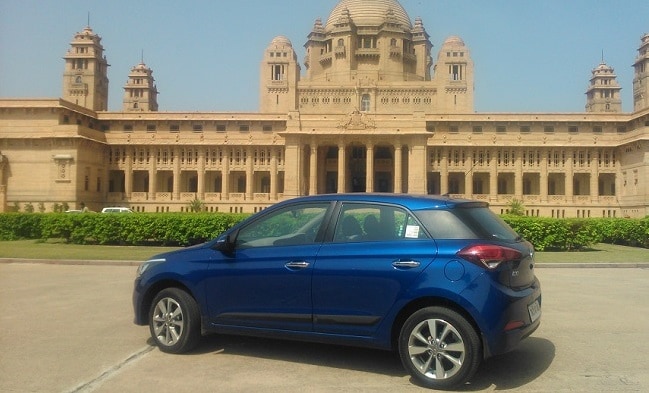 Moving on to the side profile, the new 16-inch alloys, offered only on the Sportz and Asta variants, definitely add to the Elite i20's sporty appeal. The remaining trims have to make do with 14-inch rims.  That said, it is really the rear where the Elite i20 scores brownie points, thanks to the 'Alfa-Romeo meets Veloster' tail-lights. Let's not forget the blacked out C-pillar that  blends in equally well.

Now, the cabin. Its nice and pleasant inside the Elite i20; the dual-tone beige and black interiors look good and so does the neatly laid out dashboard. What is really impressive though, is the fit-and-finish. The quality of the plastic used is very good. Since it is a Hyundai product, the presence of lots of features is a given. The 3-spoke steering wheel has a nice upmarket feel to it and comes with lots of controls mounted on it. The hatchback gets a front centre armrest with storage, a steering-sensitive rear parking camera, and a 2-DIN audio system with 1GB storage among other features. Despite all those features, I found myself wishing Hyundai had added a touch-screen mutlimedia player and made dual airbags a standard offering across all trims, for that is when the car would have truly been 'un-compromised'. 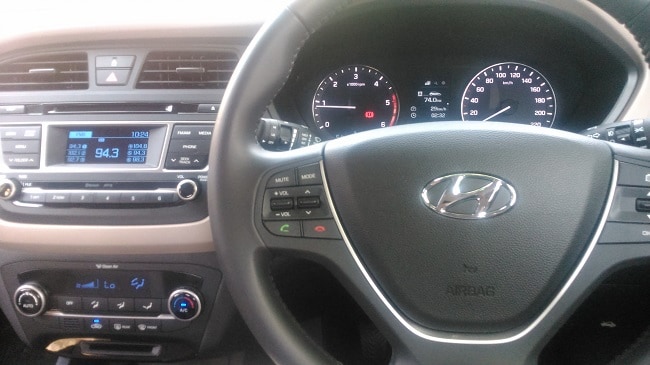 Next point of focus is room in the rear row. Since the Elite i20's wheelbase is the longest in its segment, there is little doubt that the rear row gets quite a decent amount of legroom and headroom. The seats are firm and comfortable, with good under-thigh support. Even though the transmission tunnel doesn't eat up much legroom, seating 3 people in the back might be a little bit of a squeeze. Then there are also the AC vents in the rear row. Long story short, you will be comfortable riding in the Elite i20's rear row. As far as the boot space is concerned, it has shrunk a bit, as compared to the outgoing model, but is still good enough to fit a couple of medium-sized suitcases with ease. 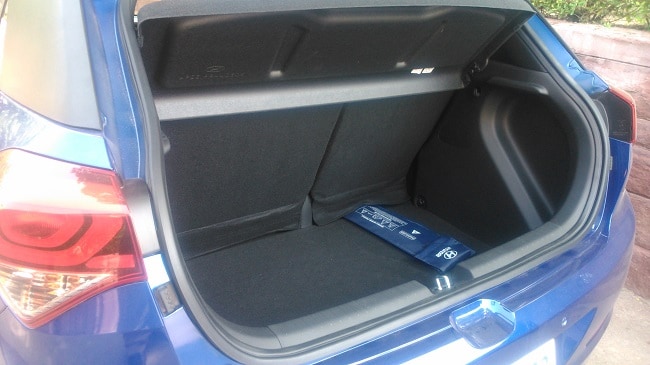 Save for its good looks and modest driving dynamics, the exiting i20 didn't have much to offer, at least not in the performance department. Hyundai was smart to improve that in the Elite i20 by adding a bit more zing to the petrol engine and refinement to the diesel.

I really liked the diesel Elite i20's linear power delivery as I stepped on the pedal and looked to accelerate on the highway. The 1.4-litre U2 diesel engine delivers 89bhp of power and an impressive peak torque worth 220Nm. Also, it doesn't make much noise, even at high speeds, and the cabin is really quiet, thanks to the impressive NVH levels. In terms of transmission, the 6-speed gearbox is quick and responsive and is perfect for highway driving. One must note that the aforementioned gearbox is available only on the diesel Elite i20.

The 1.2-litre petrol engine has been tweaked to offer more low and mid-range power. It produces 82bhp and 115Nm of torque and comes mated to a 5-speed manual gearbox. Expect the petrol model to get an automatic transmission pretty soon. The fuel efficiency figures are impressive too; Hyundai claims that the petrol engine offers 18.5Km/l, while the diesel promises 22Km/l.

In terms of suspension, the one on the Elite i20 is softer than that on the outgoing model. Also, the hatchback gets a ground clearance of 170mm. So, all in all, driving on poorly-built roads isn't a challenge anymore. The steering is precise around corners and the car handles well at high-speeds, though it you feel a wee bit of body roll. Overall, the new i20's ride and handling certainly feels more confident.

The crux of the matter is that the Elite i20, with it's improved driving dynamics, added features, more space and new styling, will easily fill in the big shoes of its predecessor. With a price tag of Rs 4.89 lakh for the base petrol and Rs 7.67 lakh for the top-end diesel, I agree that the Elite i20 is a pricey package, but that didn't deter many in the past and we doubt it will affect the new-generation model's prospects either.