2018 BMW i8 Spyder Convertible Caught Testing For The First Time 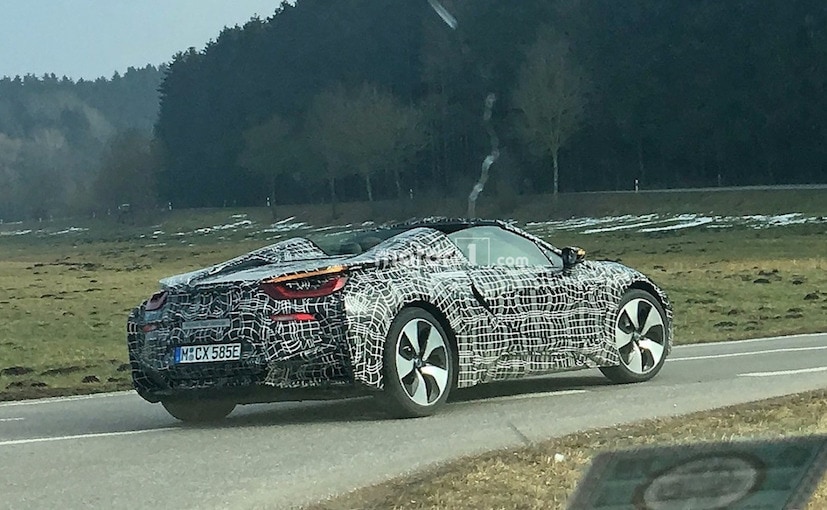 The BMW i8 is undoubtedly one of the best looking supercars out there. The car that looks from the future was first showcased as the BMW Vision Dynamics concept and it would be safe to say that much of those conceptual lines made it to the production version as well. Now, as promised, BMW is working on the droptop version of the i8 and the first spy shots of the convertible have managed to make its way online.

Following the footsteps of the coupe, the BMW i8 convertible started life as the i8 Concept Spyder in 2012, while the German carmaker also revealed the tech laden i8 Viison Future Interaction Concept at the Consumer Electronics Show last year that further gave insight on what the roofless supercar will look like. 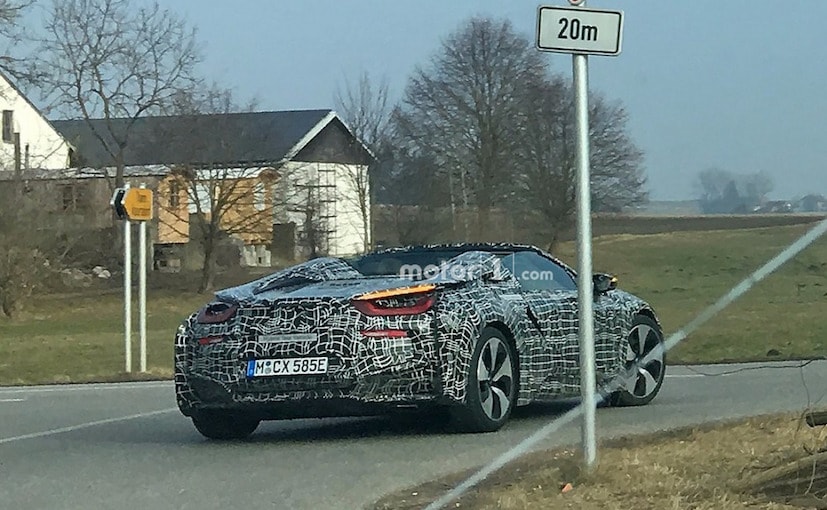 The 2018 BMW i8 Spyder will come in the facelifted avatar

Unsurprisingly, the BMW i8 Spyder wears heavy camouflage, but it's not really difficult to decipher the model given its unique styling. The chopped off roof on the prototype is clearly visible, and looks quite aesthetic as well. What really doesn't fit in the ensemble though is as to how BMW plans to fit a roof there. That's something we will need more spy shots to understand. That said, the upcoming i8 Spyder will be more than just a roofless version of the coupe sibling.

The BMW i8 coupe is due for a facelift later this year and the new i8 Spyder will be introduced in 2018 with the updated design. Expect to see subtle changes to the futuristic styling on the model, while there will be updated list of features on the convertible. If the recent speculations are to be believed, the BMW i8 facelift will also see a marginal bump in power by 15 bhp, pushing the total output from the petrol and electric motor to 372 bhp. Another update on the hybrid supercar will be a much larger 10 kwh batter pack from the Formula E safety car that will replace the 7.1 kwh battery. This, in return, should see an improved range on the convertible. 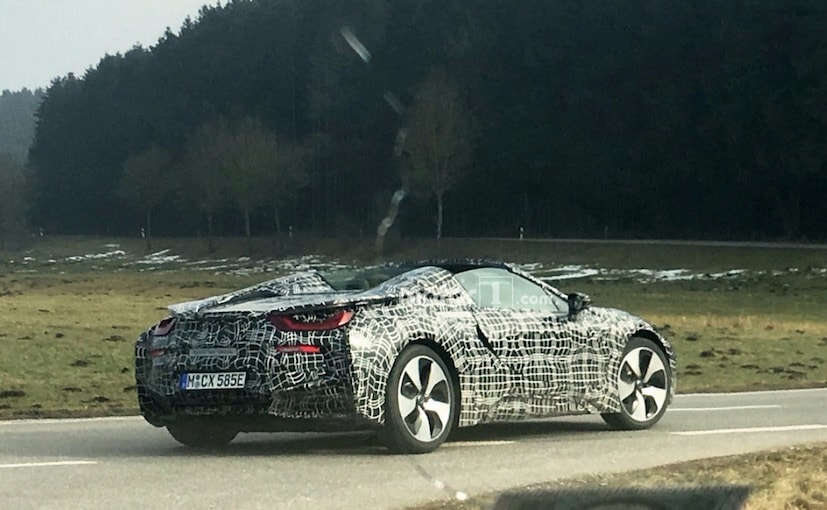 BMW could call it the i8 Roadster upon launch

Further upgrades include improved suspension setup with revised springs and dampers; while the chassis will also be tweaked with extra reinforcements to compensate for the absence of a roof. Also, going by BMW's current nomenclature, it is likely that the manufacturer will badge the convertible as the i8 'Roadster' instead.

The BMW i8 is already on sale in India, so needless to say the i8 convertible will also be introduced here.  That said, it will be i8 facelift that will be coming in first though while the convertible can be expected soon, after its global debut.

Lamborghini Aventador
₹ 4.79 - 5.32 Crore *
Subscribe to Our Newsletter
Over 1.5+ Lakhs subscribers
Thank you for Subscribing to Us