The new Mercedes-Benz EQC will start in the company's plant in Bremen, Germany from 2019, and is expected to go on sale in later next year as a 2020 model. 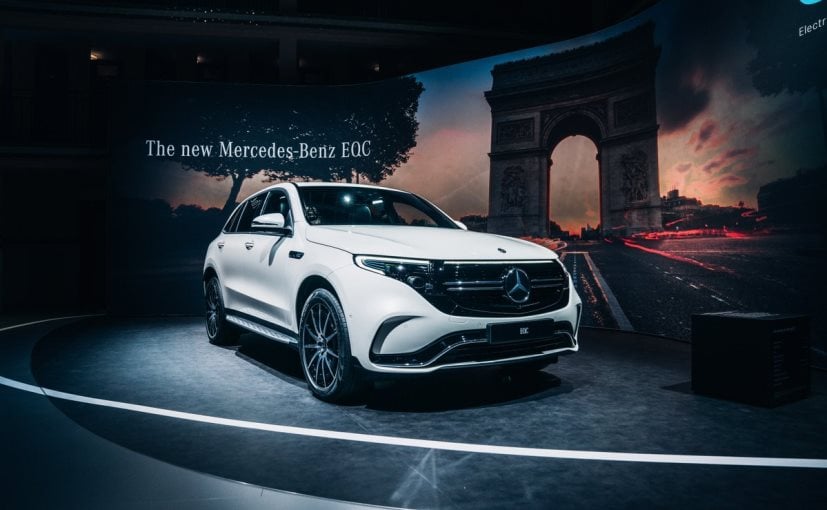 Mercedes-Benz EQC, the Stuttgart-based carmaker's first all-electric production vehicle has made its public debut at the 2018 Paris Motor Show. The first production vehicle from the new EQ all-electric sub-brand from Mercedes-Benz, the new EQC electric crossover/SUV was officially unveiled just a month ago. Production of the new Mercedes-Benz EQC will start in the company's plant in Bremen, Germany from 2019, while batteries for the EQC is coming on stream at the expanded battery plant in Kamenz (near Dresden). The car is expected to go on sale in later next year as a 2020 model.

Powering the new Mercedes-Benz EQC is a dual motor setup, which includes one motor for the front axle and one for the rear. This makes the EQC an all-wheel-drive SUV or as Mercedes likes to call it, a 4Matic. The EQC's motors are powered by an 80 kWh lithium-ion battery, that helps the motors produce a combined 300 kW (402 bhp) of peak power and 765 Nm of peak torque. The new EQC gets an all-electric range of around 400 km with a quick charge option on the SUV too. 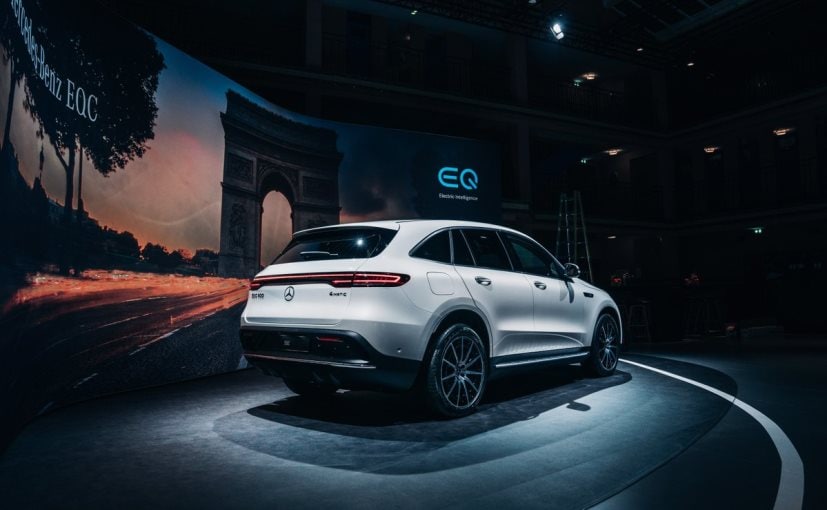 Visually, the EQC comes with the familiar Mercedes-Benz elements, albeit with futuristic styling. Up front, the electric SUV comes with a large grille and a twin slat AMG-esque design. The grille itself is shrouded with a black surround that flows into the LED headlamps. The LED daytime running lights in the headlamp itself are complemented with a LED lighting strip just over the front grille. The rear comes with twin LED tail lamps joined together with a lighting strip while in profile.

The interior on the new Mercedes -Benz EQC is a very familiar one too. The infotainment and instrument cluster are identical to what you get on the likes of an E-Class while the central console has a similar feel too. Of course, there are some changes, including some design elements that ape cooling vents on an electric motor and new AC vents too.

The Mercedes-Benz EQC competes with the likes of the Jaguar I-Pace and the much recently unveiled Audi E-Tron, which are both fully electric SUVs. As of now, only the I-Pace has officially gone on sale, while the E-Tron is expected to be launched by 2018-end.

Ex-showroom Price
₹ 77.25 Lakh
EMI Starts
₹ 1,60,358 9% / 5 yrs
Get On-Road Price Check Reviews
Subscribe to Our Newsletter
Over 1.5+ Lakhs subscribers
Thank you for Subscribing to Us