Yamaha's flagship supersport offering the R1 has been updated for 2018 and sports a host of new upgrades and improvements, while learning from the M1 MotoGP bike. 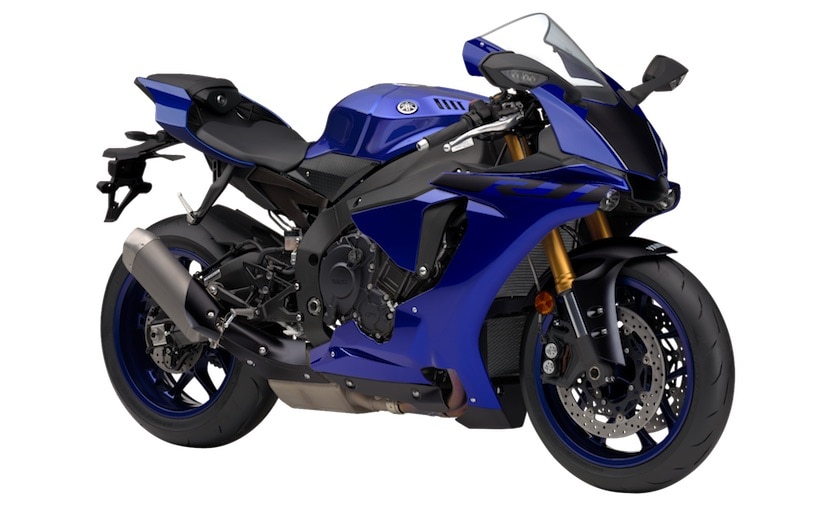 Making its way to India quickly after its global debut at the Tokyo Motor Show, India Yamaha Motor has launched the 2018 Yamaha YZF-R1 in the country. The flagship offering from the Japanese giant is priced at ₹ 20.73 lakh (ex-showroom, Delhi) and sports a host of cosmetic upgrades along with new feature and tech improvements. Much like the previous version, the 2018 R1 continues to arrive in the country as a Completely Built Unit (CBU) and will be available in two colours - Tech Black and Yamaha Blue.

Commenting on the launch of the 2018 Yamaha R1, Yamaha India, Senior Vice President, Sales and Marketing, Roy Kurian said, "The new YZF-R1 model will strengthen Yamaha in its superbike segment in Indian market. It inherits its technology from Yamaha's racing machine YZR-M1. This model also highlights Yamaha's improved aerodynamics which posts it closer to the MotoGP attributes, and which is a rare potential available in today's market. Yamaha plans to increase its market share in supersports segment as the new YZF-R1 is expected to attract the younger racing enthusiasts."

Visually, the 2018 Yamaha YZF-R1 does not any major changes and continues largely with the same design language with the M1 inspired front sporting the LED DRLs and headlamp. The new colours do add a refreshing touch though. Under the fairing, the same 998 cc cross-plane, four-cylinder, four-valve engine continues to serve purpose. The engine has been derived from the YZR-M1 MotoGP bike and is tuned to belt out 197 bhp, which can be improved with the ram pressurisation. The chassis remains the same as well sporting a long swingarm, magnesium rear frame and magnesium wheels. 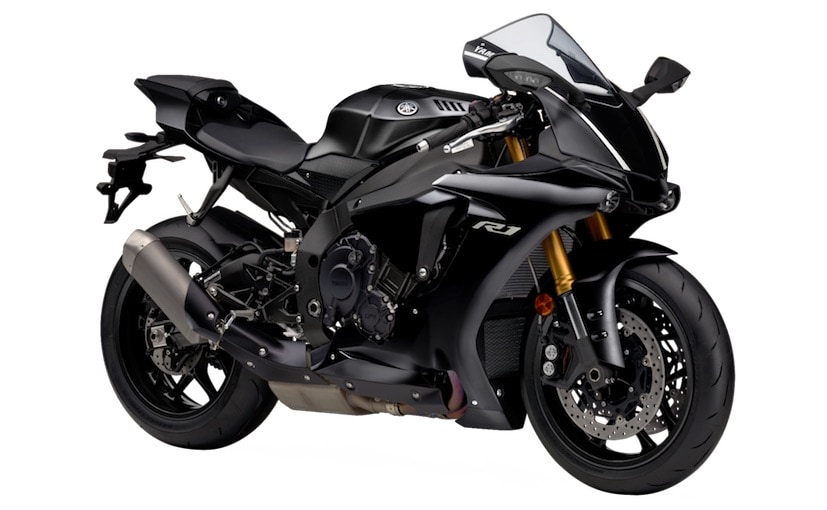 Coming to upgrades, the 2018 Yamaha R1 sports a new Quick Shift System (QSS), which offers quicker changes through the gears without using the clutch. There is also the new lift control system which uses the 6-axis ECU to calibrate adequate power delivery to the rear in order to avoid unintentional wheelies. The 2018 R1 comes with a kerb weight of 199 kg, which gives it a fantastic power-to-weight ratio.

The 2018 Yamaha R1's motor also comes with a higher compression ratio of 01:01 per cylinder head, and comes with titanium con rods and forged aluminium pistons. A large 10.5 litre air box feeds the engine with air via the central air inlet, which can be electronically controlled using the Yamaha Chip Controlled Intake YCC-I) funnels. This allows for more useable performance on the bike, Yamaha says.

The updated Yamaha YZF-R1 will be locking horns with a host of offerings in the litre-class superbike space, including some older rivals like the Honda CBR1000RR Fireblade and the Suzuki GSX-R1000R, along with the Kawasaki Ninja ZX-10R, BMW S1000RR, Aprilia RSV-4 Factory and the likes.