Yamaha has launched the 2018 version of the MT-09 in India at a price of Rs. 10.88 lakh (ex-showroom, Delhi). The bike is Yamaha's naked middleweight offering in India and will be going up against the likes of the Triumph Street Triple RS and the Kawasaki Z900. 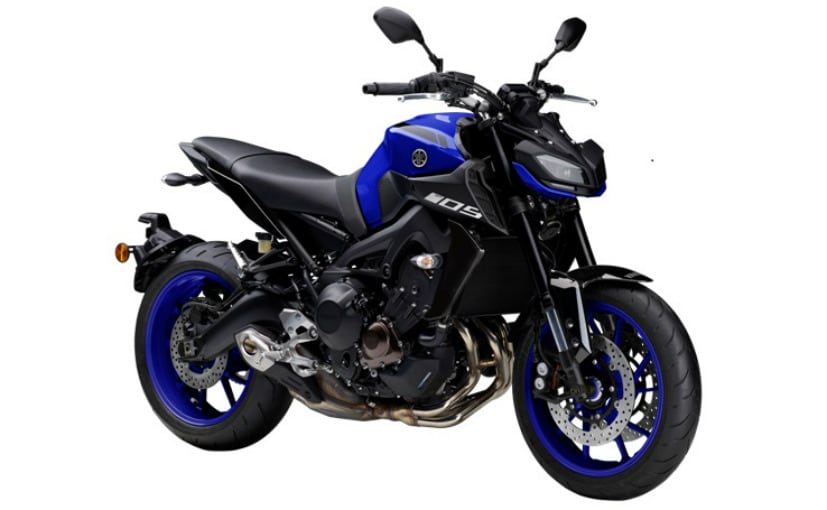 Yamaha India has launched the 2018 model of its naked roadster, the MT-09, in India at a price of ₹ 10, 88,122 (ex-showroom, Delhi). The 2018 model gets new colour options which look quite funky. These are Bluish Gray Solid, Deep Purplish Blue and Matte Dark Gray. The bike gets sharper, sexier styling along with subtle cosmetic updates as well. The bike will be brought to India as a completely built unit (CBU). The MT-09 will be available for sale only at select dealerships across India. Overall, the bike remains the same more or less. As of now Yamaha has rather limited models in its superbike portfolio for India, but the company says that it is working on introducing new performance bikes over the next few years.

Commenting on the launch of the new MT-09, Mr. Roy Kurian, Senior Vice President, Sales and Marketing, Yamaha Motor India Sales Pvt. Ltd. said, "Yamaha technology is known globally to offer the desired nimbleness and edge which motorcyclists seek from a two wheeler. It is exciting to announce the introduction of the new MT-09 in the Indian market shortly after its successful run globally. The new MT- 09 will reiterate Yamaha's commitment to offer in India the very best mix of Yamaha's superior expertise coupled with its unique flair for innovation. The new MT-09 has been constructed with excellent rigidity balance that contributes towards the bike's agile handling performance and power delivery."

The sales of the MT-09 were discontinued earlier in the year, as the bike could not meet the BS IV emission norms.