Despite a strong sales record during the festive season in October this year, the poor sales from previous quarters during the 2019 calendar year will have an effect on the overall sales figures. 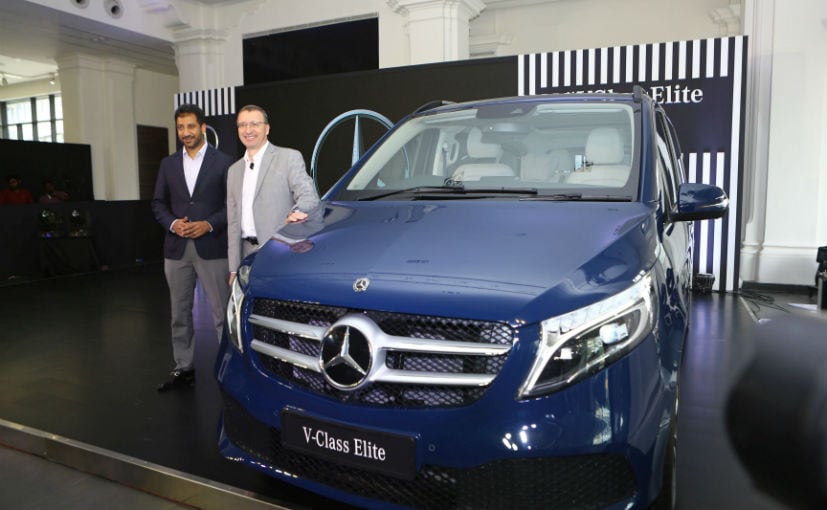 The auto industry has been reeling through a difficult phase with sales hitting a two-decade low over the past year. Carmakers, both mass market and premium have felt the pinch and while automakers did see a largely positive festive period in October this year, the overall slowdown does leave a lot to be desired. The feeling was echoed by Martin Schwenk, Mercedes-Benz India - MD and CEO, who said that the company expects lower year-on-year sales at the end of the 2019 calendar year, compared to 2018. Schwenk was speaking to carandbike on the sidelines of the recently launched Mercedes-Benz V-Class Elite, and said that despite a strong show during the festive season, the poor showing in the previous quarters will take a toll in the overall sales figures.

Martin Schwenk said, "The annual numbers is anyone's guess... Obviously, after having the first six months or rather falling under the pressure of the market. I don't think it is easy to achieve what we did last year. But I would be happy if we came at least the fourth quarter on a level like last year that will, in effect, be a reduction compared to last year for sure."

Adding about a positive turnaround during October this year, Schwenk said, "In June-July, we came up with a lot of initiatives, we brought the Wishbox initiative that already created in August. But in September, it also created interest in customers. And then we saw the whole momentum could come back. And now having sold October numbers, we are on a level that we had been a year before. So, it gives us some confidence that for the fourth quarter of this year, we should be able to run at a pace as we had the fourth quarter last year. The trend is in a positive way and that's also the moment to bring new product and to really to boost the entire development."

Despite the lull, Mercedes-Benz India has been on a product offensive strategy. The brand's recently launched G 350d has been sold out within three weeks of its introduction in the market, while the V-Class, a luxury MPV, managed to garner triple-digit sales since its launch in January this year. Both the G-Class and the V-Class aren't traditional high volume products for the company but opened to a strong response surpassing the automaker's expectations.

The bulk of sales for Mercedes-Benz though continues to come from the E-Class, C-Class, CLA and the GLE SUV. The automaker sold a record 800+ units in October this year during the festive period, over 200 of which were delivered to customers alone on the occasion of Dhanteras. The carmaker has also opened bookings for the next-generation Mercedes-Benz GLE that will be launched early next year, ahea of the 2020 Auto Expo in February.

Meanwhile, the German auto giant is also expanding its presence in India and is now looking to establish base according to the requirements region by region. The automaker currently has 95 outlets across 47 cities, and will be adding a few more before the end of 2019. Mercedes will cross the triple digit mark for dealerships next year with expansion plans focussed on Tier II and III markets.