Skoda has revealed the preparations that went into the camouflaged Kodiaq vRS' successful record attempt on the Nurburgring's legendary Nordschleife. 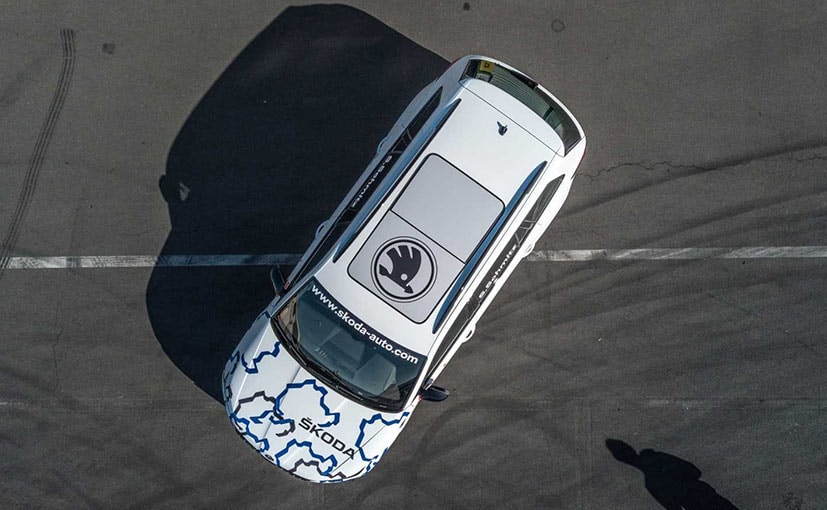 The Czech-based carmaker, Skoda is all set to launch the performance based version of its full sized SUV, the Kodiaq vRS . However, before the grand unveil, the company put the new Kodiaq vRS to its paces at the Nurburgring as racing driver Sabine Schmitz demonstrated the seven-seater SUV's performance. In the teaser video, Skoda has revealed the preparations that went into the camouflaged Kodiaq vRS' successful record attempt on the Nurburgring's legendary Nordschleife.

In terms of mechanics, the Skoda Kodiaq vRS will most likely come with the 2.0-litre, four-cylinder TDI engine and has the ability to churn out 237 bhp of max power and 500 Nm of peak torque. The Skoda Kodiaq RS will come with all-wheel drive (AWD) as standard and other technical features are likely to be revealed closer to the official unveiling. Moreover, it is expected to get a sportier suspension setup as well.

Nordschleife expert Sabine Schmitz is familiar with every one of the 73 corners and 300m of hills across the 20.832-km-long circuit in the Eifel region. Schmitz is the first and the only woman to have won the famous 24-hour race there and was an obvious choice to pilot the family-friendly seven-seat performance SUV from Skoda to the finish line in record-breaking time.

The full video will be released on 14 June, and the Skoda Kodiaq RS will make its official debut in October at the 2018 Paris Motor Show.