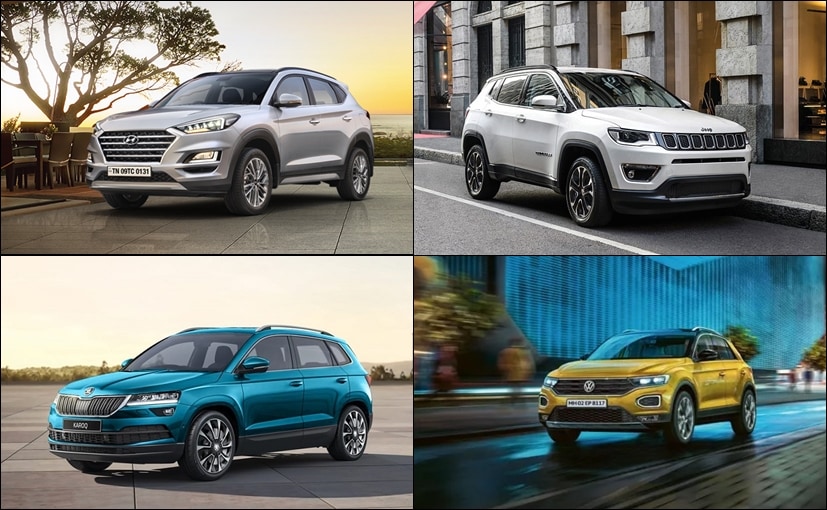 The Hyundai Tucson is one of the oldest brands in the Korean carmaker's portfolio. Over the decade the Tucson underwent major revamp in all aspects and that has helped it in coping up with the competition. The new Hyundai Tucson facelift too takes things a notch up especially in the creature comfort department with the addition of new features like an 8-inch floating touchscreen infotainment system with Apple CarPlay, Android Auto, Hyundai's new BlueLink connectivity tech with voice recognition and all-LED headlights among others. The cabin has been extensively revised as well while it has also received some cosmetic updates on the outside along with new BS6 complaint engines. However, all the updates have come with a slight revision in its prices. Here's how the new 2020 Hyundai Tucson fares up against the competition in terms of pricing. 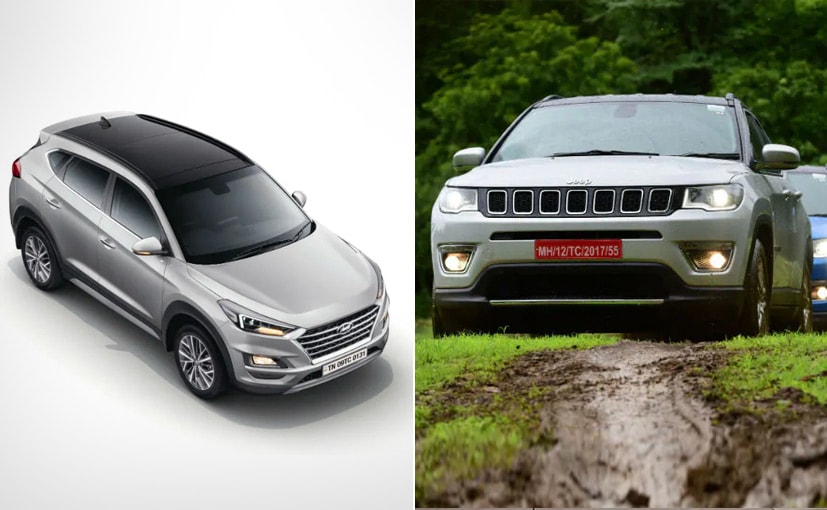 The Jeep Compass undercuts the Hyundai Tucson in both petrol and diesel pricing.

The Jeep compass is the arch rival to the Hyundai Tucson. It's the first name that comes to your mind especially given its price range. That said, the specifications of both models do differ to an extent. The Jeep Compass is available with a smaller 1.4-litre turbo petrol engine churning out 160 bhp and 290 Nm of peak torque, which is actually more powerful compared to Tucson's bigger 2.0-litre petrol mill that belts out 150 bhp and 192 Nm of peak torque. While the Jeep Compass petrol is offered with a seven-speed dual clutch transmission as standard, the Tucson is available with a six-speed torque convertor automatic transmission. Also the Jeep Compass petrol is offered in four variants while the Hyundai Tucson Petrol is offered only in two variants. The base Jeep Compass Sport Plus Petrol undercuts the base GL (O) Hyundai Tucson by a good ₹ 5.81 lakh while the prices difference is narrowed to ₹ 1.60 lakh for the top top-end trims, the Jeep Compass being the more affordable offering. 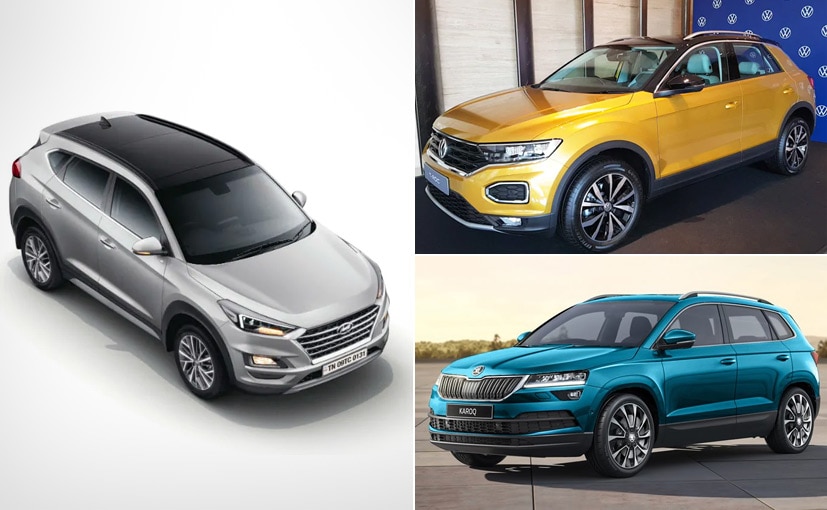 The Hyundai Tucson has been positioned between the Skoda Karoq and Volkswagen T-Roc.

We won't say that putting up the Hyundai Tucson against the Skoda Karoq and Volkswagen T-Roc is an apple-to-apple comparison. The Tucson is substantially bigger in dimensions, is considerably more spacious on the inside and gets a bigger engine. We also know that both the Skoda Karoq and Volkswagen T-Roc are essentially identical twins under the skin being underpinned by the same platform and using same powertrain with similar outputs. The 1.5-litre, four-cylinder turbo petrol (TSI) engine in the Karoq and T-Roc belts out 148 bhp and 250 Nm of peak torque being more powerful than the 2.0-litre, four-cylinder petrol unit in the Tucson that puts out 150 bhp and 192 Nm of peak torque. While the petrol unit in the Tucson is mated to a six-speed automatic transmission as standard, the German models get the seven-speed dual-clutch transmission as standard.

Both the Karoq and T-Roc are sold in India as a completely built unit (CBU) and in a single petrol automatic variant, but with a price difference of ₹ 5 lakh with the T-Roc being the more affordable one. The Hyundai Tucson Petrol is positioned between both models, undercutting the Karoq by ₹ 1.47 lakh with the top-end variant while the base variant being ₹ 2.31 lakh more expensive than the T-Roc.