BMW Motorrad has taken the wraps off the new-generation BMW S 1000 R naked sportbike. The 2021 BMW S 1000 R is a new model with new features and updated engine. It comes after a year and a half after the new S 1000 RR was launched. The new BMW S 1000 R is here! Nearly a year and a half after its faired sibling, the new BMW S 1000 RR was launched. BMW Motorrad says that the new-generation S 1000 R is a naked roadster coupled with supersport riding dynamics. It is of course, derived from the new BMW S 1000 RR. The engine, frame and the swingarm on the S 1000 R has been taken from the RR. The design too has been updated significantly, with new body panels and a new LED headlight up front, with a DRL running across the unit. The new headlight can be seen on many BMW roadsters now, including the G 310 R and the F 900 R. 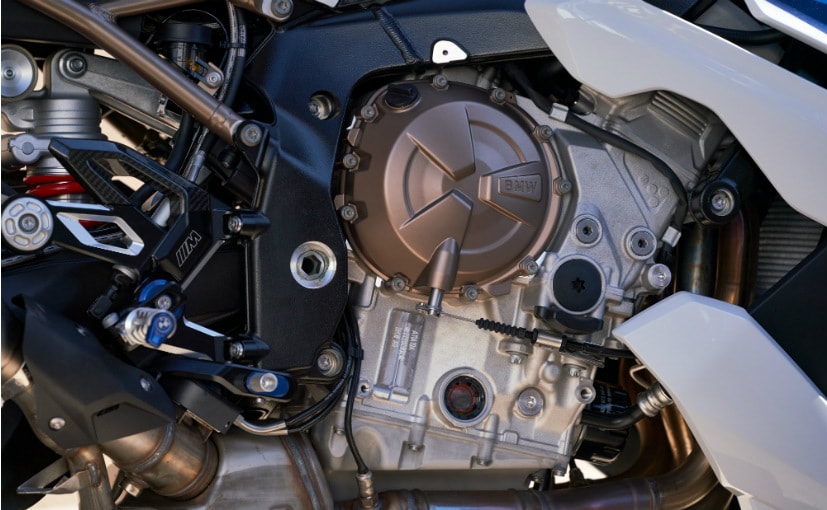 The new-gen BMW S 1000 R gets the same 999 cc in-line 4-cylinder engine which is now Euro 5 compliant and it makes 162 bhp at 11,000 rpm along with peak torque of 114 Nm at 9,250 rpm. There is a 6-speed gearbox and BMW says that the 4th, 5th and 6th gears have longer ratios while gears 1 through 3 stay identical as before. BMW also revealed that at least 80 Nm of torque is available from 3,000 rpm and between 5,500 and 12,000 rpm more than 90 per cent of the torque is available. The engine speed reduces by 8 per cent and the fuel efficiency has gone up by 8 per cent as well. The torque curve has been kept linear for better performance and ease of riding. The engine itself is now 5 kg lighter. The top speed of the motorcycle is over 250 kmph and the 0-100 kmph sprint is done in 3.2 seconds. 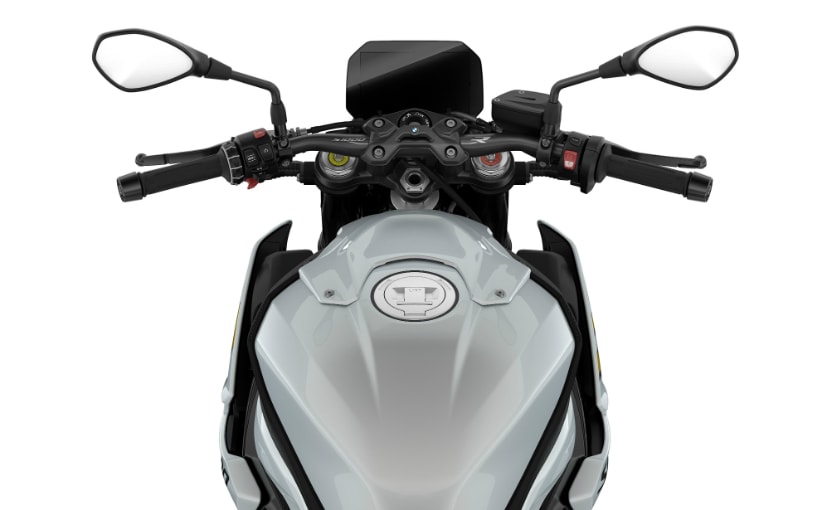 The new S 1000 R gets a new 6.5-inch TFT screen with smartphone connectivity and turn by turn navigation

In terms of electronics, the naked roadster gets a six-axis inertial measurement unit with dynamic traction control and ABS Pro as standard fitments. There are three riding modes as standard which are rain, road and dynamic. Additionally, one can also opt for the Riding modes 'Pro' package which has a configurable 'dynamic pro' mode along with 'engine drag torque control', 'power wheelie' and 'dynamic brake control' functions along with ABS Pro. One can also get a bi-directional quick-shifter as an optional fitment. The 6.5-inch TFT instrument console is new too and offers different themes, turn-by-turn navigation and smartphone connectivity.

Also Read: BMW Wing-Suit Can Reach Speeds Of Up To 300 kmph 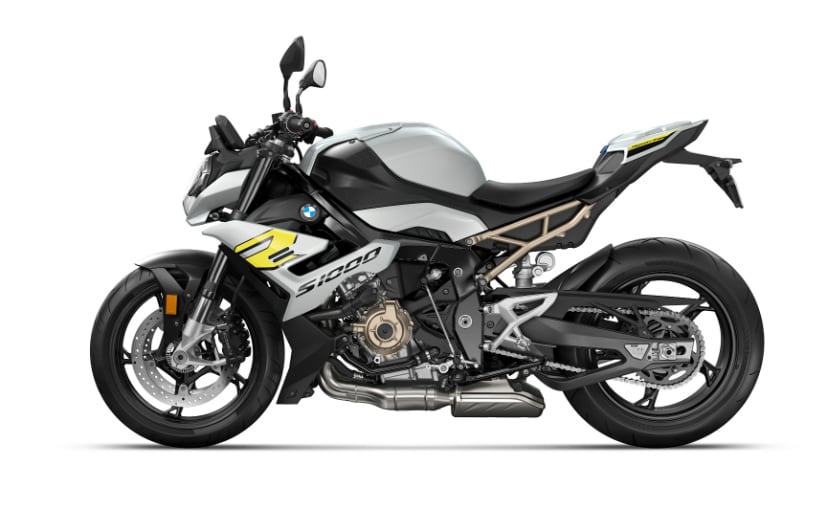 In terms of cycle parts and frame, the new S 1000 R gets a flex-frame chassis which is lighter than before and has the engine as a load-bearing element. The bike weighs 199 kg (kerb weight), which is a reduction of 6.5 kg over the previous generation model. With the optional dynamics and comfort package, the S 1000 R weighs 202 kg. Up front, the motorcycle gets 45 mm upside down forks and at the rear, there is a double-sided underslung Aluminium swingarm with a central monoshock. The bike gets twin 320 mm disc brakes up front with radial 4-piston fixed callipers and a single 220 mm disc at the rear with a single piston floating calliper. 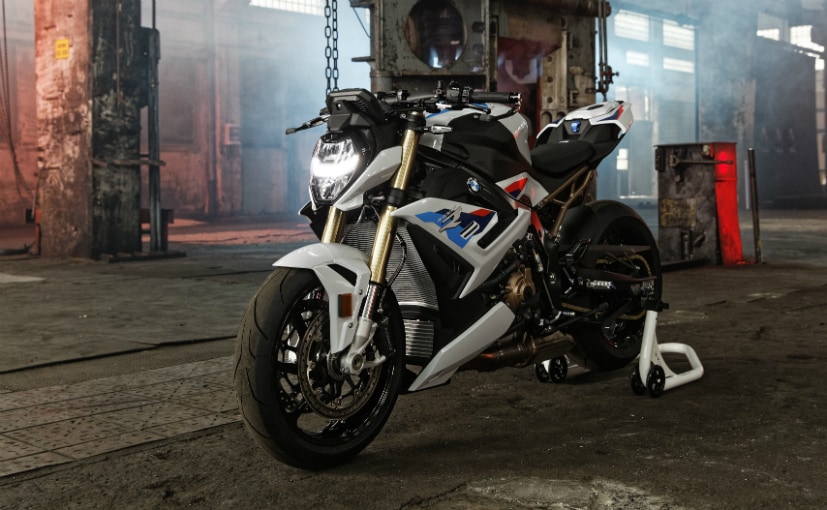 All-New Hyundai SUV Named Bayon; Launch By First Half Of 2021
47 minutes ago

F1: Wolff Warns F1 To Not Make The Same Mistakes As The Hybrid Engine
18 hours ago

Ex-showroom Price
₹ 15.55 Lakh
EMI Starts
₹ 51,278 11.5% / 3 yrs
Get On-Road Price Check Reviews
Subscribe to Our Newsletter
Over 1.5+ Lakhs subscribers
Thank you for Subscribing to Us