The new spy photos give us a closer look at some of the key changes made to the new-gen Royal Enfield Classic 350, which includes new seats, side panels, headlamps and taillamps, among others. The upcoming 2021 Royal Enfield Classic 350 motorcycle was spotted testing again, and this time around, we get to see the final production-spec model with all the logos and badging intact. The new-gen Classic 350 has been in the works for a while now and a couple of months ago, we even saw the motorcycle undergoing testing alongside the recently launched Royal Enfield Meteor 350. The new spy photos give us a closer look at some of the key changes made to the new-gen Royal Enfield Classic 350, which is slated to be launched sometime in early 2021.

Now, while the new Royal Enfield Classic 350 retains the design and proportions of the existing bike we do see some noticeable changes. For instance, the bike now comes with new side panels, and an updated headlamp, which is likely to feature an integrated LED daytime running light unit, similar to the one seen on Meteor 350. The 2021 Classic 350 also comes with new split seats, and a new round taillamp, which also appears to be a LED unit. The rest of the elements look similar to the existing model, and it will also continue to come with halogen headlamps. 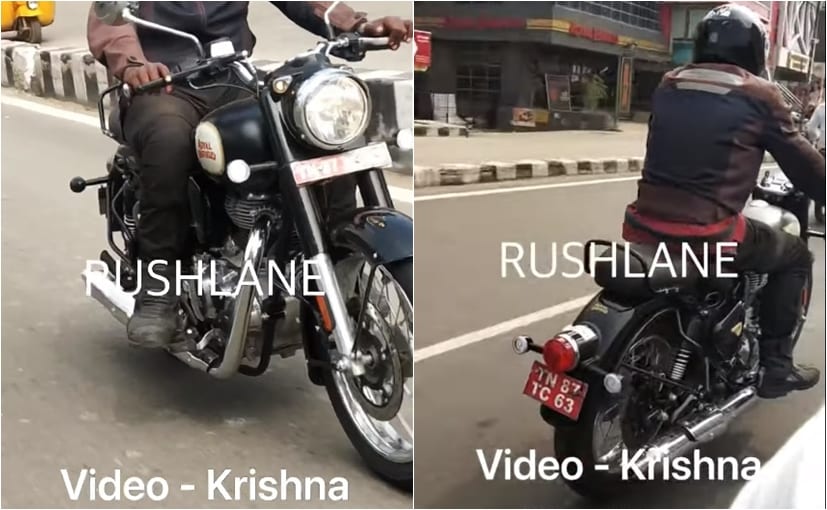 The 2021 Classic 350 gets updated headlamp, which is likely to feature an integrated LED DRLs, and a new taillamp

The model in the photos is seen in the company's signature 'Classic Black' colour and it comes with spoke wheels. Currently, Royal Enfield offers the Classic 350 with alloy wheels only with few specific colour options like Stealth Black, Gunmetal Grey, Orange Ember and Metallo Silver, and we expect that to continue with the new-gen model as well. Also, we get to see disc brakes at both ends, which means this test mule is the dual-channel ABS variant.

Furthermore, the bike is built on the company's new modular J platform, which also underpins the Classic 350, we could expect improved handling and ride quality. While we do not get to see it here, the new Classic 350 is also expected to get Royal Enfield's new Tripper navigation system with Bluetooth connectivity and turn-by-turn navigation. 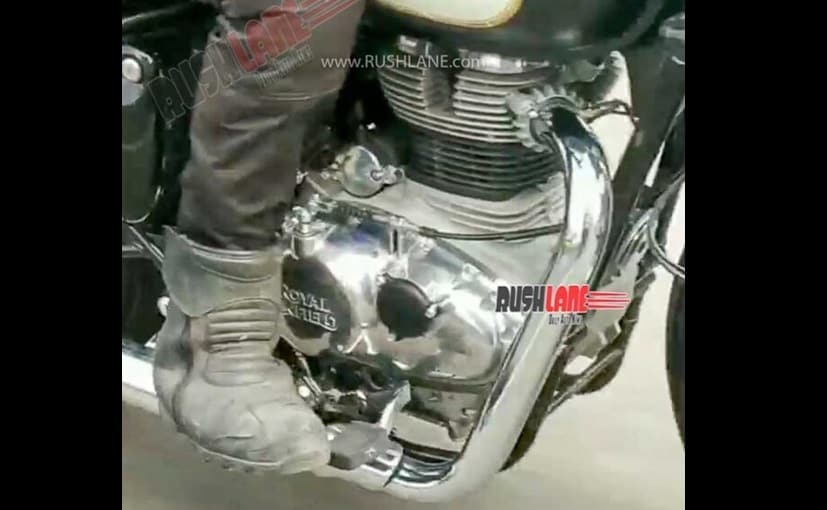 The new 2021 Royal Enfield Classic 350 will be powered by the company's new 349 cc single-cylinder SOHC air- and oil-cooled engine that made its debut in the Meteor 350. The engine is now tuned to make about 20.2 bhp at 6,100 rpm and 27 Nm of peak torque at 4,000 rpm, and we expect it to remain unchanged in the new Classic 350. The engine gets fuel injection, and also a new counter balancer that reduces vibrations.