The world's second-largest truckmaker behind Daimler said orders for its trucks, including brands such as Mack and Renault, fell 45% from the same quarter last year. 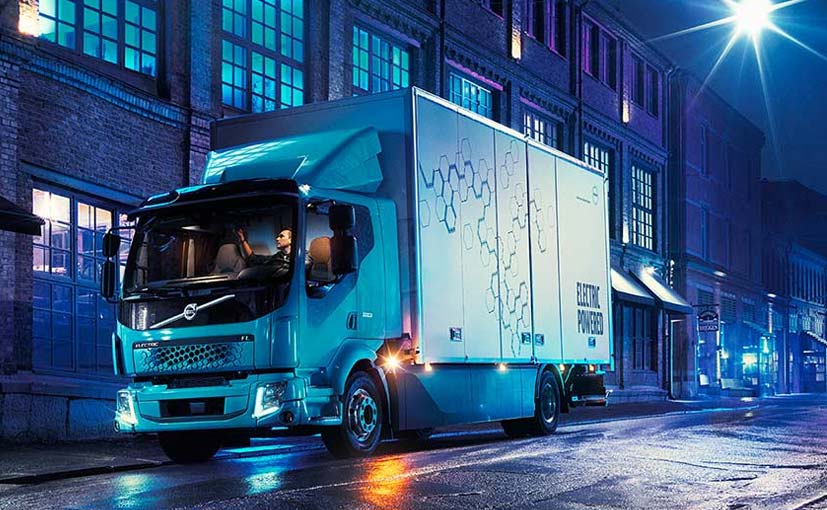 Swedish truckmaker AB Volvo reported a sharp decline in third-quarter orders and forecast a demand slump on both sides of the North Atlantic next year, taking the shine off forecast-beating earnings. After years of strong demand, signs of a slowdown in commercial vehicles markets that have always been prone to violent cyclical swings have become increasingly apparent in recent months amid concern over international trade and the global economy.

The world's second-largest truckmaker behind Daimler said orders for its trucks, including brands such as Mack and Renault, fell 45% from the same quarter last year. Several analysts had forecast a drop of slightly more than 30%. Chief Executive Martin Lundstedt told a news conference that AB Volvo is well prepared for what he described as an expected correction in its main markets.

Lundstedt said the Gothenburg-based company had reduced production volumes over the past quarter and would make further adjustments over coming quarters in light of declining orders. Handelsbanken analyst Hampus Engellau said that while earnings and sales were good, the focus is on order intake.

Shares in AB Volvo fell 1.8%, having dropped 7% over the six months before Friday's results as investors increasingly priced in a market downturn. Rival Traton, Volkswagen's recently listed truck manufacturer, was down 1.9% in Frankfurt. "Truck order intake was on the weak side, 17% below our estimate and 20% below consensus," brokerage Pareto said in a note, forecasting downgrades to consensus estimates.

Volvo, which also makes construction equipment, buses and engines, said it expects the market for heavy trucks to shrink by about 14% in Europe and 29% in North America next year as customers hold back on investment in the face of economic uncertainty. Ahead of the results, analysts at Citi predicted that Volvo would forecast a truck market decline of a little more than 11% for Europe and about 25% for North America, the two markets that still generate most of the group's profit.

The slowing markets will prove a test for former Scania boss Lundstedt and his moves to make Volvo a nimbler organisation better able to sustain profitability over the course of a business cycle. "For 2020, we expect markets to come down to more normal replacement levels in both Europe and North America, which we have prepared ourselves for," Lundstedt said.

While contending with wobbly markets, truckmakers also face challenges posed by a shift towards electric and self-driving vehicles, including the required spending on research and development. Volvo, which has teamed up with Samsung to develop battery packs and with Nvidia Corp on artificial intelligence for self-driving trucks, announced separately that it is creating a new business area to house its work on autonomous vehicles.

"We have experienced a significant increase in inquiries from customers," Lundstedt said. "It is a logical next step."

Volvo S60 Cross Country
₹ 44.27 Lakh *
View More
Subscribe to Our Newsletter
Over 1.5+ Lakhs subscribers
Thank you for Subscribing to Us