Privateer Ashish Raorane missed the top ten by just a single point, finishing seventh in the Hungarian Baja and finished 12th overall, becoming the first Indian to complete the championship. 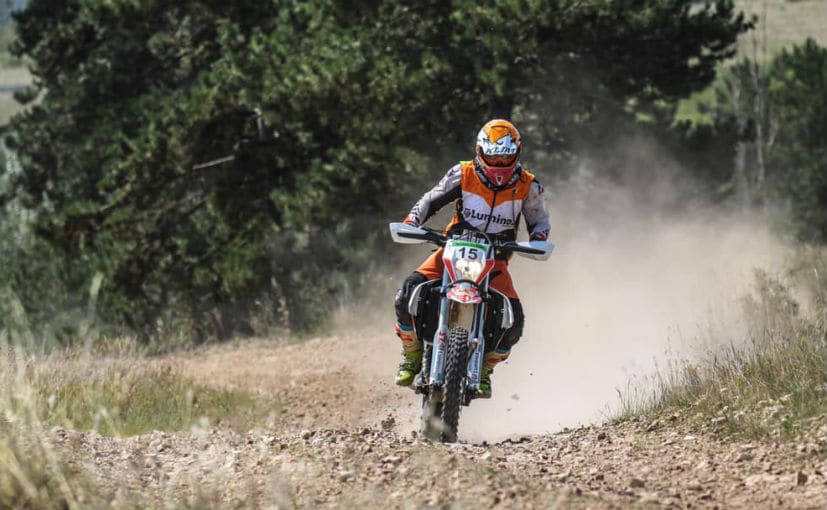 The FIM Baja World Cup certainly had proud moments for India with privateer Ashish Raorane becoming the first Indian rider to complete the championship. The last and final round of the Baja World Cup took place in Hungary, which saw Ashish finish seventh at the end of the 550 km premier-class rally, while taking 12th place overall. What's even more interesting though is the fact that he missed the top 10 by just one point. That certainly is a big achievement for the privateer who was astride the KTM 450 motorcycle. Apart from Ashish, Bangalore-based rider Aishwarya Pissay also participated in the rally and was crowned the world champion in the women's category. Pissay finished 23rd overall.

The Hungarian Baja turned out to be most challenging for riders with bedrock, several triple cautions and high speeds. Ashish managed to secure his best-ever finish across the four rounds here, despite a last-minute schedule and an unfamiliar bike. Unlike the specially-prepped bike that he used for the previous Bajas, Ashish was using a nearly stock KTM 450 that was unfamiliar to the rider. "Despite my reservations, I found the bike to be top-notch, and it worked out well for me," he said.

The privateer completed the rally with a fantastic time even with the limitations, in 7hr 46m and 19s, without any penalties.  In the previous rounds, the marine engineer secured 22nd place in the opening round in Dubai, 8th place in Portugal, and 21st in Spain.

Having successfully completed the the Baja World Cup, the Pune-based rider is now looking forward to the PanAfrica Rally, which is considered as a stepping stone to Dakar. He also plans to participate in Africa Eco rally next year, which runs on the same route the original Dakar Rally did when it was held in the African continent.