This is the sixth update to roll-out on the Ather 450 electric scooter since its launch last year and brings updates to the navigation and frequent data sync between the vehicle and the mobile app. 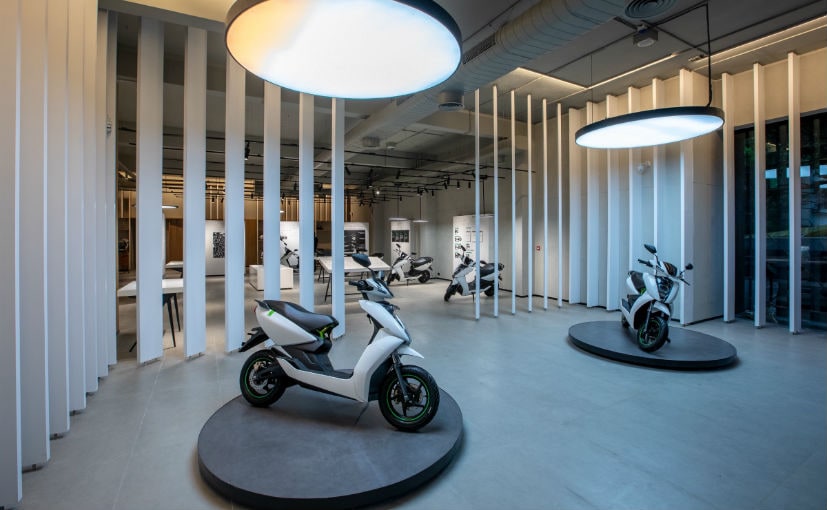 The Ather 450 electric scooter has received its sixth over-the-air update since its launch last year. Customers of the e-scooter in Bengaluru and Chennai have received the newest update - 4.1.0 that brings a number of enhancements to the model. This includes onboard navigation and a smoother touchscreen experience on the model. According to the company's website, the dashboard now allows you to drop a pin to locate a destination that is not listed on the maps. The system also now allows automatic rerouting when the rider goes off-route, instead of manually selecting to accept or reject the new route.

Ather Energy develops its own maps instead of utilising Google Maps as a base. The updates also allow frequent data sync between the vehicle and the phone app to stay up-to-date. Furthermore, the Ride Statistics feature will get priority sync on the electric scooter with it being a widely used feature, according to the company. The changes will automatically roll out on the Ather 450 customer vehicles with the built-in GSM unit, making it as simple as upgrading a mobile phone.

Since its introduction, the Ather 450 has seen significant changes including the addition of the Eco mode, optimised motor cooling and firmware update (Update 4.0.3). A previous update brought guide-me-home light, two trip meters, and pre-emptive safety alerts (Update 2.0.1). The dashboard was also updated with the option to save a destination as favourite, check the remaining battery percentage and access to the recommended tyre pressure.

The Ather 450 is powered by a BLDC motor that produces a 20.5 Nm of peak torque and peak power output of 5.4 kW (7.2 bhp). The scooter can sprint from 0-40 kmph in 3.9 seconds.  The scooter promises a top speed of 80 kmph and a range of 55-75 km on a single charge from the 2.4 kWh lithium-ion battery. More recently, the start-up announced an MoU with the Andhra Pradesh government to set-up a 400,000 sq.ft. manufacturing facility in Hosur that will only cater to vehicle production but battery manufacturing as well. The new plant will have a production capacity of up to five lakh units per annum and will employ over 4000 personnel.