Hyundai has launched the i20 facelift at the 2018 Auto Expo and prices start at Rs. 5.34 lakh. There are several changes that we see on the car, chief among which are the changes to the exterior and also to the cabin. The i20, is now more feature rich and at par with competition. 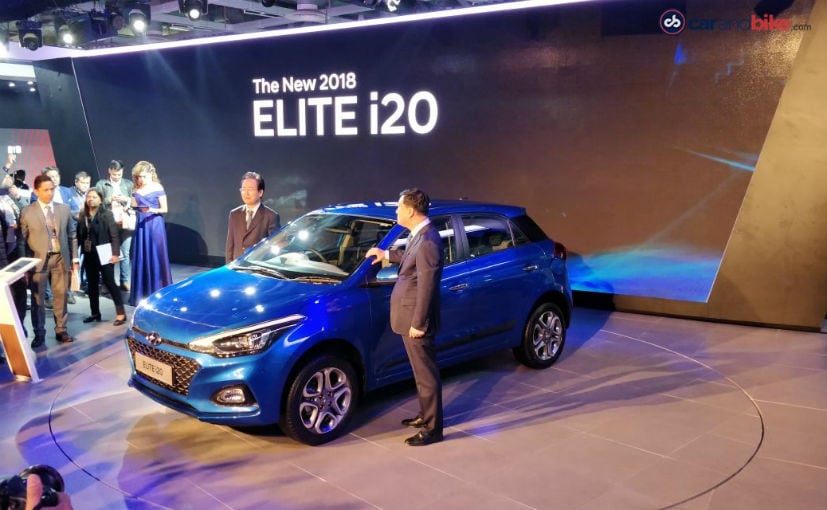 We'd told you long back that Hyundai is planning to launch the facelift of the i20 and it has done so today at the Auto Expo 2018. Prices for the car start from ₹ 5.34 lakh for the base petrol trim and goes up till ₹  7.90 lakh for the top end variant. While the diesel version starts at ₹  6.73 lakh for the base variant and goes up to ₹  9.15 lakh for the top end. These price are, however, only introductory. The company has already updated the rest of its products and it was the i20, i20 Active and the Creta that were remaining. The i20 has finally got the facelift and though a neat job, it's not as extensive as we thought they would be. However, the change in the face is quite evident.

Watch the first look of the Updated Hyundai i20

The i20 facelift comes with the new black cascading grille, revised headlamps with new LED daytime running lamps, and a new bumper housing the new arrowhead foglamps, and an integrated spoiler. The rear, on the other hand, looks a lot fresher with the new taillamp cluster, new sculpted hatch door, and an all-new rear bumper with large matte black insert and reflectors.

There's a new Flame Orange colour too that will be offered on the car and it'll also come with a dual-tone treatment. The i20 facelift also gets stylish diamond cut alloy wheels, give it an aggressive stance. The cabin is not all new but there are quite a few changes that you see being made. The infotainment cluster is all new and features a larger touchscreen panel. It now comes loaded with inbuilt navigation, Apple Carplay and Android Auto like earlier but with a nicer and more responsive screen.