Eicher Motors Closes Down JV With Polaris; Multix To Be Discontinued

In the coming days, Eicher Polaris Private Limited will engage with all its stakeholders including customers, suppliers, employees and channel partners to implement the closure. 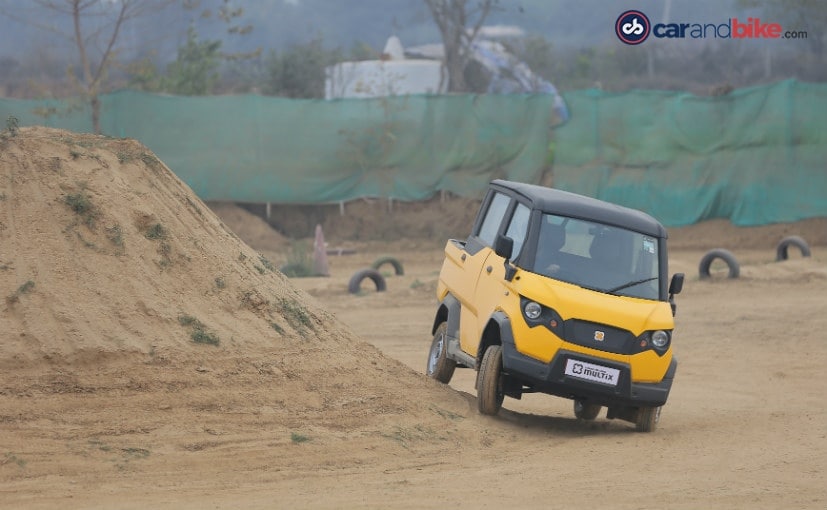 Eicher Motors Limited announced that the board of directors of Eicher Polaris Private Limited, the company's equal joint venture with US-based Polaris Industries Inc. passed a resolution to close the operations of EPPL with immediate effect. Eicher Polaris Private Limited was incorporated in October 2012 and it was in June 2015 that the company launched the Multix, which was India's first personal utility vehicle. We've driven it and told you all about it. There was a lot of interest initially, however, the subsequent sales performance was significantly slower than the company's expectations. Despite several initiatives, the company's performance could not be revived. Hence, the board of EPPL has concluded that in the present circumstances, it is in the best interest of all stakeholders to close the operations of the company.

In the coming days, the company will engage with all its stakeholders including customers, suppliers, employees and channel partners to implement the closure. This also means the end of the road for the Multix vehicle. The Multix was a 3-in-1 vehicle, which can comfortably seat 5 people, carry up to 20 sacks of flour, couldn't be bothered less by bad roads and can double up as a generator as well. The company will continue to provide spares and service support for the fleet of Multix vehicles on the road.

As of December 31, 2017, EML had invested ₹ 289.50 crores in EPPL. The sums invested so far, together with additional investments, as required to close down the operations, shall be written- down in accordance with the applicable regulations. During the year ended March 31, 2017, EPPL's net loss amounted to ₹ 91.83 crore; 50 per cent of which was consolidated with the Profit After Tax of EML.