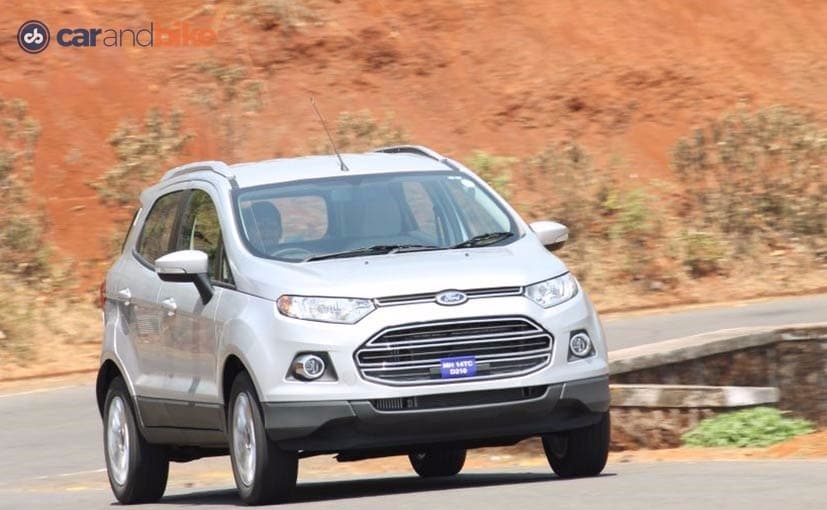 Ford EcoSport may well be the benchmark product in the sub-compact SUV segment, but it was bound to be hurt by the aggressive price position taken by the just-launched Maruti Suzuki Vitara Brezza. The Vitara Brezza is diesel-only and drove in with much lower prices - a lakh on average - than the corresponding diesel variants of the EcoSport. Ford has realigned prices of the EcoSport, with the biggest cut coming on the diesel variants. All 5 trims offered with the 1.5 litre TDCi have a price reduction of ₹ 112,300. On the petrol side the two engines (1.5 Ti-VCT and 1.0 Ecoboost) have price revisions ranging from Rs 53,700 to Rs 87,400. All price revisions stated here are based on the new and old ex-showroom Delhi prices.

Maruti Suzuki launched the Vitara Brezza with a 1.3 litre diesel engine earlier this week. In typical Maruti style, the prices it announced for the car were deemed 'introductory' but certainly created quite a buzz, with the car market leader saying it has already received 5600 bookings within the first 48 hours of launch. Prices for the Vitara Brezza range from Rs 6.99 lakh for the LDi to Rs 9.68 lakh. Unlike the EcoSport the Vitara Brezza does not offer either a petrol or an automatic variant, though Maruti Suzuki says it will be working on drivetrain options for the car.

Ford India says the realignment does not alter the variant mix in terms of the EcoSport's equipment and feature list - across all variants. Anurag Mehrotra, Executive Director Marketing, Sales and Service, Ford India says, "Ford EcoSport has always been recognised for its strong value proposition and this realignment further strengthens that proposition." The EcoSport continues to be offered in 5 trims, with the following engine and transmission options: the 1.5-litre TDCi diesel, the 1.0-litre EcoBoost petrol, and the 1.5-litre Ti-VCT petrol. For transmission options, a 5-speed manual is the standard provision with the option of a 6-speed PowerShift automatic transmission albeit only on the 1.5-litre Ti-VCT petrol.

The price revision from Ford will certainly create a lot of heat in the subcompact SUV space - where the Mahindra TUV300 had also created a ripple with its aggressive entry price tag of Rs 7.26 lakh when it was launched in September last year.