Consumer morale fell heading into November as fears about a second coronavirus wave made Germans less willing to spend. However, the the auto industry doing really well at the moment. 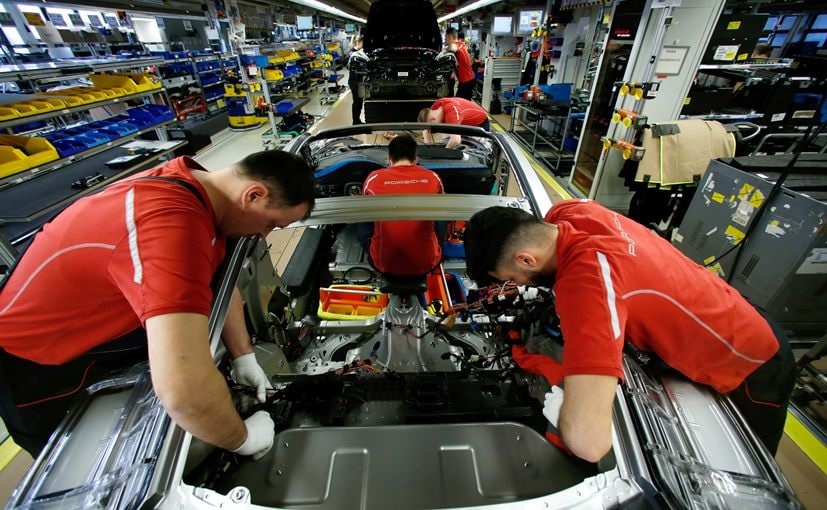 German business morale fell for the first time in six months in October, weighed down by companies' concerns about rising coronavirus infection rates that are making them more cautious about the coming months, a survey showed on Monday.

The Ifo institute said its business climate index fell to 92.7 from a downwardly revised 93.2 in September. A Reuters poll had foreseen a decline to 93.0.

The cooling of the sentiment in Europe's largest economy coincides with a survey showing British consumer confidence also falling for the first time in six months.

An easing of lockdown measures, coupled with an unprecedented array of rescue and stimulus packages, led to a robust recovery in the third quarter from a 9.7% second-quarter slump, but a spike in new coronavirus cases has caused concern activity could slow again.

The number of confirmed cases in Germany rose by 8,685 to 437,866, data from the Robert Koch Institute (RKI) for infectious diseases showed on Monday.

The Ifo survey did not point to another economic slump, said ING economist Carsten Brzeski. "But as all of Europe is in the second wave of the virus, today's Ifo index definitely marks the end of the rebound and the start of double-dip fears," he added.

Ifo economist Klaus Wohlrabe forecast fourth-quarter growth of 2.1%, but said that could prove too optimistic if rising infection rates triggered a second lockdown. Rising infections in France, Italy and Spain were also hitting exports, he added.

"The real hit would come if schools and kindergartens had to close," he said. "That would have a massive impact on the economy and industry."

Chancellor Angela Merkel wants to avoid that scenario and on Saturday reinforced her appeal to Germans to curb social contacts and keep travel to a minimum.

Wohlrabe said the auto industry was one bright spot. "The carmakers are doing really well at the moment."

Recent German data has been mixed.