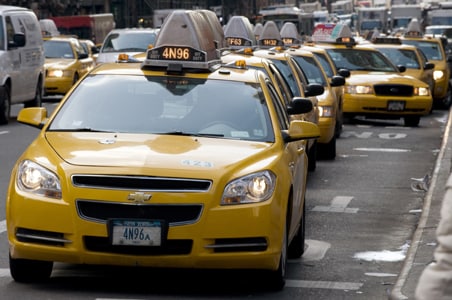 The alleged rape of a woman passenger by an Uber taxi driver once again spotlights the risks of India's transport system, which fails to keep women safe. One solution: Taxis driven by women for women.

Last year, Kerala launched 'She Taxis', a fleet of 40 pink taxis run by women, and fitted with wireless tracking gear and panic buttons linked to call centres. Now the service has become a model for Prime Minister Narendra Modi's government to replicate nationwide, its chief executive says. "The Delhi incident shows the need for 'She Taxis' all over the country," P.T.M. Sunish told Reuters.

"I feel secure and the family is satisfied," said Aswathy Sreekumar, 25, a technology worker who has used the service for seven months, after finishing work at midnight. "Otherwise, I keep getting calls from my parents."

Rising sex crimes have prompted Indian states and small firms to launch taxi services run by women. The trend grew after Dec. 2012 protests over the rape of a young woman on a moving bus in the capital, New Delhi, and her subsequent death.

Tougher laws and promises of better policing have proved ineffectual. India's public transport is the fourth most dangerous in the world for women, and nighttime safety ranks second worst, a recent poll showed.

Women commuters face sexual harassment and public transport is seen as risky. "The Uber incident reinforces that you are safer when a taxi is driven by a woman. People would be keener now," said social activist Susieben Shah, who started Priyadarshini Taxi Service in 2010 in Mumbai. Now it aims to expand to New Delhi and the tech hub of Bengaluru.

Another company, Sakha Cabs, with 14 taxis in the capital, plans to expand in Jaipur and in eastern Kolkata.

After the Uber incident India is stepping up support for such training, an official of the Ministry of Women & Child Development told Reuters. But critics say better security is the answer. "Government always resorts to knee-jerk reactions," said Ranjana Kumari, director of the Centre for Social Research. "Failure in law and order implementation cannot be compensated by such measures."