The project is about converting 500 km of the expressway into electric corridors with facilities for charging electric vehicles. Test runs on these corridors are expected to begin this September and these e-corridors will be launched in March 2020 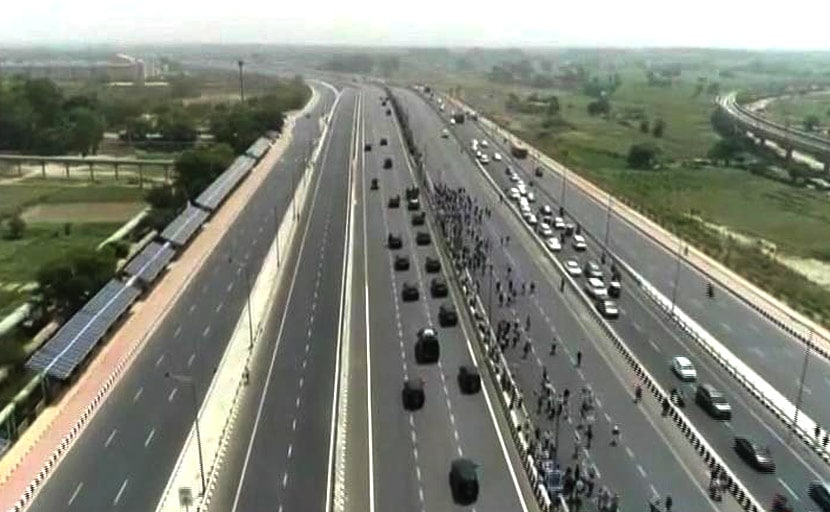 India's first highway corridors with charging stations for electric vehicles are expected to come up along the Delhi-Jaipur and Delhi-Agra highways by 2020, an official said. The combined stretch of the corridors on the Yamuna Expressway (between Delhi and Agra) and the National Highway 48 (between Delhi and Jaipur) will be 500 km, and 18 charging stations will be setup near toll plazas on the two routes, the official said. The e-corridors are proposed to be the first under the Ease of Doing Business Programme (EODB) of the Advance Services for Social and Administrative Reforms (ASSAR), a private entity which is supported by the central government, an official engaged in the project said.

"The project is about converting 500-km of the expressway into electric corridors with facilities for charging electric vehicles. Test runs on these corridors are expected to begin this September and these e-corridors will be launched in March 2020," National Programme Director EODB at ASSAR, Abhijeet Sinha, said.

Eighteen charging stations will be setup on the two routes.Eight will be between Delhi-Agra and 10 between Delhi-Jaipur.Besides charging their vehicles, people can also change batteries, he told .

"These stations will be developed near toll plazas. Every station will have eight to 10 chargers and 20 charging points," Sinha said.

On a full charge, an SUV-like vehicle can travel 180 km, he said, adding that a DC charger takes around 1.25 hours to fully charge such a vehicle.

"Six more charging stations have been proposed between Pari Chowk in Greater Noida and Delhi, a region which has dense population. We have made a recommendation in this regard to the Noida Authority for facilitating land," said Sinha, who is also the Programme Director for NHEV (National Highways for Electric Vehicles) 2020.

On the cost of the entire project, he said developing a single charging station would cost somewhere around Rs two crore and the electricity charges would be extra.

"The normal power tariff comes to Rs 6 to Rs 8 per unit across states. We are trying to get uniform rates across the states for the project as it progresses," Sinha added.

Vehicle growth in India has been rapid in recent years, with ownership per 1,000 population increasing from 53 in 2001 to 167 in 2015, according to 2018 NITI Aayog report 'Zero Emission Vehicles: Towards a Policy Framework'.

While stressing on the need for switching to cleaner technology in the transport sector, the report assumed that Rs 1.2 lakh crore could be saved in imported crude oil if two-wheelers alone adopt electric mode of operation.

Sinha said the immediate focus is towards developing infrastructure for electric vehicles in the country.

"In the initial stages, the plan is to attract a larger fleet operators like state transports and taxi services," he added.

Earlier this year, the central government had issued a set of guidelines to set up charging stations for electric vehicles across the country, outlining ways to build such fuelling points every 25 km.

The government expects 25 per cent of the total vehicles on roads will be electric vehicles by 2030, necessitating to erect robust electric vehicle (EV) charging infrastructure across the country, according to the Union Housing and Urban Affairs Ministry.