Ace badminton player Saina Nehwal recently took to Instagram to show some love for her BMW X6 and the internet loved it back. 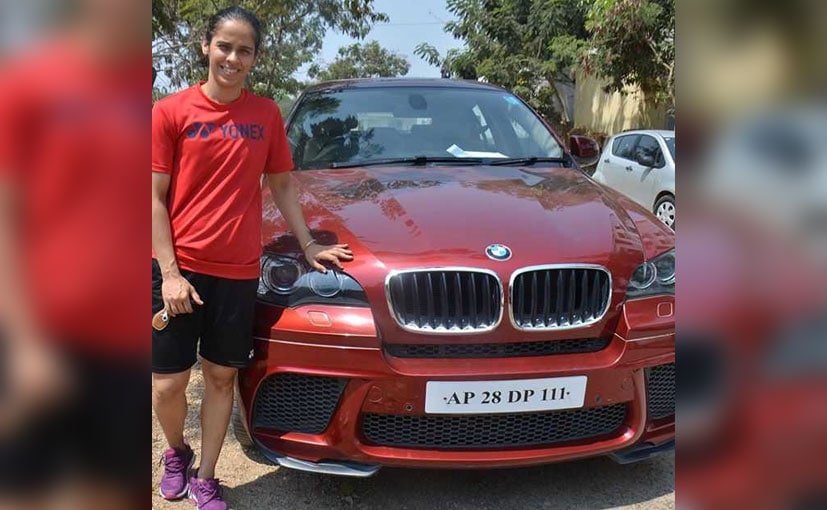 View Photos
The image was Instagrammed by Saina Nehwal

Sports stars and their love for cars; no one can deny it. While we've seen most of the Indian cricketers filling up their garages with some tasteful cars, there are others who are joining the bandwagon. Many take to social media to show their fans what they love driving and 2012 Olympic bronze medalist, Saina Nehwal, did just that. The former world No.1 posted a picture on social media with her BMW X6 with a caption that read 'I love my car'.

It was only time when her fans caught wind of this post and the started commenting on her post congratulating her for her choice of the BMW X6. From what we can see, we're sure that this car has been with her for sometime now and it's the first generation of the X6, in fact the facelift which was launched in India in 2013. At the time prices for the car with the diesel engine started at ₹ 78.90 lakh while the petrol one cost ₹ 93.40 lakh. Clearly, Saina loves mixing the coupe and the SUV world and the X6 is a blend of just that. It's got a unique and an expressive design which combines athletic and elegant coupe lines with the dynamism of a BMW X model.

I love my car

Mahindra Alturas G4
₹ 28.69 - 31.69 Lakh *
View More
Subscribe to Our Newsletter
Over 1.5+ Lakhs subscribers
Thank you for Subscribing to Us